When the Good Samaritan noticed ducklings in a storm drain, he climbed down to rescue the baby animals. 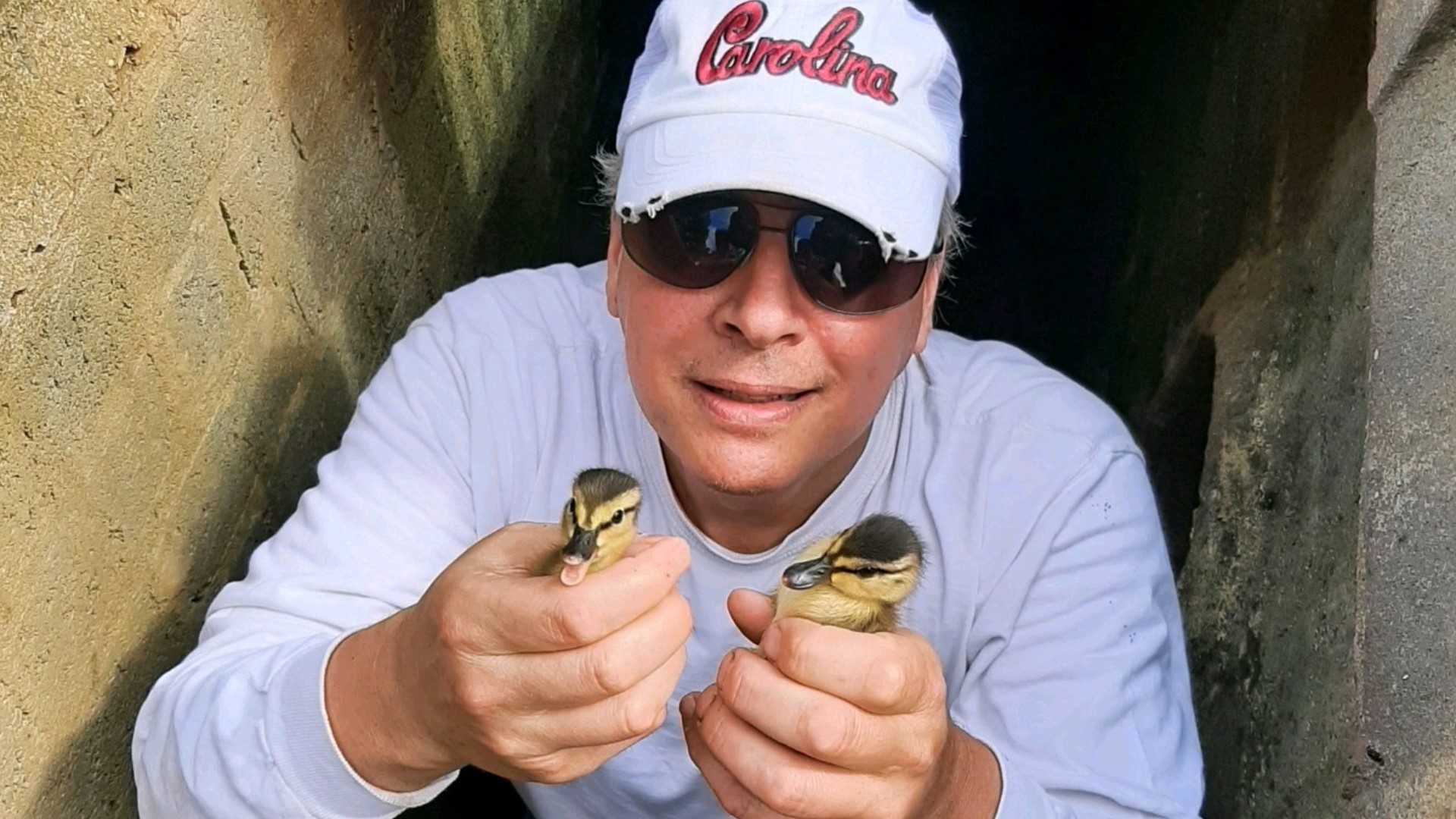 CHARLOTTE, N.C. — A Charlotte man came to the rescue of baby ducklings who fell down a storm drain in a Quail Hollow neighborhood.

Michael Plumides told WCNC Charlotte he first saw the mother duck quaking and worryingly circling the storm drain. When took a closer look down the drain on Greencastle Drive, he saw the baby animals trapped inside.

"The grate was really heavy. It's one of those big iron grates," Michael Plumides said adding another driver helped him lift the grate before he jumped inside to save the frightened ducklings.

"They were all in the corner, very afraid."

Kathy Rowan was on a walk through the neighborhood when she saw Plumides. She pulled out her phone and recorded the rescue.

"It was just so unbelievable," she remembered. "He just jumped in and saved those little ducklings."

Rowan shared the video with WCNC Charlotte and said Plumides deserves all the credit for saving those animals.

She believes the moment will stay with her for a long time.

"I'm just glad I got a chance to witness it because it just touched me. It was a really special moment."

As for Plumides, he said he never imagined his act of kindness would get so much attention.

RELATED: Giant tortoise babies believed to be born for the first time outside of the Aldabra Atoll

The mother duck stopped quaking after she was reunited with her babies. Plumides hopes the act will inspire others to remember how important it is to be kind to animals.

"Animals have the same emotions that we do. They experience sorrow, fright, and love."