Hester Ford died in Charlotte at the age of 116 surrounded by her family. Purple was her favorite color. 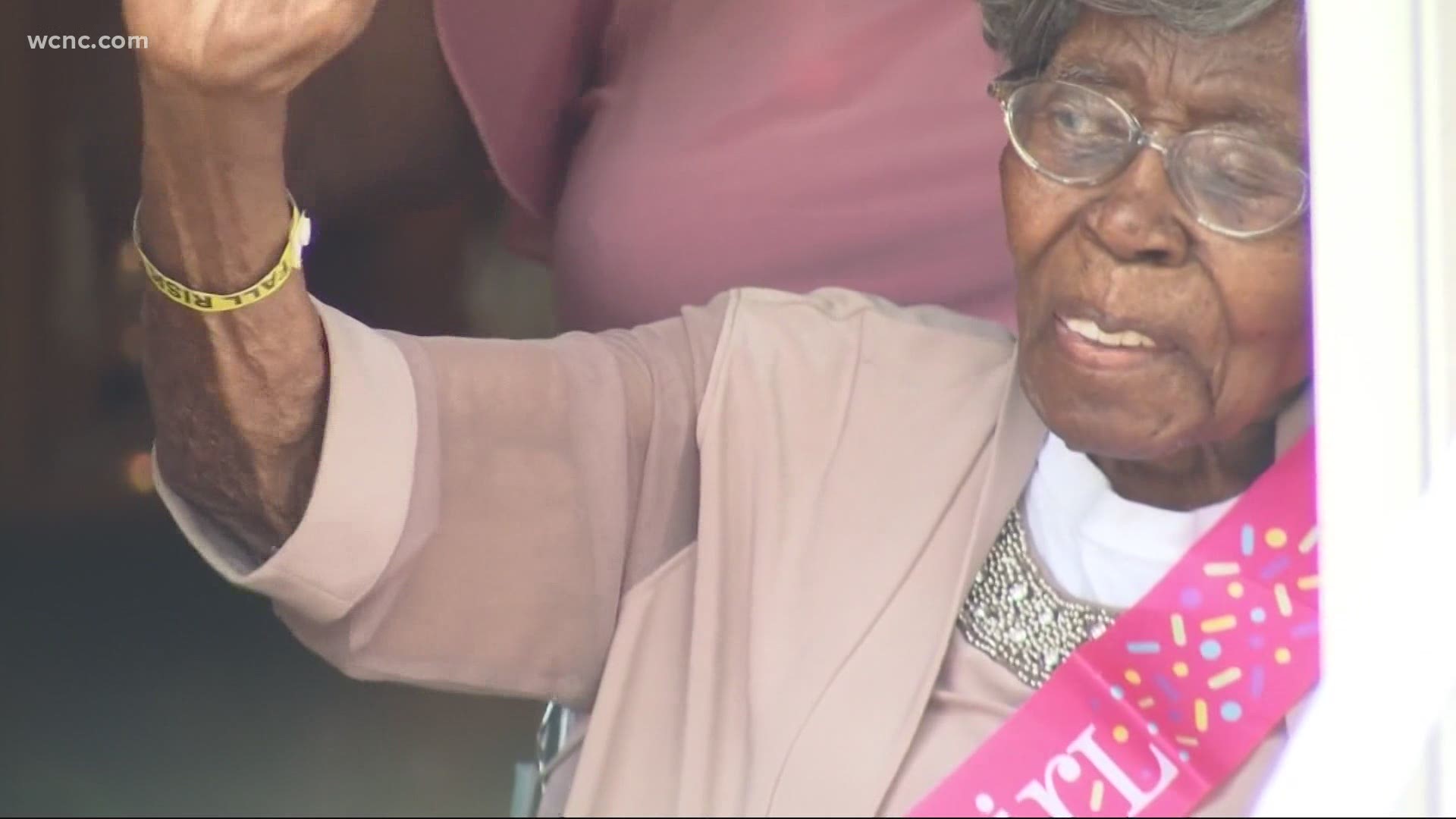 CHARLOTTE, N.C. — The Wells Fargo Lights on the Duke Energy building in Uptown will light up purple Wednesday night to honor the late, Hester Ford, who died on April 17 at the age of 116.

Hester Ford, who was the oldest living American and Charlotte resident, died surrounded by her loved ones at home, according to her family members.

"It's a sad day but it's also a great day in heaven," her great-grandaughter Tanisha Patterson-Powe said. "Although we’re saddened by it, we take great pride in the legacy that she does leave behind."

"She was a pillar and stalwart to our family and provided much-needed love, support and understanding to us all," a statement from her family posted to social media Saturday evening reads, in part. "She was the seed that sprouted leaves and branches which is now our family. God saw fit to make her the matriarch of your family and blessed us to be her caretakers and recipients of her legacy."

Born on August 15, 1904, in Lancaster, South Carolina, Ford lived through countless historical events. In fact, living during a pandemic wasn't a new experience for her -- she was alive during the 1918 Flu pandemic.

"In times that were troublesome, when there were so many injustices taking place, it was her faith that kept her moving," Patterson-Powe said.

When Ford was born, Theodore Roosevelt was elected to his second term as President of the United States. Her family says Ford worked on a farm where she not only planted and picked cotton but plowed the field and cut wood. When she moved to Charlotte in 1953, she worked as a nanny for a Myers Park family for more than 20 years.

A public viewing for Hester Ford will be held on Thursday, April 29 from 11 a.m. to 7 p.m. at 3715 Beatties Ford Road, followed by a private graveside service the following day.

Click here to donate to the Hester Ford memorial fund.