"These men deserve to be recognized for the good they brought to my world, to the whole world, last Friday." 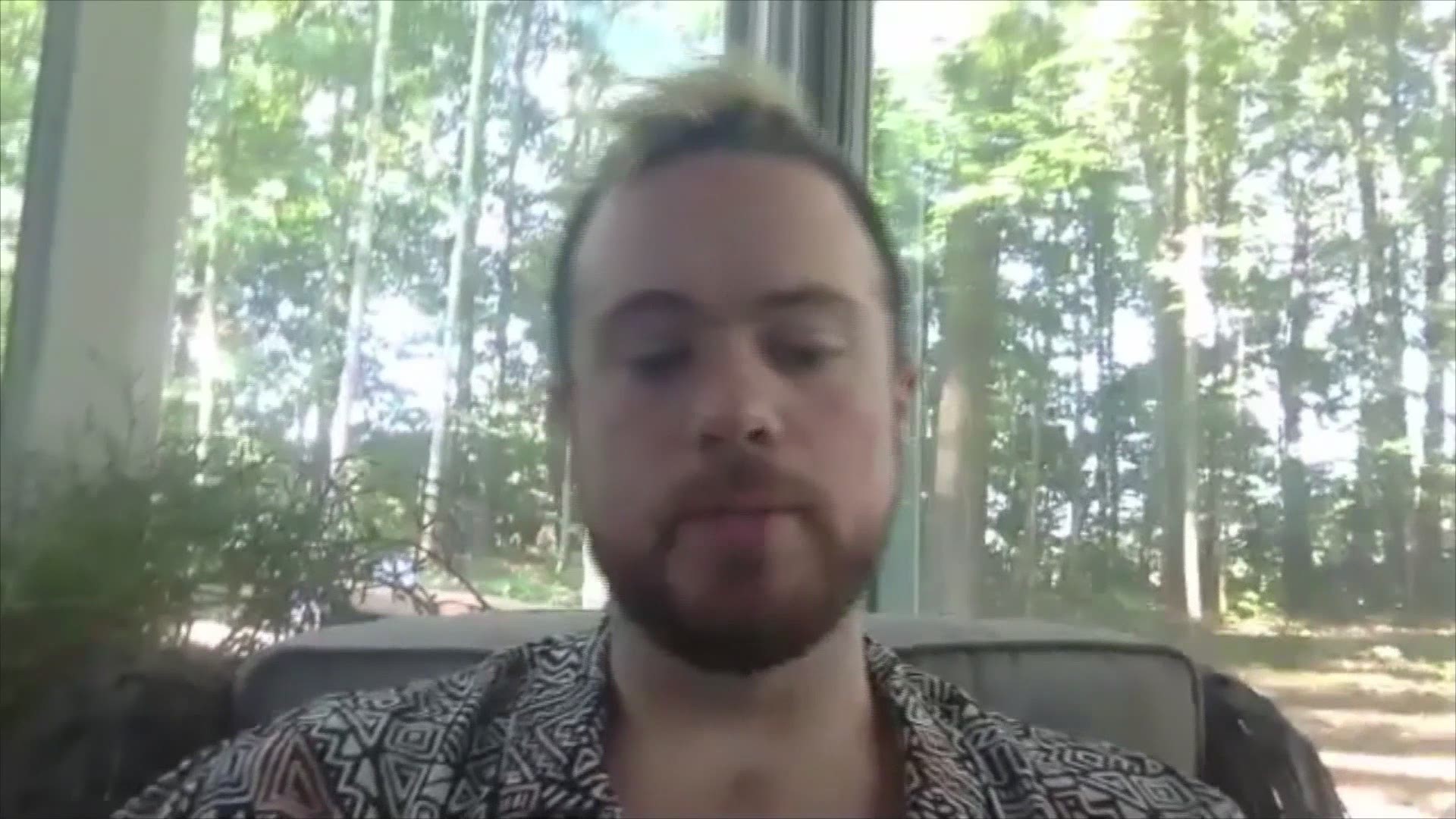 MARS HILL, N.C. — Nicholas Sherwood is beyond grateful. "I thought I was going to die," he said.

On July 31, he was traveling on I-26 to visit family in Johnson City.

His car hydroplaned and ended up on its passenger side near the Tennessee-North Carolina border roughly in the Sams Gap area between Unicoi County, Tenn. and Mars Hill, N.C.

"There was so much weight and so much force on it," he said. Before any first responder could arrive, two men approached the smoky and burning car.

Once they got Sherwood out, one man took him back to his pickup truck. The other, an apparent off-duty firefighter, directed traffic. Sherwood was unable to exchange contact information before the two men left.

"These gentlemen not only saved Nick, but they potentially saved other people. If somebody else had not been able to see to get around it, they could have hit the accident," said Anne Hill Trask, Sherwood's mom. Those two men are our guardian angels and whoever they are, we would love to thank them in person."

Sherwood walked away from the crash with just a few cuts and bruises. Throughout our interview, he called the two men who brought him to safety "superheroes" and "guardian angels."

It was acts of heroism, like on the night of July 31, sparking something within Sherwood to pay it forward.

"Go be a good Samaritan for someone else. Build bridges across these impossible divides that we're facing right now," he said.

Nick described one of the heroes as a white man is his 50s or 60s who may work construction with a hard hat in his pickup truck. The other man was described to be in his 30s or 40s, white with dark hair and a mustache, and was possibly a firefighter.

If you have any information that could help with the search, you're asked to email NicksGoodSamaritans@gmail.com or send him a Facebook message (Nicholas Ryan).