Shirell Bates was 34 weeks pregnant with twins when she was accused of shoplifting items under her clothes. 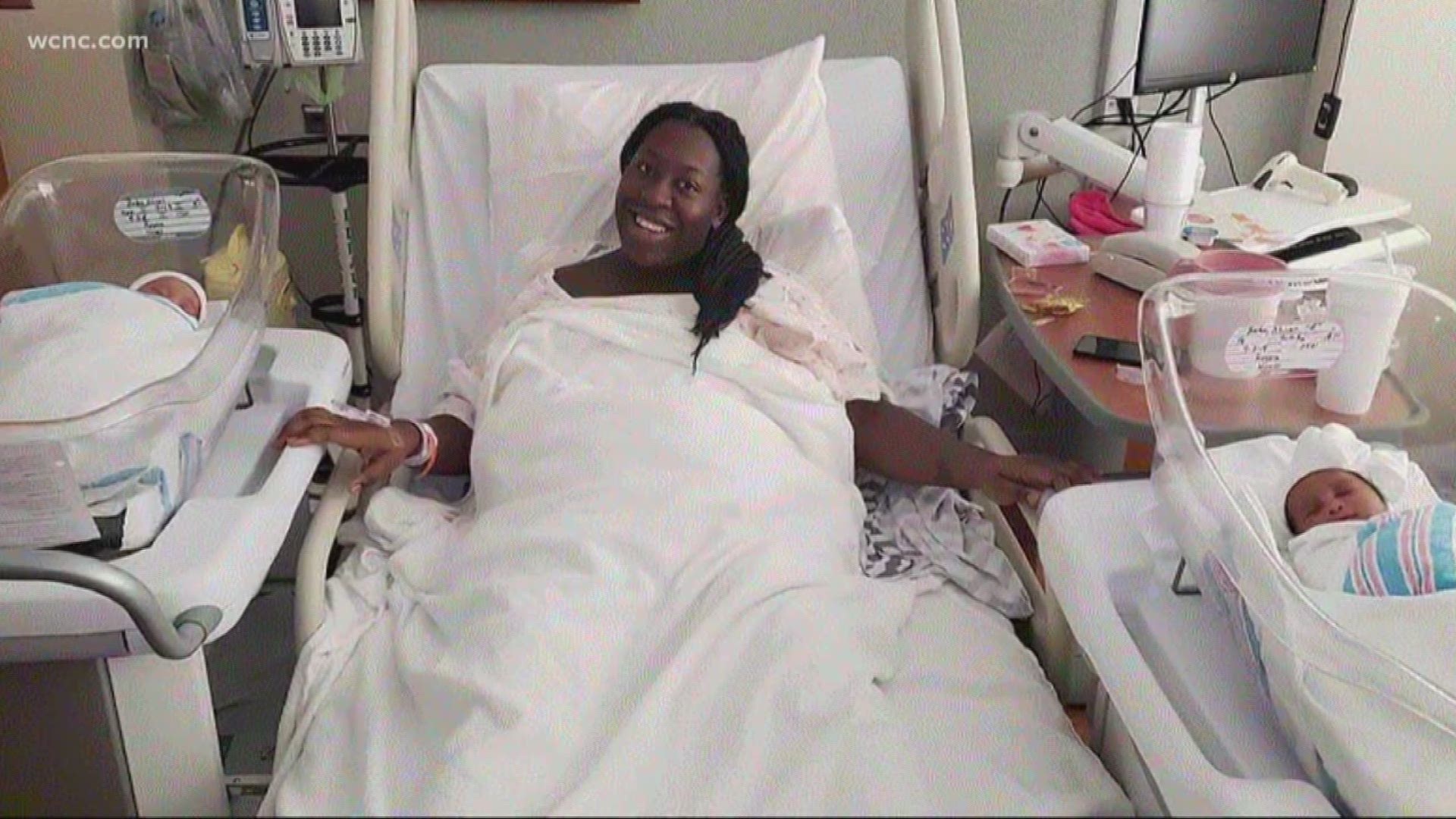 A Charlotte-area mom has turned her pain from bullying into a lesson for others.

Shirell Bates was 34 weeks pregnant with twins when she was accused of shoplifting. She said the store manager at Staples in Pineville asked a police officer to confront her.

When the officer asked what was under her shirt, twice, she pulled up her shirt to show him her stomach. Bates said the whole experience left her horrified and traumatized.

The manager of the store was fired, but, unfortunately, that wasn't the end of her pain. But now, she's turning the whole negative experience into a positive one.

"I'm having a boy and a girl," she told NBC Charlotte.

But soon she became embarrassed.

"It was a really, really hard time for me," she said.

As if the shoplifting accusation wasn't bad enough, right after Bates delivered her twins and was still in the hospital, the internet dealt her another blow.

"What happened afterward, I wasn't prepared for," she said. "A photo of me, a pregnant photo of me when I was 9 months pregnant, very, very large, began circulating on the internet."

The picture went viral; the trolls went on the attack.

"It grew a wild amount of attention, hundreds of thousands of shares with awful comments," she said.

For weeks, Bates wrestled with postpartum anxiety as well as newborn twins and a 5-year-old.

Then she had an idea. She turned her experience into a children's book.

"The name of this book, Wooly Bully," she said.

It's a way to stand up and be stronger than the bullies and teaching kids to do the same.

"I feel like this book was a mandate for me. it was for me to be able to use the energy from a negative experience and show what the outcome would be," she said.

The outcome for Bates now is a positive one.

"Everything happens for a reason," she said.

The book went on sale at the beginning of the month. It's now being sold internationally.