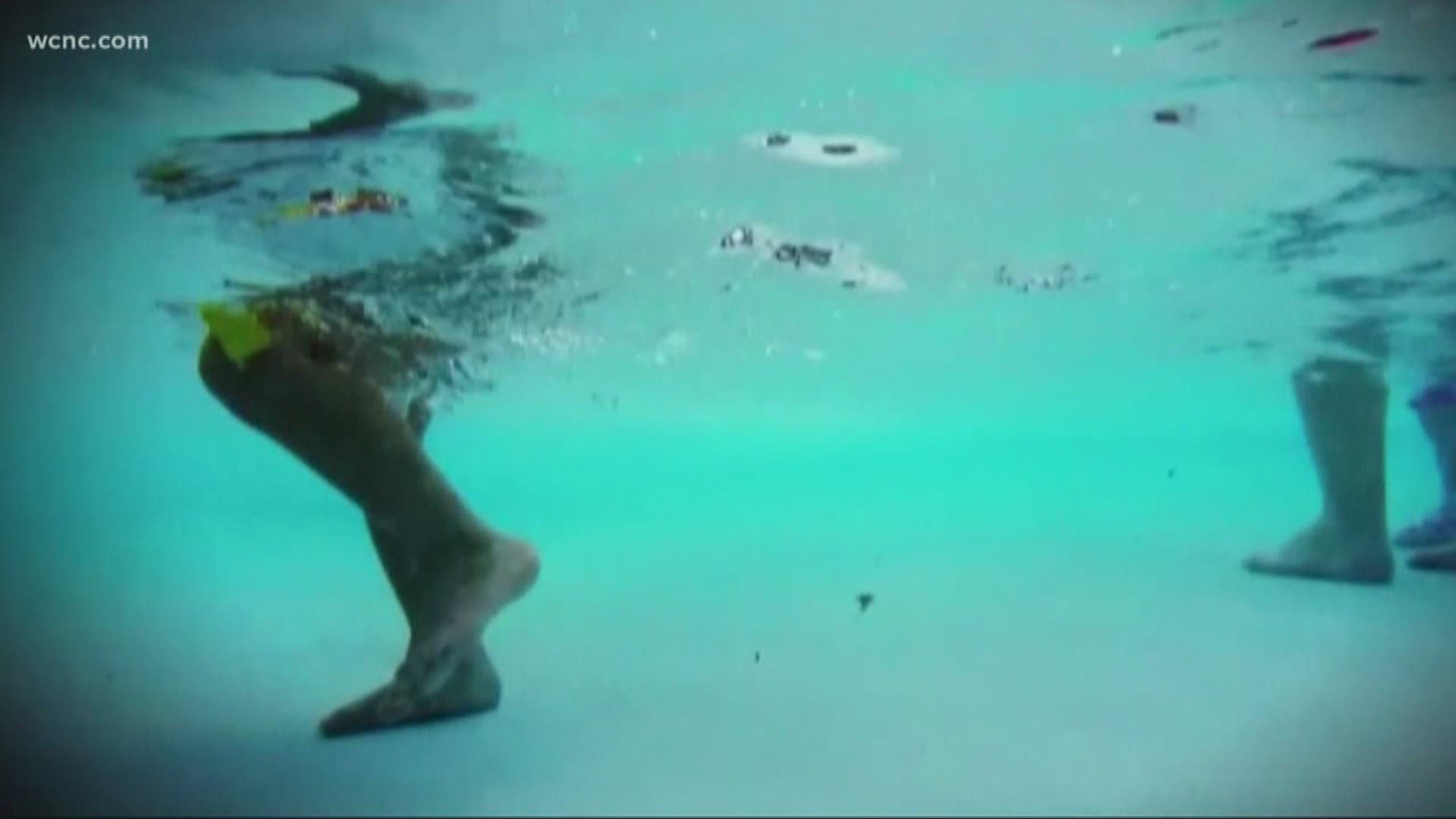 CONCORD, N.C. — A warning for parents as pool season heats up along with the temperatures outside: officials say keep a close eye on your kids. Officers have already seen a number of close calls with young children.

"It was the scariest moment of my life," Tammy Gubert said.

Tammy's five-year-old son Troy hardly stops talking, but this past Memorial Day Weekend, his mom thought she'd never hear him speak again. Her son Troy nearly drowned at a family barbeque. It happened while everyone was getting ready to eat.

"My mother gave him CPR until she couldn't anymore," Gubert said. "Then I took over."

Drowning is the leading cause of children's deaths for those under the age of five. Statistics show the Carolinas crack the top 10 nationwide for pool drownings.

The city of Concord and its fire department are pushing for CPR and pool safety.

"It can happen that fast where you've turned your back and that kid goes off to the side or into the water and he's down," said Josh Kelly, an engineer with the Concord Fire Department.

Thankfully in Troy's case, his grandma and mom knew CPR.

"You bring your children into this world and for a short time my son wasn't breathing," Gubert said. "It's the scariest time."

'Nobody can replace her' | Hundreds gather to mourn teen drowning victim