An 8-year-old wrote Steph Curry a letter asking to surprise his dad. He never expected this response.

Famous for hitting three-point shots and winning NBA titles, Charlotte native Steph Curry surprised a young fan from South Carolina after getting a letter from the boy who wanted to get his dad a pair of shoes for Father's Day. 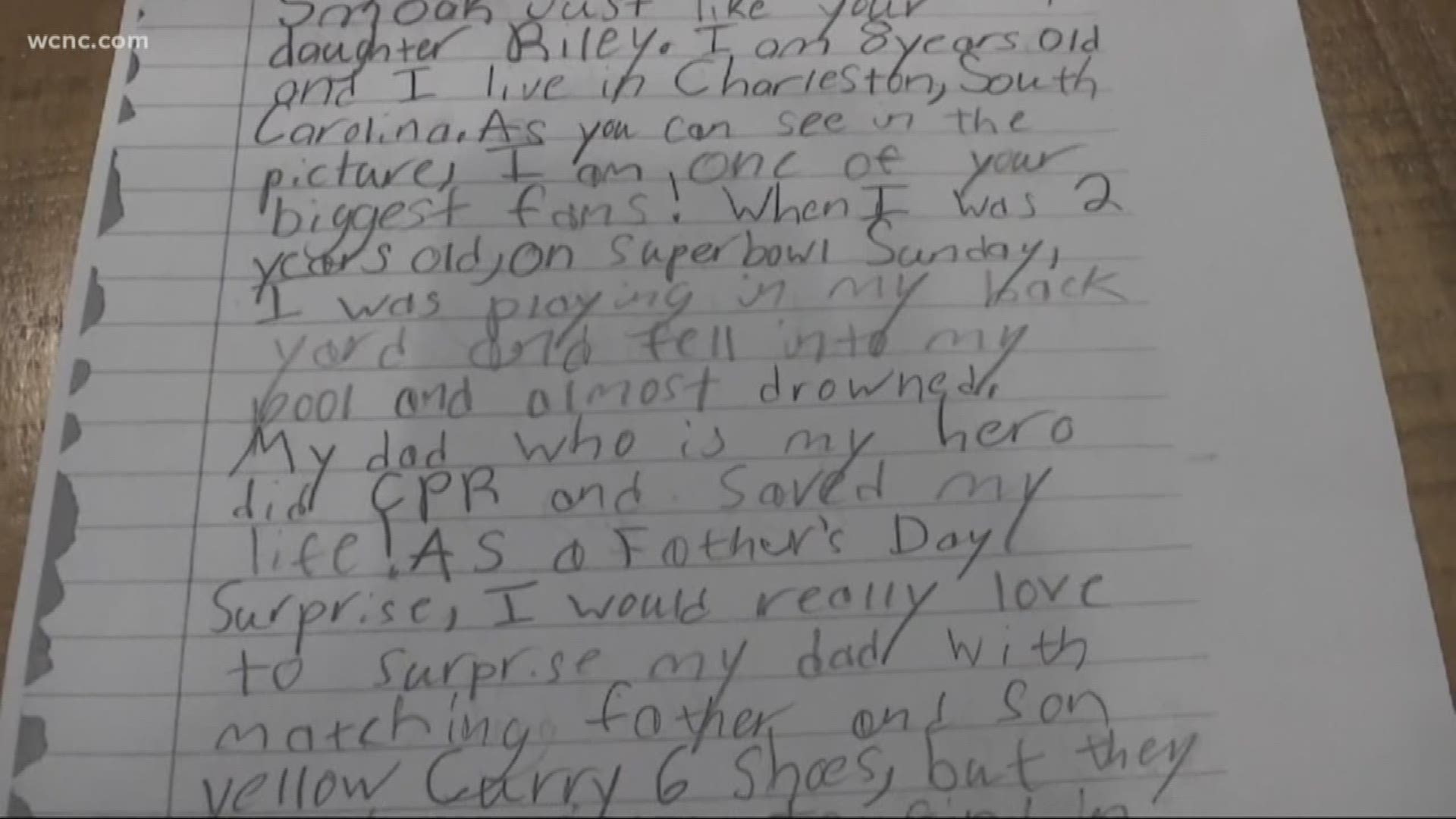 CHARLESTON, S.C. — NBA superstar and Charlotte native Steph Curry touched the hearts of a South Carolina family this week and it had absolutely nothing to do with what he did on the basketball court.

Curry received a letter from 8-year-old Jackson Smoak, who said Curry is his favorite player. In the letter, Smoak said he wanted to surprise his dad with a pair of Curry's signature Under Armour sneakers. Unfortunately, he couldn't find his dad's size.

"He's all the way on the other side of the coast, so I didn't think he would respond," Jackson told NBC affiliate WCBD. "But he did and here we are on TV."

Jackson's mom posted the news on Facebook and praised Curry for his generosity.

"What a moment we won't ever forget! Now THIS is how athletes make impressions!" Kayce Smoak wrote.