Behind the beautiful, powerful murals in Charlotte

It's hard to miss Abel Jackson's art around the Queen City. 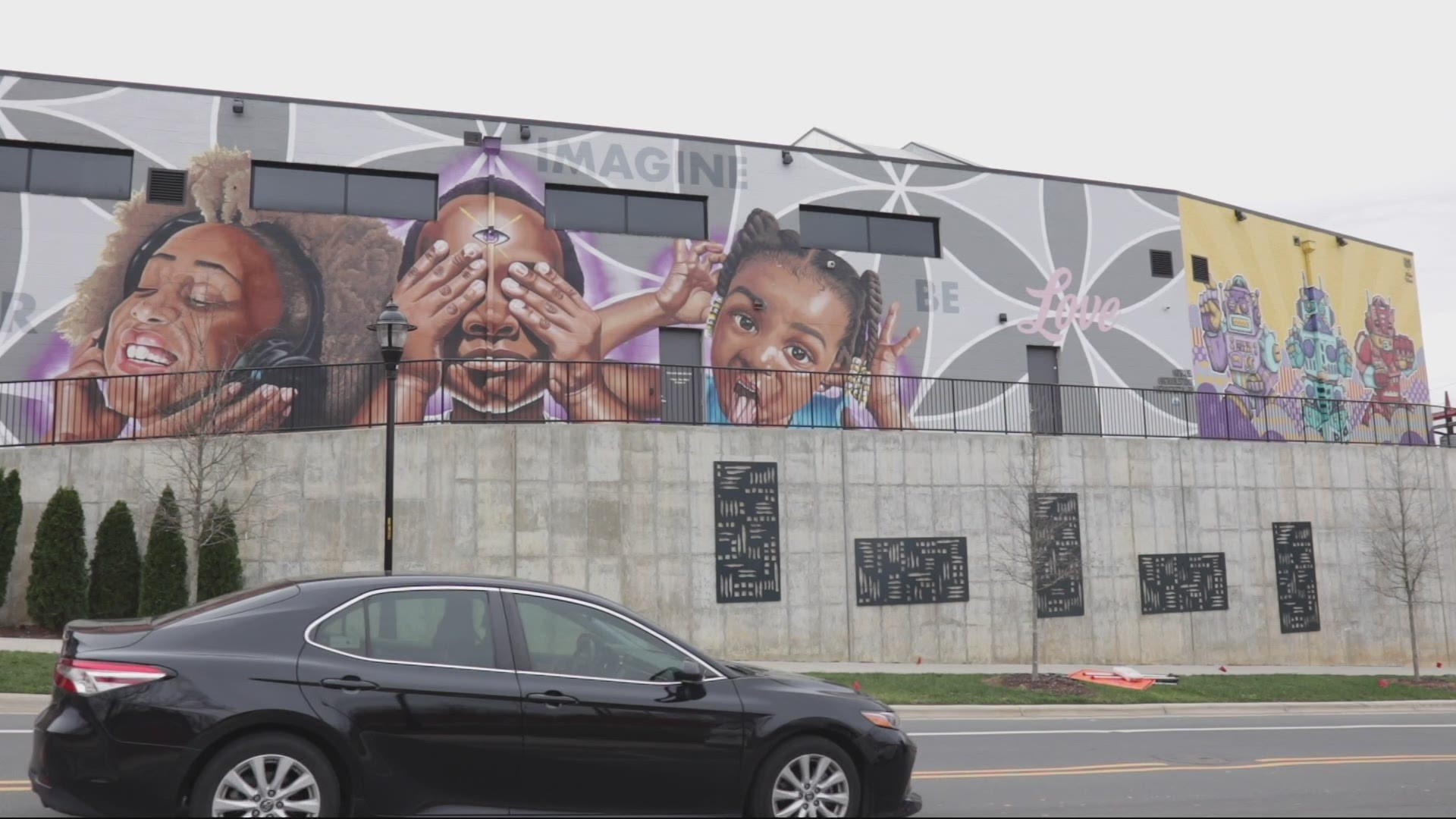 "My main thing is to be true to myself and to express myself freely ... and then share that with other people, " Jackson told WCNC Charlotte Photojournalist Reuben Wallace.

One of his most recent works, unveiled earlier this year, came through a partnership with the Historic West End partners.

The mural depicts the West End’s Historic streetcar juxtaposed with its new streetcar line and was made possible thanks to a grant as part of the CARES Act.

Jackson said the Charlotte art scene has ebbed and flowed throughout the years, but he believes the Queen City is seeing a "resurrection" right now.

"It has kind of grown bigger and more powerful than ever," Jackson said.

His favorite mural he's done is called "Self Love" and it's on 36th Street. He broke down each element of the mural.

The lady wearing headphones and listening to music is meant to remind people that music can "pick up your spirit, can help pick you up" when you're down, Jackson shared.

The young boy covering her eyes with his hands is supposed to be "imagining love."

The little girl with her tongue out is supposed to encourage people to put themselves "in a state of love, be playful with it, tap into your inner child," Jackson explained.

While it might not be his favorite piece he's done, one mural he's extremely proud of is the one adorning the Mecklenburg Investment Company building.

"That piece is very important to me because it ... gets to capture the history of the city," Jackson said.

Jackson admitted he didn't know the history of that particular neighborhood in Charlotte before he created the mural, and that's why he painted three young boys looking up toward three successful men whom they can get inspired by.

"It's good to have both of those stories when you're looking at your history," Jackson told WCNC Charlotte.