Towner Lewis, an 11-year-old from south Charlotte, knows he's got a lot to offer, but he's still surprised to be included. 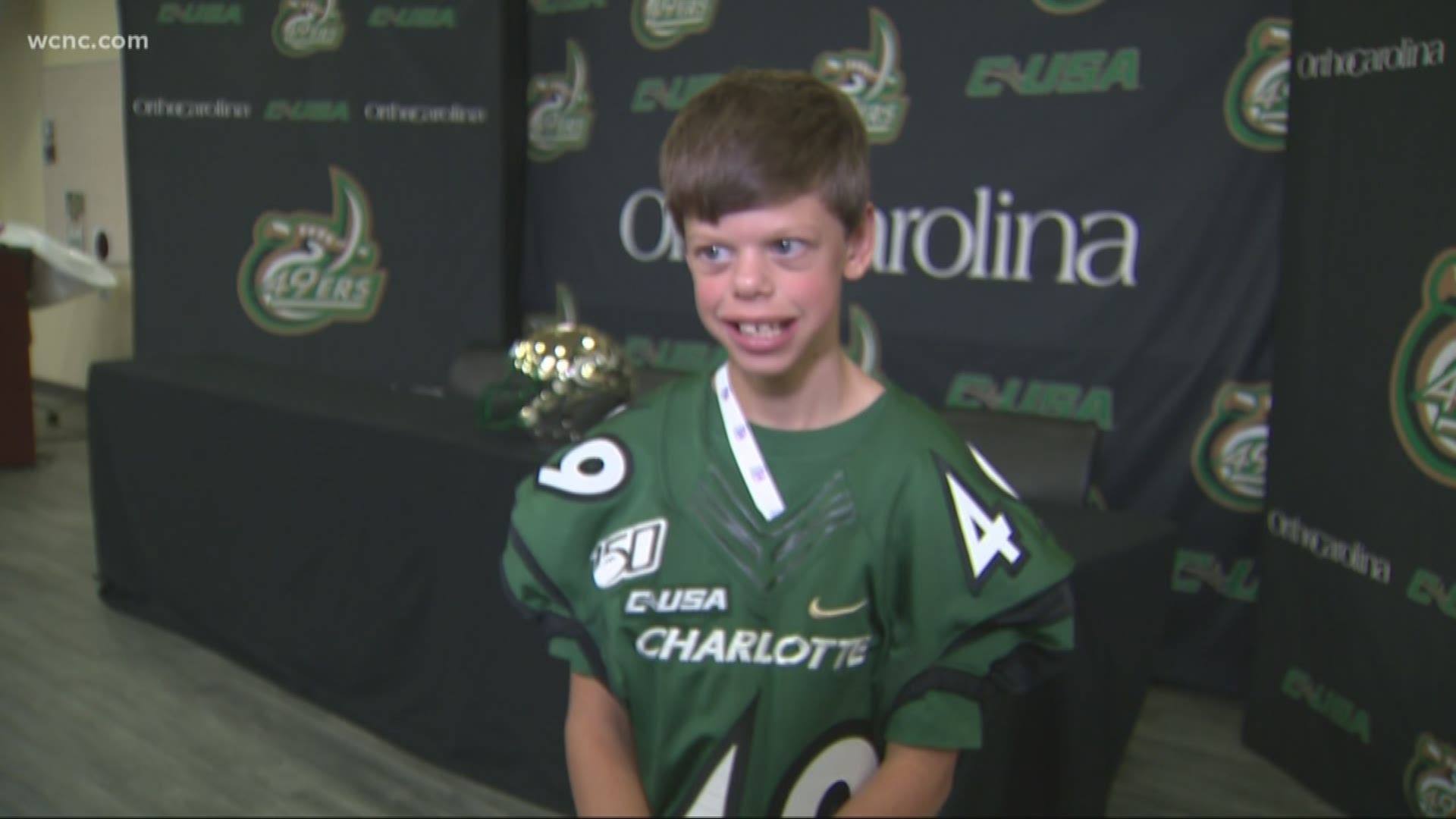 CHARLOTTE, N.C. — UNC Charlotte's football team may be facing a tough schedule, but they've got high hopes for one particular prospect.

Towner Lewis is an 11-year-old with a genetic condition. Though he may not take the field, the 49ers are positive he'll make an impact.

Coach Will Healy liked his new prospect the moment he met him.

"Energy, passion, enthusiasm, positivity, all those things we look for we found in Towner," Healy said.

The south Charlotte boy knows he's got a lot to offer, but he's still surprised to be included.

"I didn't think you guys would invite me, but now I know I'm really happy with you guys," Lewis said.

And they're happy with him. In fact, the 49ers made him part of the team.

"There's some huge guys; they're really fast though."

He may seem an unlikely pick, but this 70-pound dynamo has everything the 49ers look for.

"He's probably had eight or nine surgeries in total."

"Wherever ya go, everyone knows Towner."

And juice? The kid's got gallons of it.

Which is why it only makes sense to make the partnership official.

"Towner Lewis would like to announce that he's going to be a 49er," said Healy.

So the next time you're at a 49ers game, look for Lewis. He'll tell you about the team -- then probably act all humble.

"Don't you think anyone else could be on TV?" Lewis asked NBC Charlotte.

Perhaps, but you won't find a player with more potential than Lewis. His can-do spirit far outweighs his size.

"It doesn't matter who's faster, taller, and stronger, ya know," Lewis said.

Lewis plans to attend as many games as his parents allow. His signing with the 49ers was made possible by Team Impact, a nonprofit that connects children facing serious and chronic illnesses with local college athletic teams.

In less than ten years, Team Impact has matched more than 1,800 children with more than 600 colleges and universities.