In the entire state of North Carolina – beer town USA – there are only two black-owned breweries. 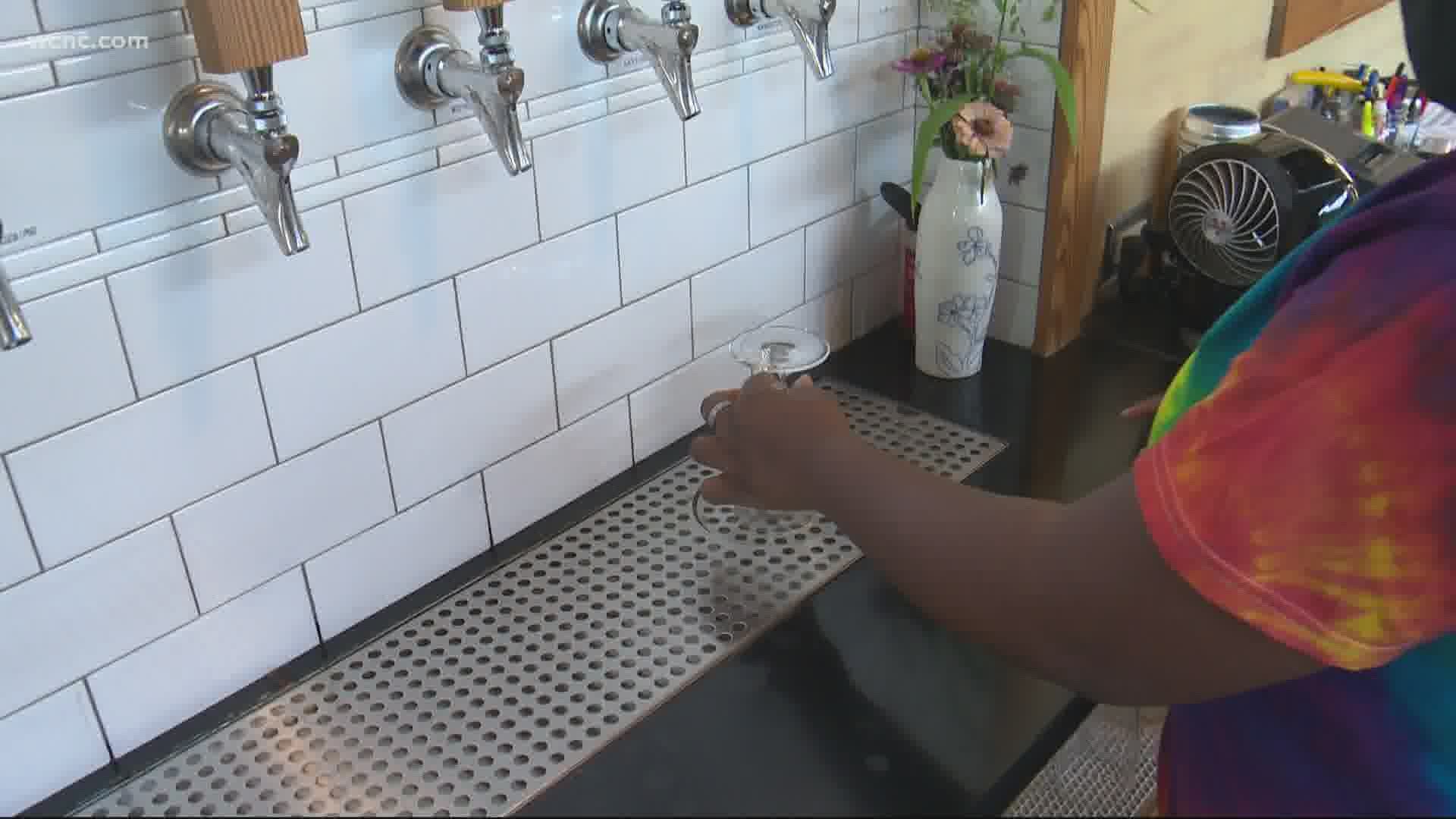 CHARLOTTE, N.C. — A Charlotte woman is on a mission to encourage diversity in the brewery scene by fronting the bill for 100 minority women to get their beer server certifications.

For centuries – beer has brought people together.

But in the entire state of North Carolina – beer town USA – there are only two black-owned breweries.

Brown loves pouring pints and sharing her lifelong love of brews on and off the clock.

But she says the community, large as it is, doesn't include many minorities.

“When you walk into a brewery, a lot of times you may not see someone that looks like you," Brown said. "It can feel kind of lonely, you know when you walk into honestly white spaces, and you're the only black person in the room.”

Through her Beer Chick community, Brown has long been pushing for more inclusion in the beer scene.

“Statistics show that out of all the breweries, there's about 1% that is minority-owned," she said. "There are a lot of barriers that are in place. It’s really mind-blowing. It makes me sad. people don't necessarily I guess see value in you know, bringing us into the space and a part of that conversation."

But she figured she could, and started a campaign to pay for 50 minority women to take the Cicerone Level 1 Certified Beer Server exam.

That quickly doubled to 100, as donations poured in.

“My heart is so happy, my heart is so full because we talk about diversity and inclusion in the beer industry a lot. But a lot of times I don't really see traction as far as you know, what are we doing about it?" Brown said. "What actions are we actually taking? And so I feel like this is something really tangible we can do.”

Thousands of years after the first beer was poured, progress tastes good.

“At the end of the day, it's not just beer, it's so much more than that because I’m bringing the whole beer community together," Brown said.
Cheers to that.

RELATED: Navy hero honored for saving child, caregiver who had fallen into river

RELATED: Local photographer helping newly unemployed get headshots and get back to work