COVID-19 may have shut down schools but it didn’t stop the music for one local high school choir program. 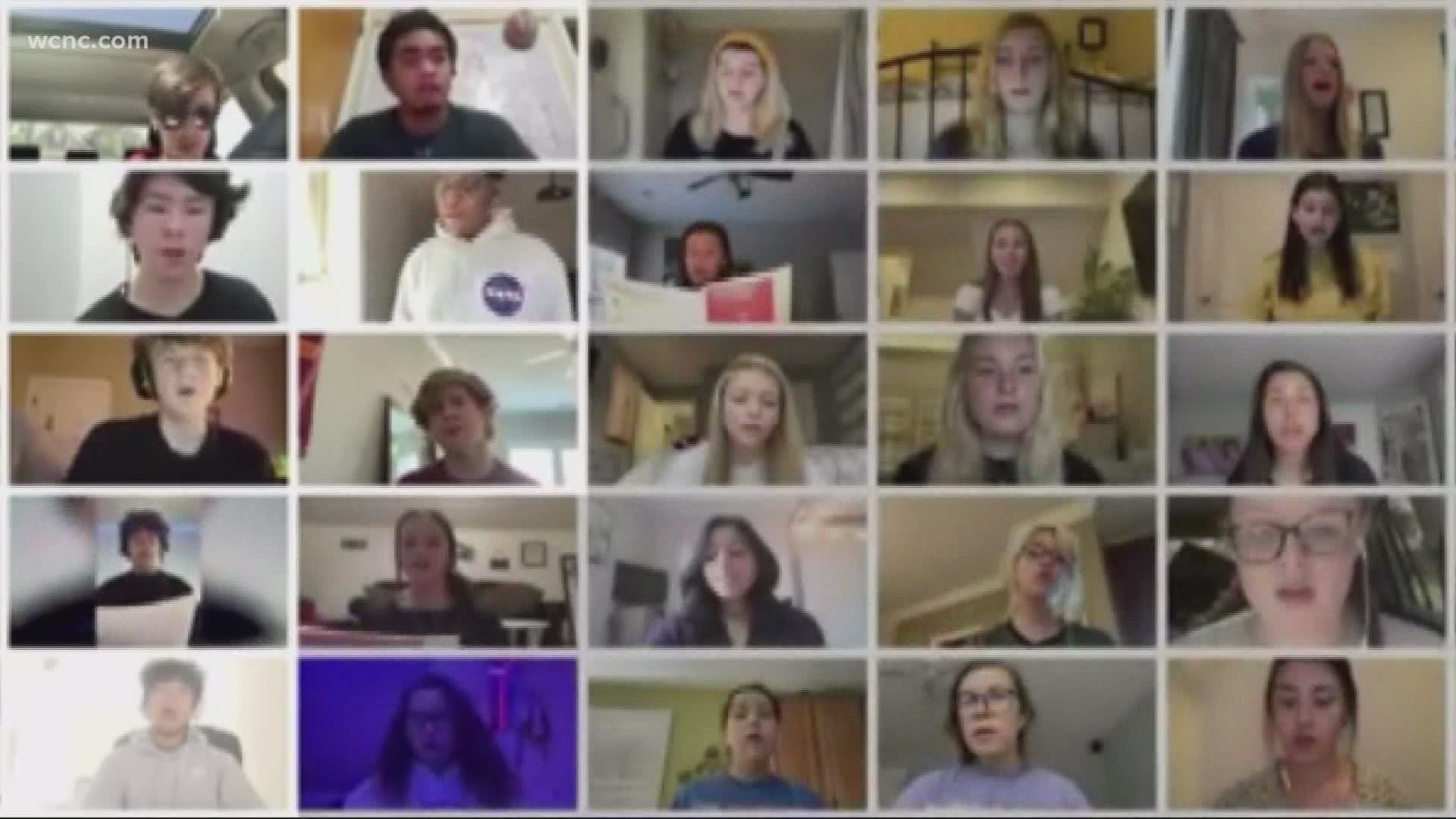 Choir Director Dareion Malone created the plan where 50 students were able to connect virtually to deliver their rendition of Homeward Bound, a song the choir originally planned for the school's 2020 graduation ceremony.

“Many of the students this semester were new to the choir program which speaks to their bravery that they participated in this project,” said Malone.

Adam Gentile, one of the members of the MRHS Choir said he never thought there would be a day he would be singing by himself through a camera.

“It was weird. You would make these videos and you would be listening to the music as well but you would also have to go back and listen to yourself after you sang,” Gentile said.

However, Gentile said it was a project that ultimately brought everyone together as they social distance from the comfort of their homes.

“I really liked seeing everyone’s faces and knowing that we did something and the end of the school year wasn’t ruined I guess,” Gentile said.

Director Malone said it took two weeks of practice and 10 hours of editing to record the two minute and 50-second song posted to Youtube.

Choir members hope it inspires their fellow classmates to be brave as they start a new chapter of their lives.

“I was moved to tears because those are my babies,” said Malone.

“The song was so poignant.” We’ve lost so much over the last three months but how resilient they are and how resilient they been and I just think it spoke to who we are as Marvin High School Mavericks,” said MRHS Teacher Christine Brent.

RELATED: Protester unable to get COVID-19 testing despite recommendation

RELATED: Providence High School senior makes video as a love letter to the class of 2020

RELATED: 'I am more concerned about COVID-19 in South Carolina than I have ever been before,' expert says