Richard Sexton, a Charlotte businessman, finished his 750-mile run across the Carolinas to raise awareness for the nonprofit Champion Autism Network. 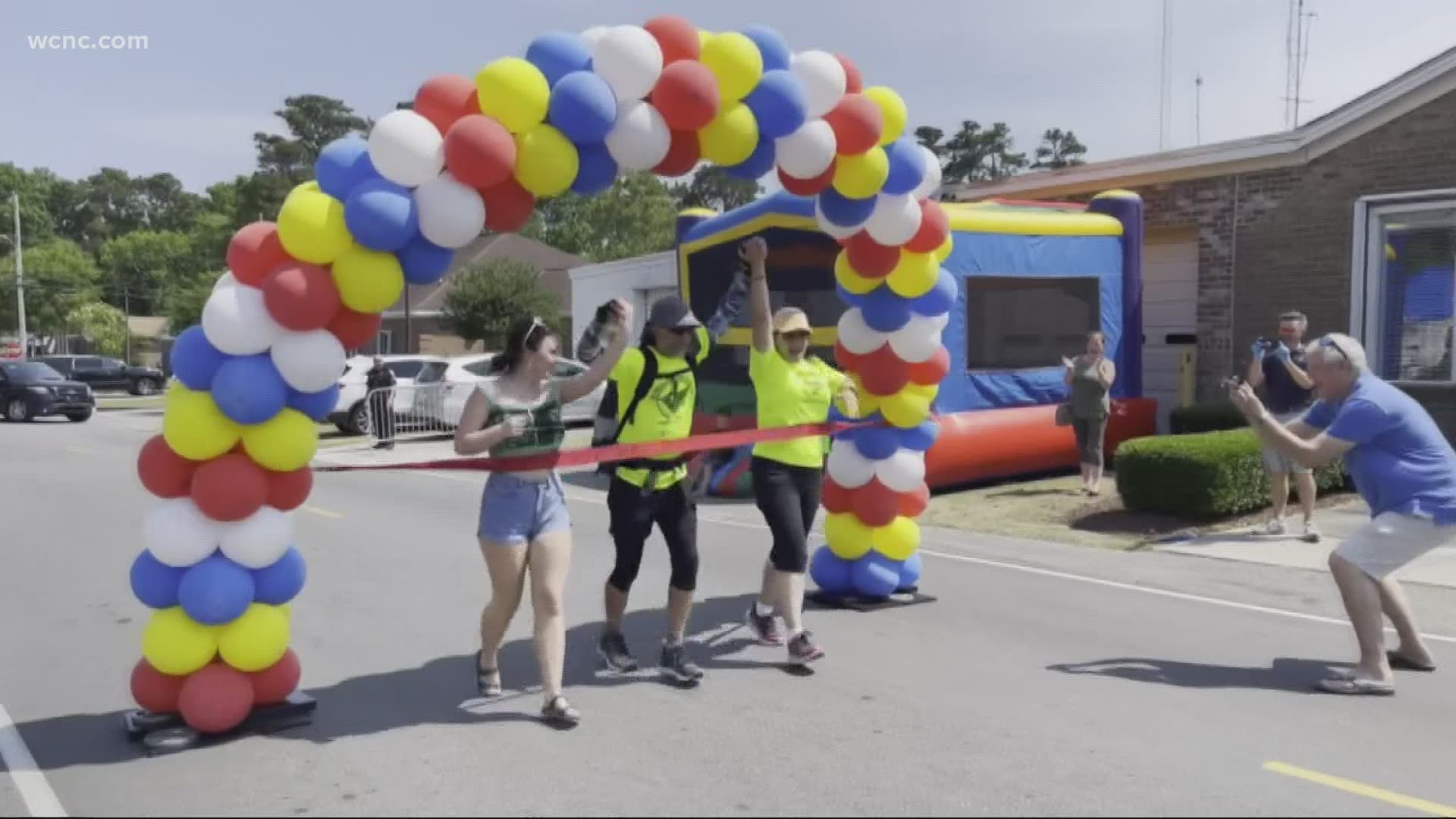 In a month's time, Sexton completed that journey and raised more than $40,000 for Champion Autism Network, a South Carolina nonprofit that helps raise awareness across the region.

“At least every other day we had some type of interaction of somebody along the way who had some autism connection," Sexton said.

Sexton was awarded a key to the city of Surfside Beach and the mayor proclaimed May 26, 2021, as "Richard Sexton Day" to honor his accomplishment.

"It kind of reaffirmed my faith in humanity and just the impact in terms of what we’re doing," Sexton said. "The autism community, in general, has given us a lot of energy going forward."

And if running 750 miles wasn't enough, Sexton did it while carrying a 25-pound slam ball, affectionately named "Slappy," on his back. Sexton said Slappy represented the weight carried by families who are affected by autism day in and day out.

“I can put that ball down when I’m done and people who have autism in their family or other challenges really don’t have that luxury," Sexton said.

Champion Autism Network was founded in 2012. The nonprofit works to create spaces for individuals with autism to connect with others, as well as provide necessary resources in their everyday lives. With the money raised during Sexton's journey, the organization will be able to expand its network and raise even more awareness than before.

“It goes right into programs for job training and sensory-friendly experiences, helping families," explained Sexton. "It's really a grassroots effort."