Nearly a decade after being diagnosed with kidney disease, Cabarrus County man to receive transplant next month

His family is now encouraging others to not stop fighting when searching for a live organ donor. 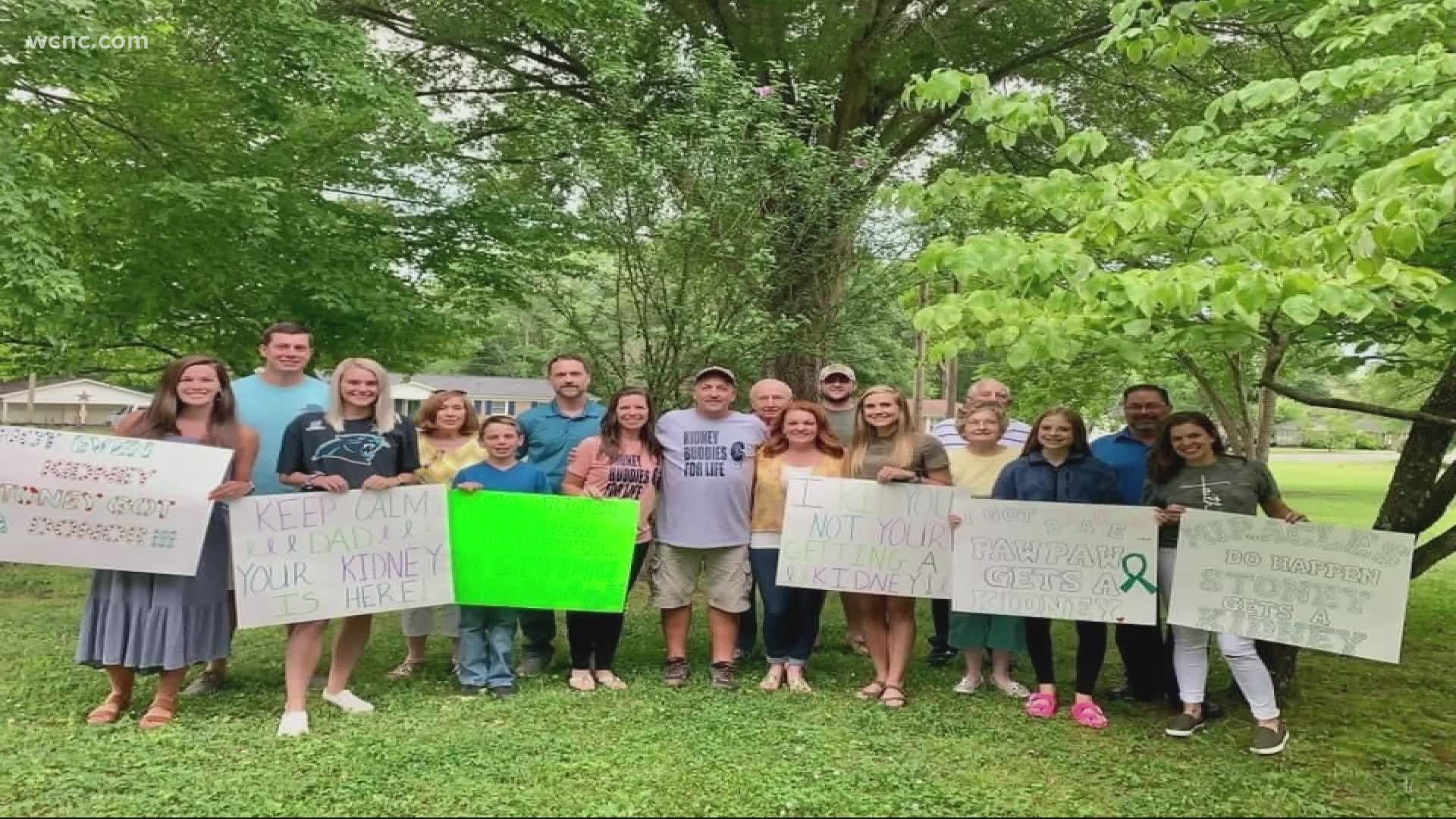 CHARLOTTE, N.C. — The gift of life — that’s what one man is set to receive after months of searching for a new kidney. His family is now encouraging others to not stop fighting when searching for a live organ donor.

In August 2011 Stoney Harrison was diagnosed with Polycystic Kidney Disease.

“Stoney was passing some blood in his urine,” Sheila Harrison said.

His wife, Sheila Harrison, said for a while it was undetectable until a regular doctor's visit turned into seeing a urologist.

“That’s when they seen the cist all covered in his kidney,” Sheila Harrison said.

From that point on, Stoney cleaned up his diet and remained active — but it wasn’t enough. Doctors noticed his kidney was functioning at 30% so they were forced to remove it.

Stoney Harrison needed a new kidney, but it couldn’t come from his family. Sheila Harrison has had a history of cancer and melanoma, and his daughters couldn't be tested because it's a hereditary disease.

“I said, 'Look, no one is coming to our front door [saying] I’ve got you a kidney — it’s not going to happen, we have got to get out there and find you a kidney,” Harrison said.

Sheila Harrison sprang into action. She posted to social media, made a website, flyers, car magnets, window decals — you name it.

Then they received the ultimate surprise from a woman Sheila Harrison used to know from church 10 years ago.

After months and months of advocating, doctor visits, and slow responses due to COVID-19, the Harrisons found a match this past Father’s Day.

“He’s like 'Oh my God, I’m getting a kidney,'” Sheila Harrison said

The Harrisons are hoping their story inspires other families going through a similar situation to remain hopeful, have faith, and do the research.

"My husband’s sick, he had to have a voice," Sheila Harrison said. "Be that voice, and if you don’t know how to find someone that can — be that voice."

Sheila Harrison has one big piece of advice for others: if there's a will, there's a way.

“Never ever give up," Sheila Harrison said. "Don’t lose hope trust in God.”