Richard Sexton is gearing up to run a marathon a day from April 28 to May 26 while carrying a slamball. 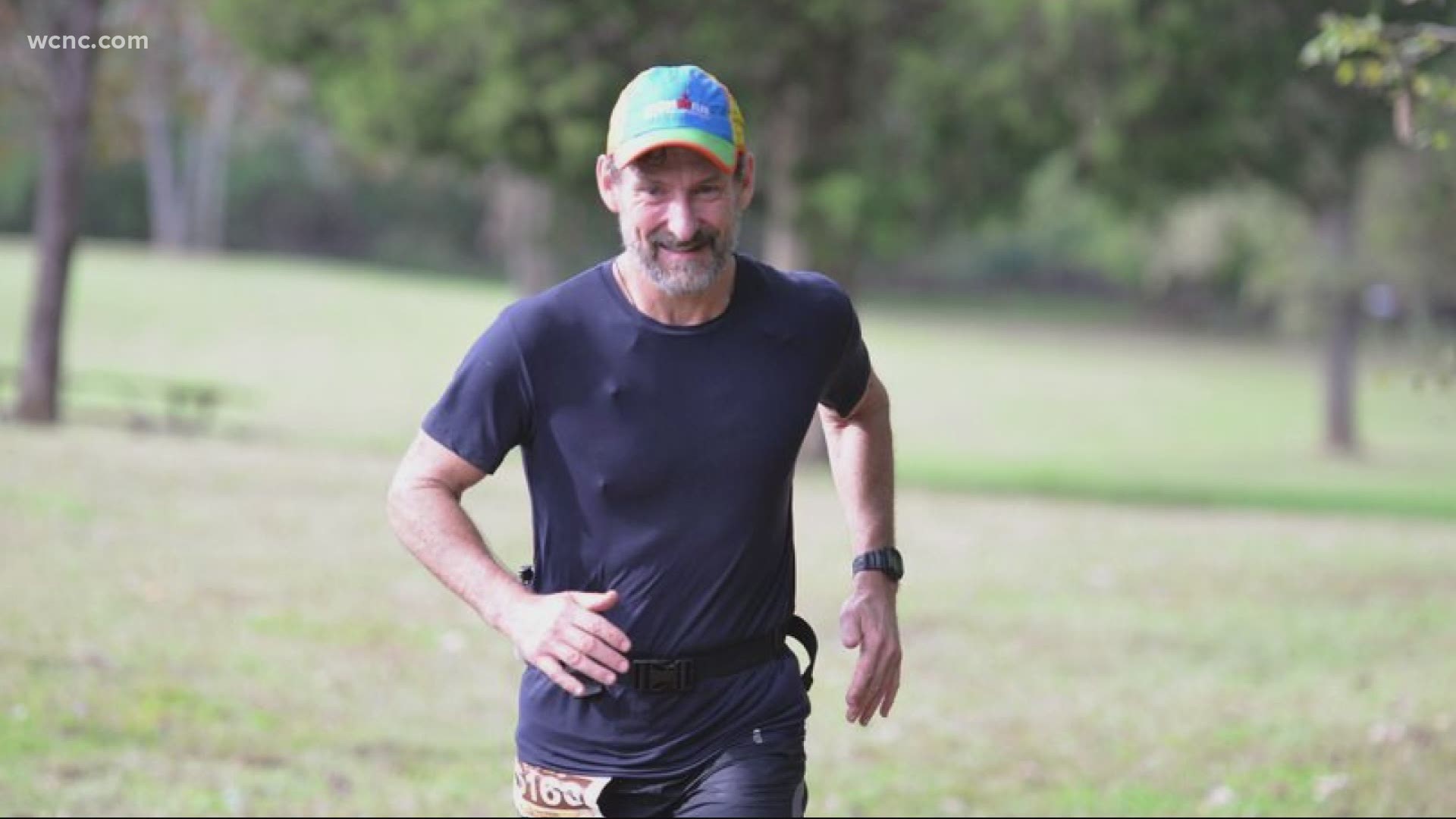 CHARLOTTE, N.C. — As we gear up for World Autism Month this April, a Charlotte man is training to run across the Carolinas to raise money for those affected by autism.

Richard Sexton is hoping to raise $50,000 for Autism Awareness Month this April.

“It’s a little bit daunting to think of but one step at a time,” Richard Sexton said.

Sexton is gearing up to run a marathon a day from Hothouse, N.C., to Surfside Beach, S.C., from April 28 to May 26 while carrying a slamball.

His efforts are to support a unique fundraiser called Carolinas CAN Ruck for Autism through Champion Autism Network.

“We provide traditional family experiences modified for people with autism,” the founder of CAN, Becky Large, said.

Sexton, who is an experienced ultra-marathoner, was inspired by his child who was adopted from China.

He was also inspired by his students as an early childhood education substitute teacher.

He says the slamball named “Slappy” represents the weight that families and those affected by autism must carry every day.

“He is 25 pounds and what I do is put him in a rucksack,” Sexton said.

So far Champion Autism Network has raised $10,000 towards the cause.

The organization is hoping Sexton’s passion will inspire others to join his journey to support families with autism in need.

“Sponsorships would be wonderful and besides that, we want to educate people with autism awareness,” Large said.

RELATED: 'It has been unbelievable' | Charlotte artist sees success during pandemic