Two years ago, 19-year-old Connor McLane lost his life in a car crash. Because he was a registered organ donor, he gave four people a second chance at life. 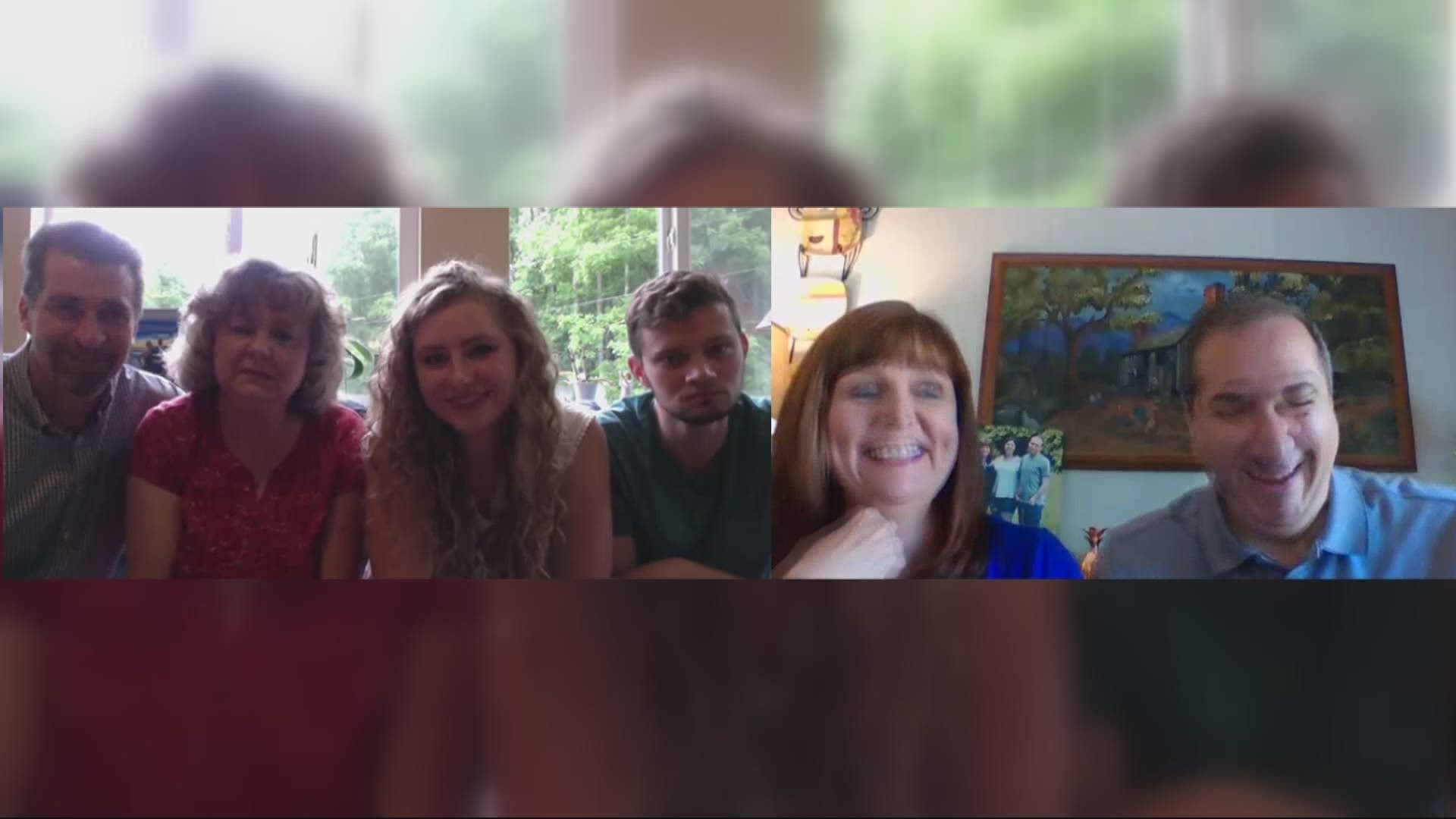 CHARLOTTE, N.C. — A Charlotte man had the opportunity to virtually meet the family of his organ donor for the very first time.

If you sit down with Connor McLane’s parents, Cindy and Charlie, you’re likely to hear a story about their son’s love for sweets — Cheerwine and brownies, specifically — or the passion he had for helping others succeed through tutoring and children’s ministry.

“He was a very gregarious individual that connected individuals,” Charlie McLane said.

But now in his absence, the two are getting to witness the fruits of his proudest title — organ donor.

“That was probably the most precious gift that he has ever left me," Cindy McLane said.

Two years ago, Connor McLane, a student at Western Carolina University, lost his life in a car crash. The 19-year-old’s decision to register as an organ donor saved Bob D’Amelio’s life.

D’Amelio says living with liver disease since he was diagnosed in January 2017 was unimaginable. He said he probably lost 80 to 90 pounds.

“Some weeks I would be in the peritonitis procedure room at CMC and they’d take 7 liters out of you," D’Amelio said.

Research shows an average of 22 people die every day because an organ isn’t available in time. According to LifeShareCarolinas, 3,264 people are on the waiting list in North Carolina.

D’Amelio said the opportunity to enjoy more memories with his family is something he couldn’t wait to express to Connor’s parents after virtually meeting them Sunday for the first time through LifeshareCarolinas.

“I needed to reach out to say that gift of having an organ donor was just an amazing gift to give," D'Amelio said. “We had to say thank you.”

His life was not the only life Connor McLane was able to save.

Along with his liver, Connor McLane’s heart, lungs and kidneys are giving three others a second chance at life.

“Out of tragedy can come something brilliant,” Charlie McLane said.

The McLane’s are looking forward to celebrating with all the recipients under one roof and sharing something they all now have in common.

“I think he would be very proud that all of them are appreciating gummy bears and the sweet tooth that he had,” Cindy McLane said.

In the meantime, the McLanes hope Connor’s will to give back as an organ donor will inspire others to do the same.

“Because not only are you giving to bless someone else but the blessings that come back to you are unbelievable," Cindy McLane said.

Those interested can register an organ, eye and tissue donor at any time online at LifeShareCarolinas.org.