A 90% save rate designates it as a “no-kill” community for the very first time. 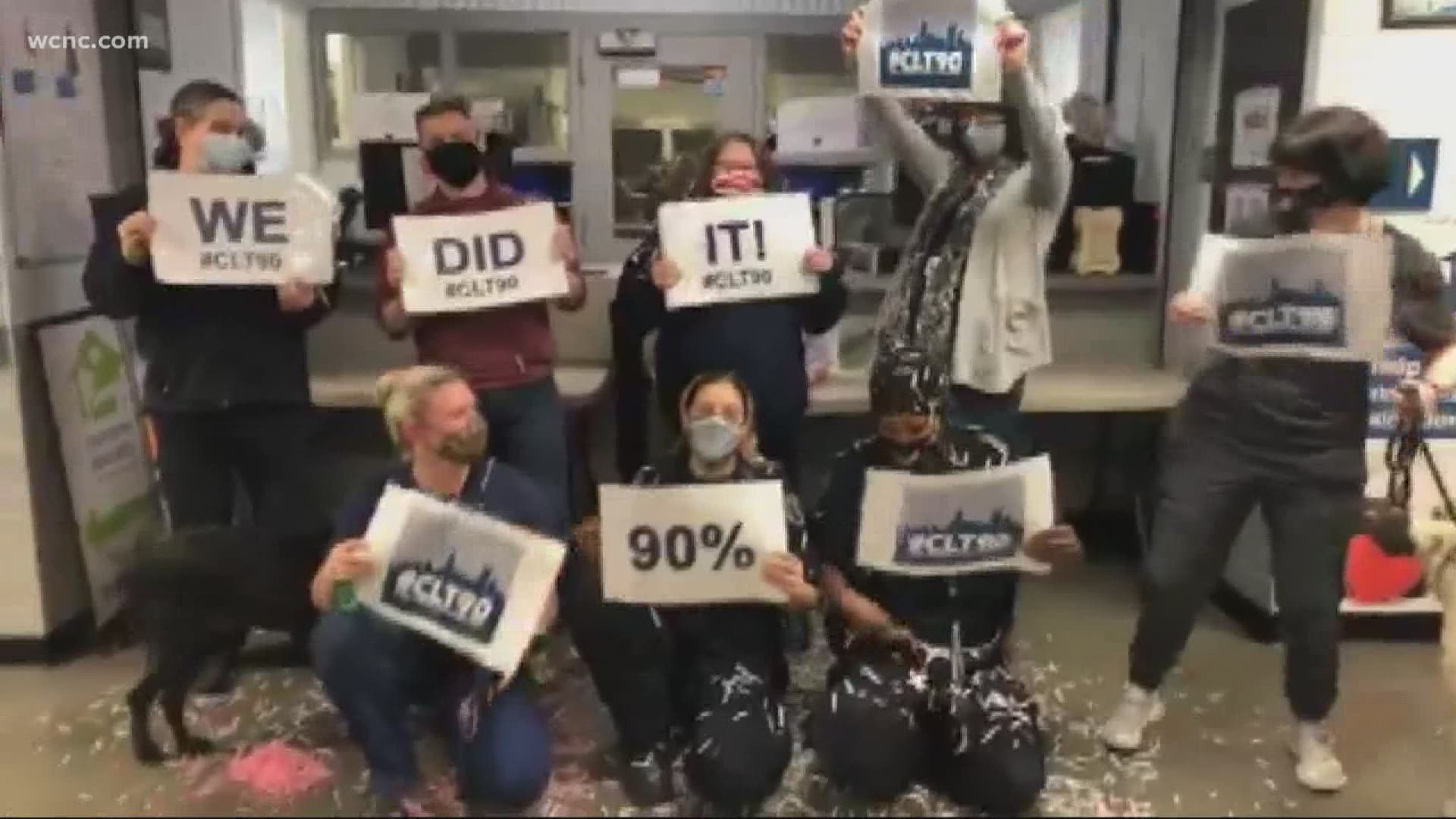 CHARLOTTE, N.C. — Charlotte-Mecklenburg Animal Care and Control just made history as it has just hit a 90% save rate for animals processed through the shelter.

A 90% save rate designates it as a “no-kill” community for the very first time.

"It feels like we are in the 4th quarter of a Carolina Panther’s game and so close to scoring for the win," Melissa Knicely with Animal Care & Control said before the shelter hit their goal.

Animal Care and Control set a goal of adopting out 900 animals in November and December.  So far, there have been 788 pet adoptions in the past two months, according to shelter officials. While the shelter didn't hit its total adoption goal, it did meet the goal in terms of the percentage of adoptions based on the number of animals in the shelter.

Just after closing the shelter on Thursday night, the team posted a fun video announcement on social media to announce they'd met their goal.

We have an announcement to make... pic.twitter.com/rhv1TKxuQr

A local public figure camped out at the shelter to encourage anyone in the Charlotte community who had been considering adding a pet to their family to adopt before the end of the year.

It's important for the community to know the animals all went to loving homes where they will be cared for and spoiled like they deserve.  Shelter officials are adamant they will did not adopt pets out just to hit a goal number, but they are over the moon excited to share they've hit such an incredible milestone.