Charlotte teacher Wil Loesel has done it with a huge smile on his face and his inspirational story got the attention of Ellen. 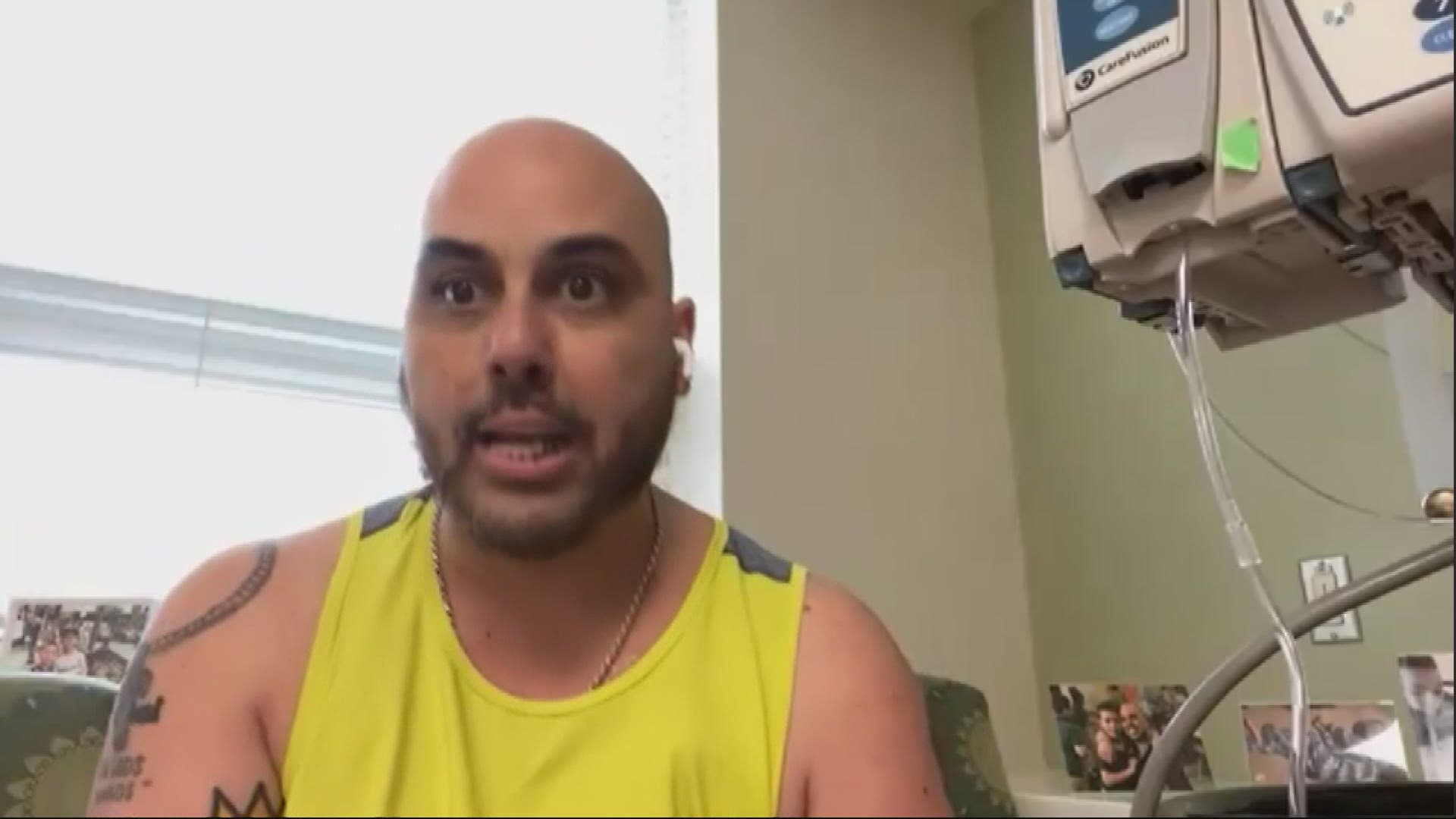 CHARLOTTE, N.C. — Like a lot of teachers, Wil Loesel has had to pivot and find a way to keep the eighth grade math students at Albemarle Road Middle School interesting during through remote learning.

But unlike other teachers, he's been doing it from the hospital as he undergoes chemotherapy for a rare form of cancer. He's done it with a huge smile on his face and his inspirational story got the attention of the Ellen DeGeneres Show. He was featured on Tuesday's show.

Loesel says he didn’t even want the attention for continuing to do his job, he says walking away from his students now just was not an option. But, knowing he's inspiring other people makes his battle a little bit easier.

“I kept talking about how lucky I am, and people kept saying, you have stage four cancer dude, you're not that lucky. But we're at a time when it’s a global pandemic. Millions of people just filed for unemployment,” said Loesel.

It’s not what many others would think while sitting in a hospital bed but even as he undergoes aggressive chemotherapy, he’s grateful. He's still teaching middle school math, his true passion he discovered after 15 years in corporate America. It’s his first-year teaching with Teach for America. He loves the job and says he wouldn't be able to do if classes were in person.

“I’m here for 96 hours at a time and there’s not that much good stuff on Netflix. Being able to zoom with the kids and help them and hear them make jokes and laugh is awesome, I could do that for hours," he said.

Teaching is a different form of medicine. His positive outlook is remarkable, and he’s still been a rock for his 2 sons. They are 10 and 7 years old. His story has garnered national attention and even caught the attention of Ellen's producers. They did a long zoom interview and he was told he’ll be on the show Tuesday.

“I don't even know what to expect! so I’m just going to watch,” he says.

So many people are struggling with the fear and uncertainty of the coronavirus but Loesel’s positivity is a reminder that a little perspective goes a long way.

“I don't have to worry about looking for a job after I finish chemo. I don’t have to pay for my bills, I have health insurance, my school has been so supportive of take care of your health first,” he said.

A GoFundMe has been started to help Loesel's family with medical bills. You can click here for more information.