By chance, Milo Surdam found the man who was hurt in the incident, helping him out in a time of need. 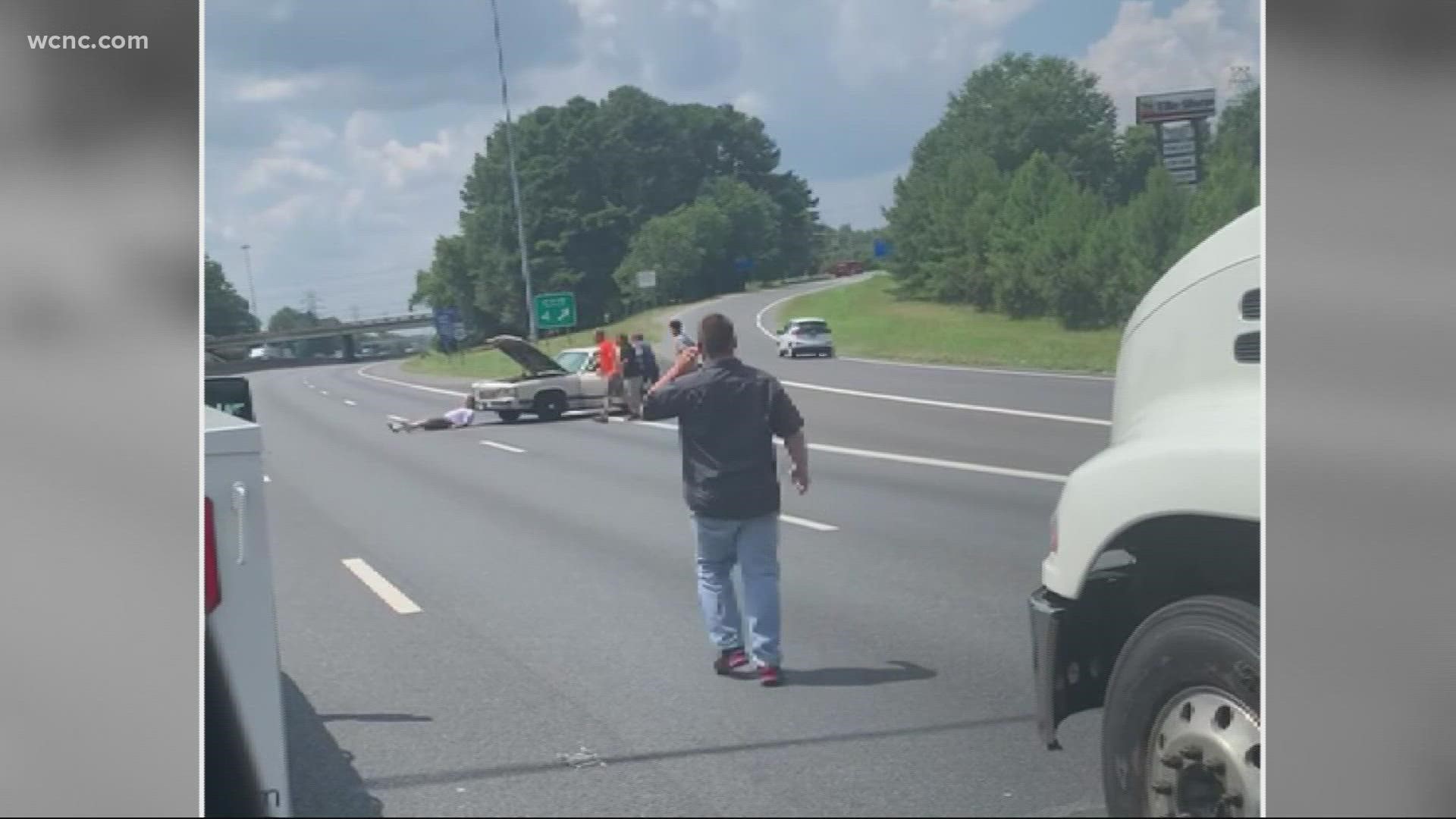 CHARLOTTE, N.C. — Milo Surdam had finished a landscaping job in Charlotte on a Thursday afternoon. It was a pretty typical day of work for the Marine veteran, now working with Ivy Creek Landscaping. After wrapping up the work, he loaded up a box truck with a colleague and rolled down Interstate 77.

Then he saw something that shocked him: a car dragging a man on the highway.

ORIGINAL STORY: Man dragged across highway after the car he was working on started to move

"I jumped out, they're all trying to figure out how to get this car to stop," said Surdam. "And I'd happened to run up there, I believe with a truck driver, another man from a truck that was parked nearby."

Surdam says he got a front door open so the other man could get in and hit the brakes. The car finally stopped and the Good Samaritans got it off of the roadway. Meanwhile, Surdam's concerns turned to Ronnie.

"His legs were so badly torn up," said Surdam. "He had made probably a good eight, nine laps around being dragged by his own vehicle."

Surdam said he couldn't stop thinking about Ronnie, whose name he didn't yet know; Ronnie was taken away from the scene via ambulance for treatment.

About two weeks later, Surdam and his co-workers had finished a job in Fort Mill, South Carolina. He decided to take a different route back home in the box truck, stopping at the 7-Eleven gas station on South Boulevard.

That's when fate brought Surdam and Ronnie back together again. Surdam's coworker spotted Ronnie, and he made his approach.

"I said 'Excuse me, sir, did you happen to be dragged by this vehicle two to three weeks ago', and he goes 'yeah, I was'," Surdam recounted to WCNC Charlotte.

The reunion was emotional for both Surdam and Ronnie. Surdam said Ronnie described him as his "angel in orange" because Surdam was wearing a bright orange shirt when he stepped in to help. Ronnie shed tears and shared what was going on in his life.

Surdam told WCNC Charlotte that Ronnie was now living out of that same car, homeless after leaving behind a bad living situation. Surdam said he had to do something to help, so he filled up Ronnie's tank, gave him some money, and his business card. Surdam said he told Ronnie to call him if he ever needed anything.

Today, Surdam says Ronnie has a cell phone and is in contact with him. Ronnie is working to get to a better place in his life, something that brings Surdam relief. He credits his Marine training kicking in at the moment to help his fellow man, but also noted that others choosing to step in and help was a critical part in helping his new friend stand back up.