Second graders in Indiana were having a hard time only seeing their teacher virtually, so she decided to use a lot of disinfectant and plastic to hug her students. 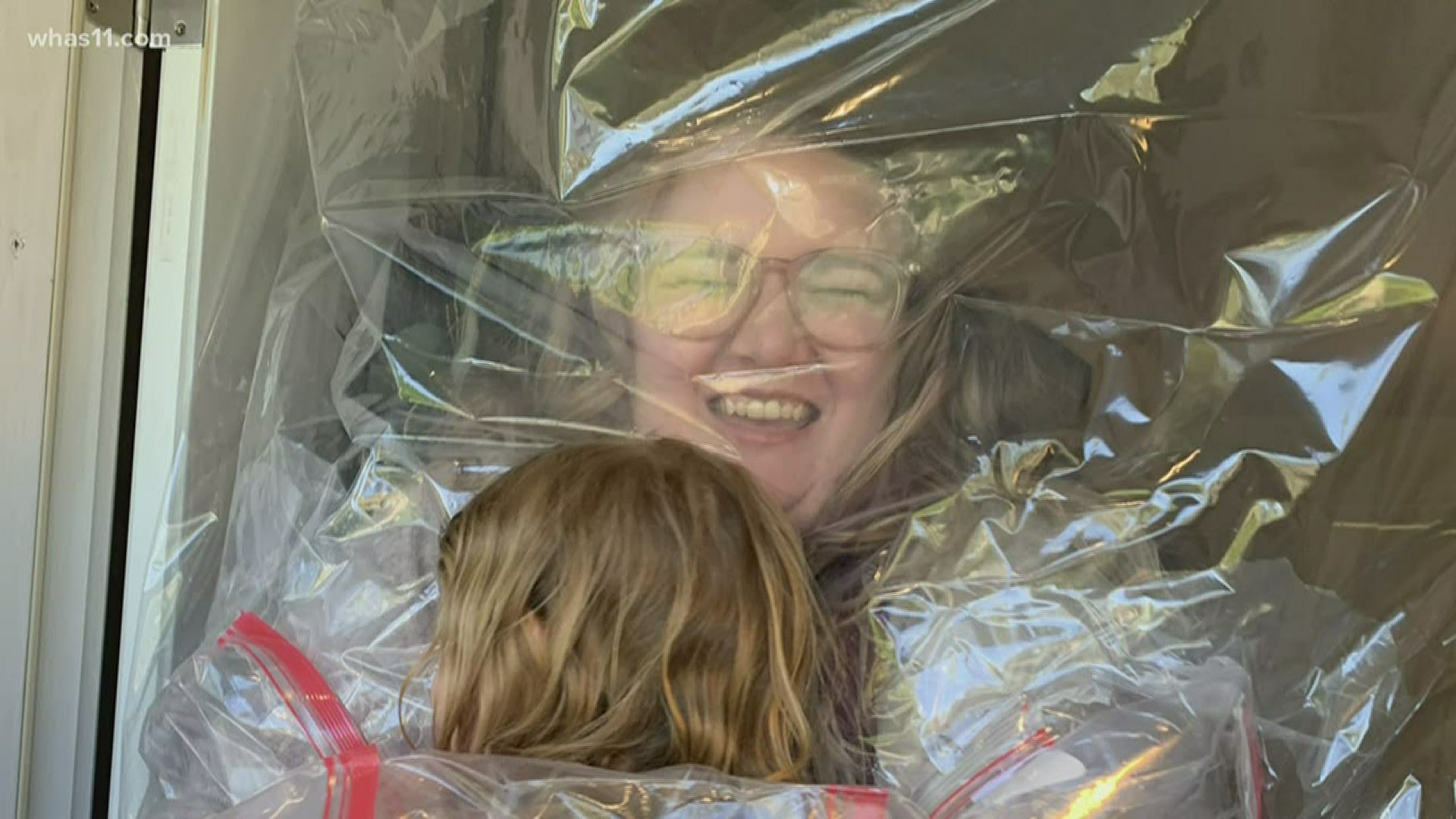 LOUISVILLE, Ky. — It's a universal form of affection that's lacking during the pandemic. Some students at Westview Elementary School in Muncie Indiana missed hugging their 2nd-grade teacher, Kelsey Pavelka.

"The parents have been reaching out to me about ways to connect with their students not in the virtual world," said Kelsey.

Kelsey and her wife got the idea after watching tik tok videos to build a plastic contraption in her front door. "That same night my wife started making all the armholes."

It took about 2 hours to make and once it was up, Kelsey invited her students. "So second grade, I mean we hug all the time like our morning greeting is they come in and they do high-five, hug or handshake," said Kelsey.

When that piece of normalcy was taken away, it was harder on some students. One family even reached out saying their son was showing signs of being depressed. "He was my first one to come, he's the one that stayed the longest, afterwards and since then his mom has said that he hasn't wanted to stay in bed all day."

Everyone disinfected the plastic and themselves before and after going in for the hug. Kelsey says it was something they all missed, "Just to be able to look in their faces and ask them how are you doing? Not 6 feet away, but in a plastic hug."

Other stories to check out on WHAS11 News