The dance is a way to give them a break and show them there is support for both them and their parents. 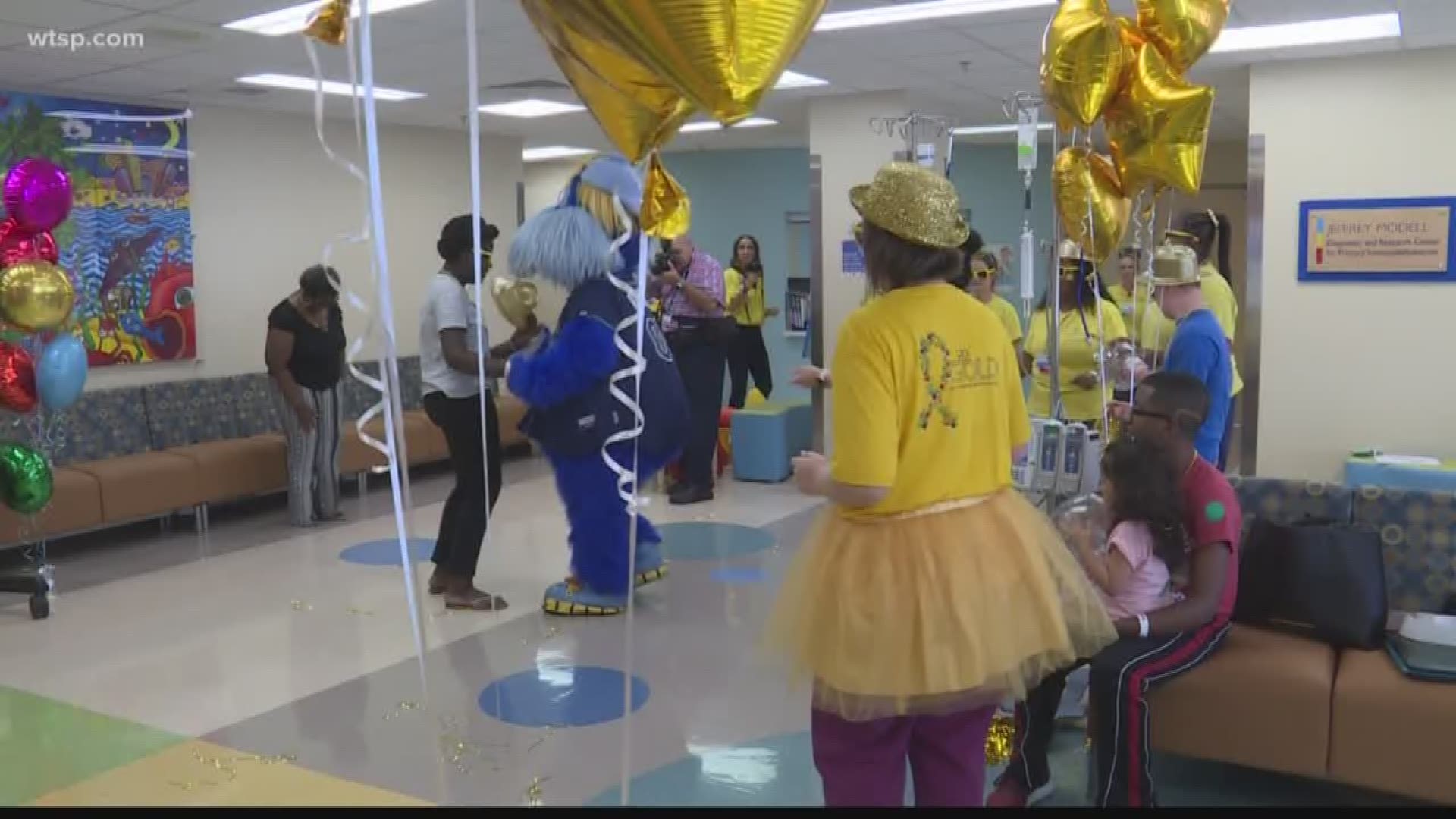 The dance is a way to give them a break and show them there is support for both them and their parents.

Kelly Callahan said days like these are important for his son Jake.

Jake gets transfusions at the hospital, so he has to be at there once a month, every month. It’s been that way for the last five years.

When we met Jake, he was decked out with golden sunglasses, beads and a paper hat. He told us about all the dance moves he was doing and even showed us a few.

He held the microphone and took a minute to thank his dad and the nurses. Then he told everyone how much he loved them.

September is Children’s Cancer and Sickle Cell Awareness Month. Bringing awareness to children’s cancer is important because it gets the least amount of funding and research, with only four percent of government funding going toward it, according to the National Pediatric Cancer Foundation.

You can watch our full interview with Jake here.

RELATED: Kids and teens at St. Joseph's Children's Hospital dance the night away at prom