The Move for Jenn Foundation surprised an amputee Wednesday at Burn Boot Camp Harrisburg with a new prosthetic. 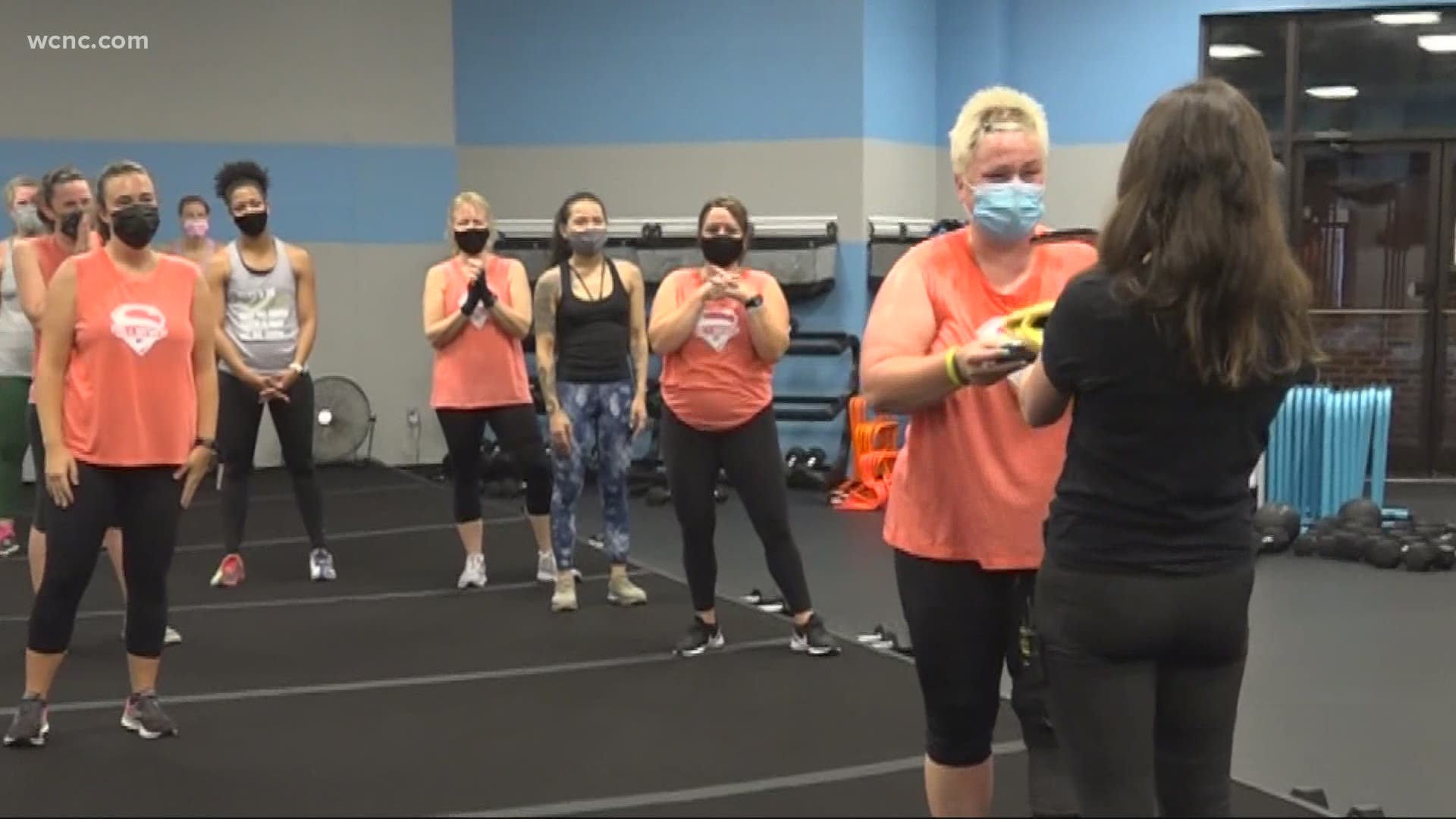 Chances are you’ve heard Andrew’s story. We first introduced you to the Charlotte mom of two back in 2018 – not long after her pedicurist discovered a lump on her foot, which later turned out to be sarcoma.

Sarcoma is an uncommon group of cancers that arise in the bones and connective tissue such as fat and muscle. In most cases, it’s not clear what causes sarcoma.

After seeking multiple opinions, Andrews said amputation was the only option to give her the best chance at a cancer-free life. Andrews underwent amputation surgery in March 2018.

But that’s not where her story ends. She’s since started her own foundation, “Move for Jenn,” which raises funds to issue grants for sarcoma research and amputees who need prostheses.

As part of her 3-year cancer-free anniversary, the Move for Jenn Foundation decided to issue three grants. Due to the pandemic, the first two recipients received their prosthetics virtually.

But on Wednesday, Andrews pulled off her first in-person surprise. The recipient was Staci Vredeveld.

RELATED: 'I did a lot in a year' | Jenn Andrews talks about past, future after foot amputation

“In April of 2019, we came home from a trip to Vegas and my foot started swelling and I thought it was just because of traveling,” Vredeveld said.

But tests in 2020 would reveal it was sarcoma – and in July – Vredeveld learned her foot would need to be amputated.

“It was a gut punch. I don’t think I’ve heard anything worse in my life,” she said.

To help boost her spirits after the surgery, Vredeveld said she’d often stop in to see her friends at the gym. For the past several years she’s belonged to Burn Boot Camp in Harrisburg, bonding with a dedicated group of women during their 5 a.m. sweat sessions. 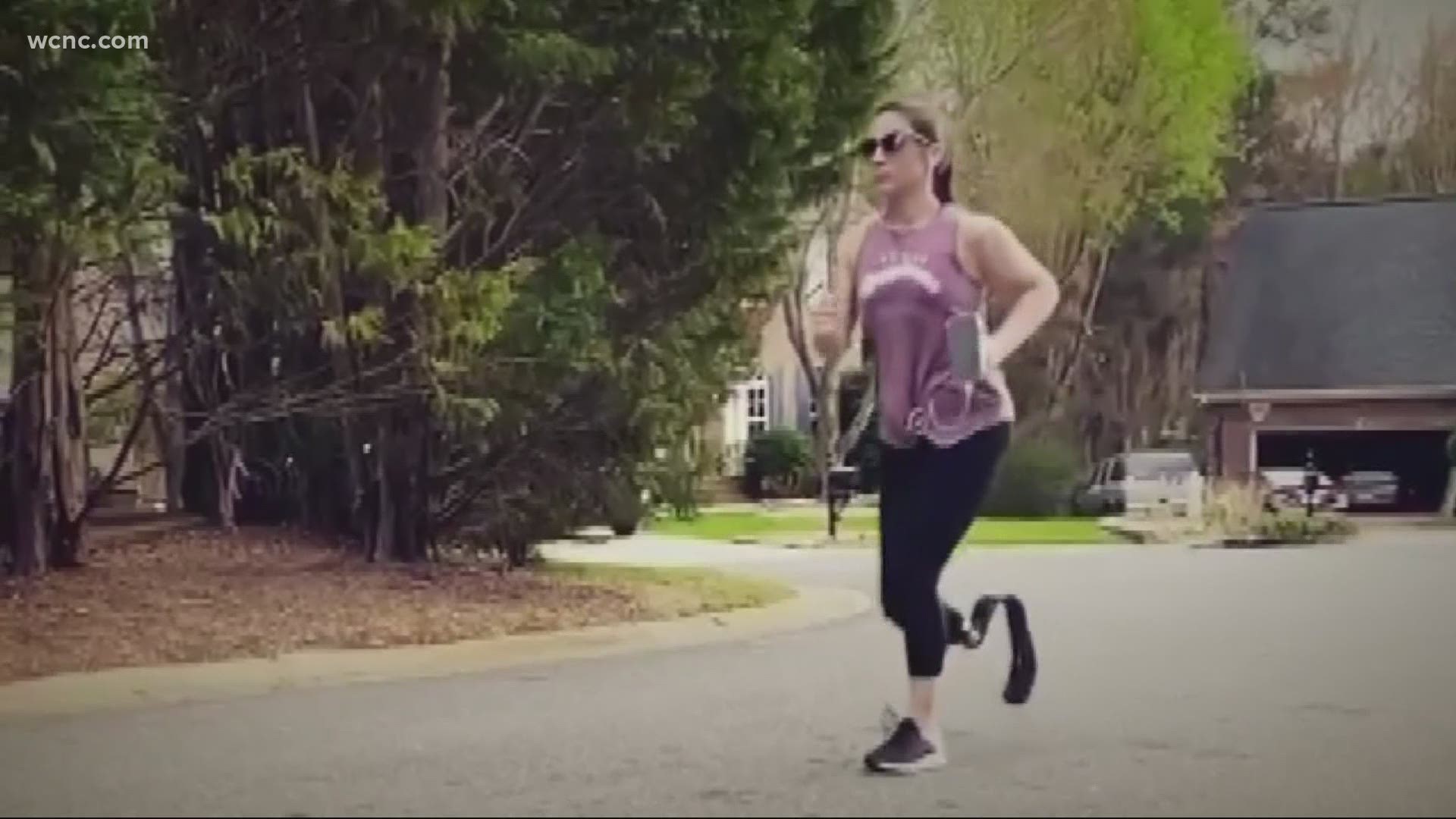 “And I sat in the back corner with my walker,” she laughed.

“I’ve become very good friends with my oncologist -- he’s fantastic -- and I told him before my surgery, through glassy eyes and a lot of tears that when I was in a good place that I wanted to help mentor patients of his,” Andrews said. “I kept my word in that and so this is a patient that he referred to me and so I talked to her before her surgery.”

“I think when you’re in that position you really don’t know what your life is going to look like and so I kind of try to use my story to show people that there is life after amputation,” Andrews said.

She also turned to Andrews, a person who’s been in her exact shoes.

“She was one of the first people I talked to right after I found out and was so encouraging and you know let me know that I would be able to do everything I was doing before,” Vredeveld said, wiping away tears.

Signs and symptoms of sarcoma include:

Wednesday morning, Andrews surprised Vredeveld while in her morning workout, showing up with a brand new blade prosthetic.

“It means so much, it’s the one thing I miss is running, I’ve done 13 half marathons and I really want to be able to do another one,” Vredeveld said.

Andrews said the whole surprise was a full-circle moment, saying the owners of the Harrisburg Burn Boot Camp location, held a fundraiser for the Move for Jenn foundation in 2019 at their Concord location, prior to knowing one of their own members, would soon be in need of her very services.

“This is my favorite part of what we do, I love it so much. It’s replacing a piece of what cancer stole from people,” Andrews said.

For more on how you can volunteer or donate, visit MoveforJenn.org 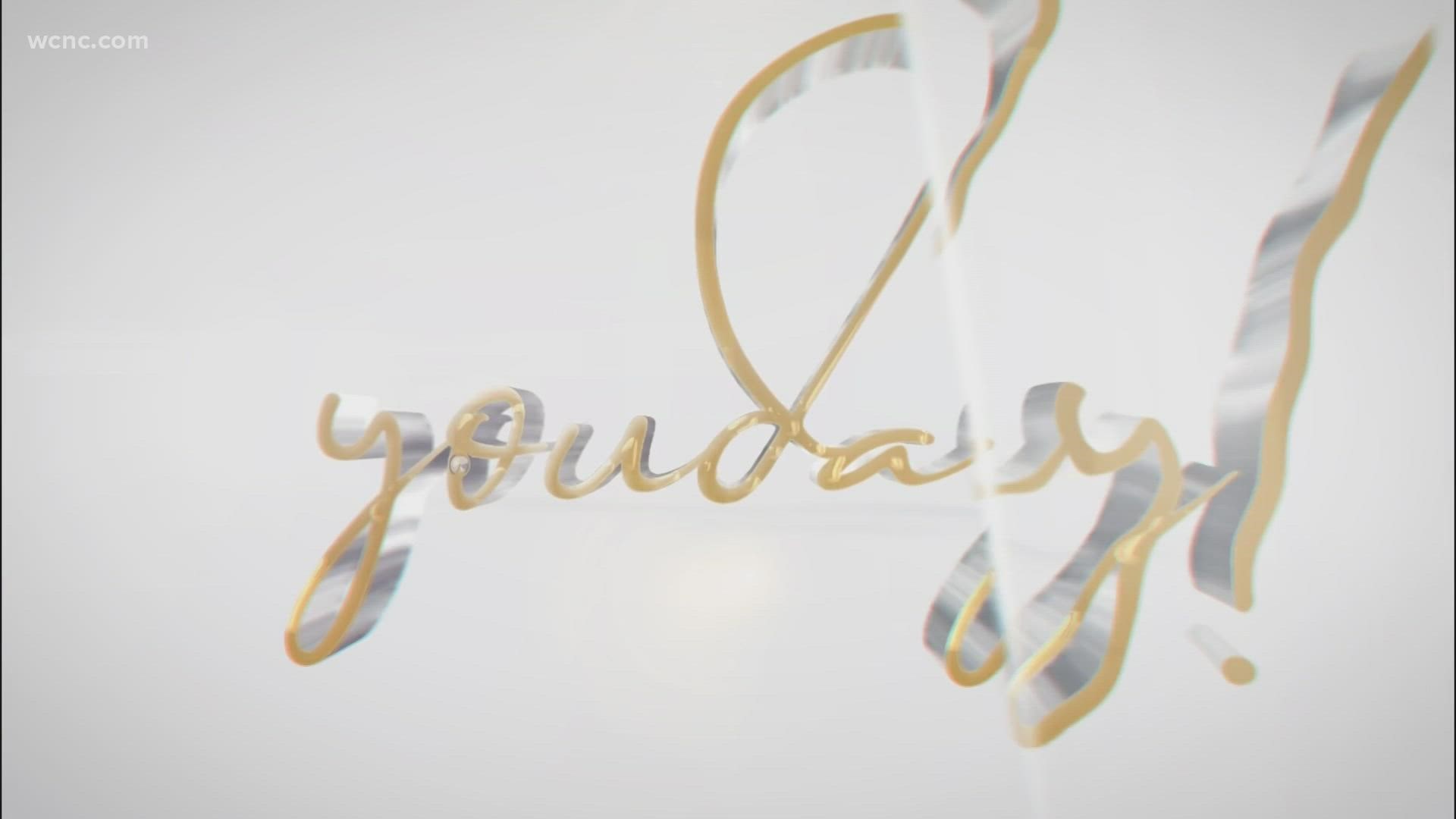 YouDay: Why you have to let go in order to step into your freedom