A Navy dad surprised his kids at a tee-ball game in Silverdale, a month before they were expecting him to come home. 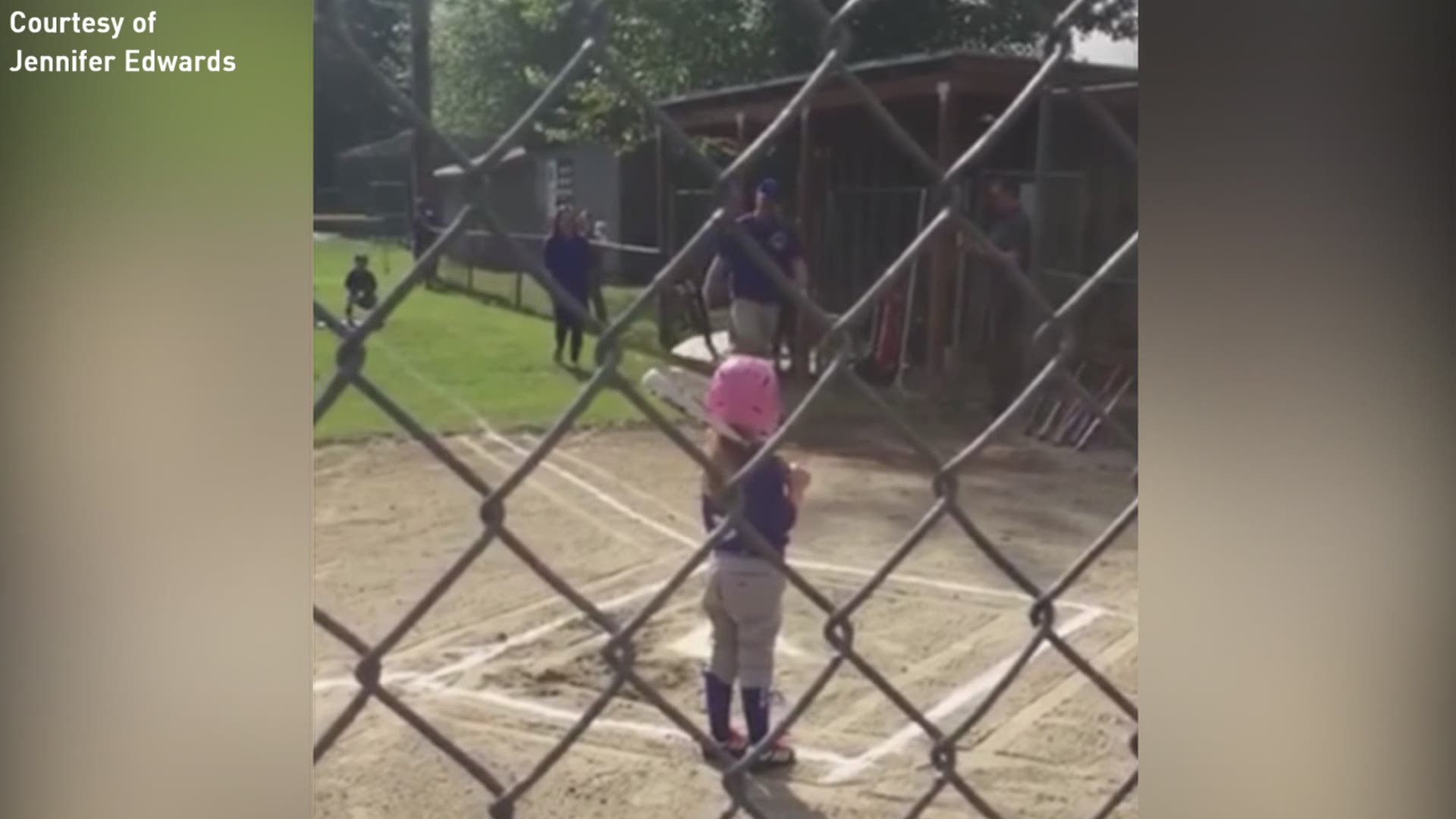 SILVERDALE, Wash. — It was a sweet homecoming for a Kitsap Navy family Saturday when Brad Kennedy surprised his children after over seven months at sea.

“Everyone was teary-eyed; it was awesome,” said Jennifer Edwards, a friend of the Kennedys.

Brad last saw his four kids in mid-October before leaving on the U.S.S. Stennis, and the kids weren’t expecting to see him again until July. However, his wife Lizzy Kennedy cooked up an elaborate surprise with their daughter’s tee-ball coach and his wife.

Before the game at Ross Field in Silverdale, the coaches pretended they had forgotten the tee and had to go to the field shed to get it. Brad, who had been hiding in the shed, walked out in team gear and headed toward home plate.

Brad’s five-year-old daughter Sutton had been waiting at the plate but didn’t realize until he was about 10 feet away that it was Dad.

“Sutton – her face just lit up and was like, ‘Daddy!’ She couldn’t believe it was him,” Lizzy said. 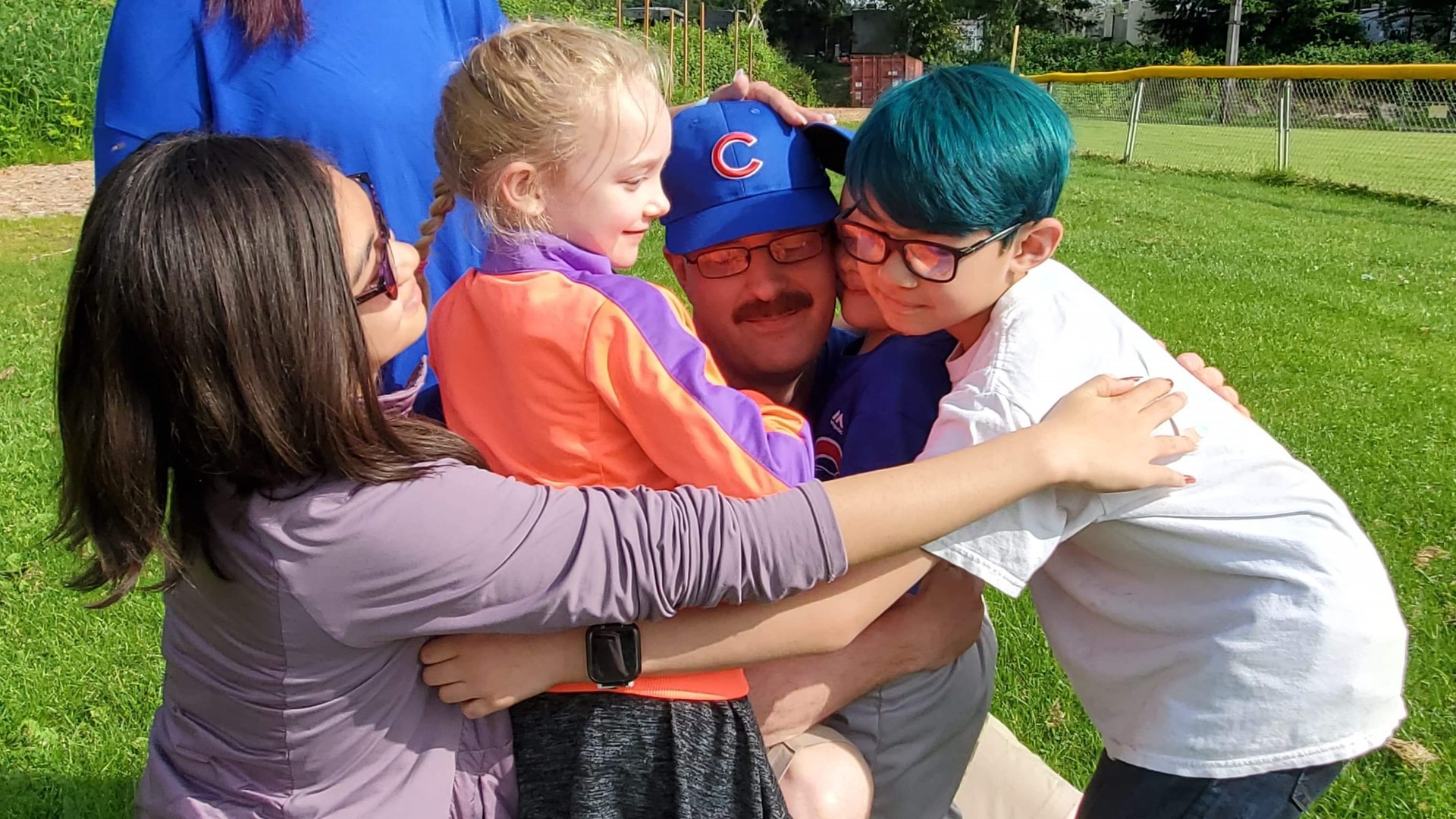 The other Kennedy kids – Alicia, 12, Nick, 11, and Paisleigh, 7 – were waiting on the bench when Brad walked out. Although Lizzy said they were initially confused, they made their way to the field too for a big hug.

“The whole thing was awesome, and I was surprised that I kept the secret for two months,” Lizzy said.

The family will be in the area until July when they move to Norfolk, Va., where the U.S.S. Stennis' new homeport will be located.