Presley quickly shot into TikTok fame with videos of his family competing in hilariously unique games, dubbed the "Quarantine Olympics." 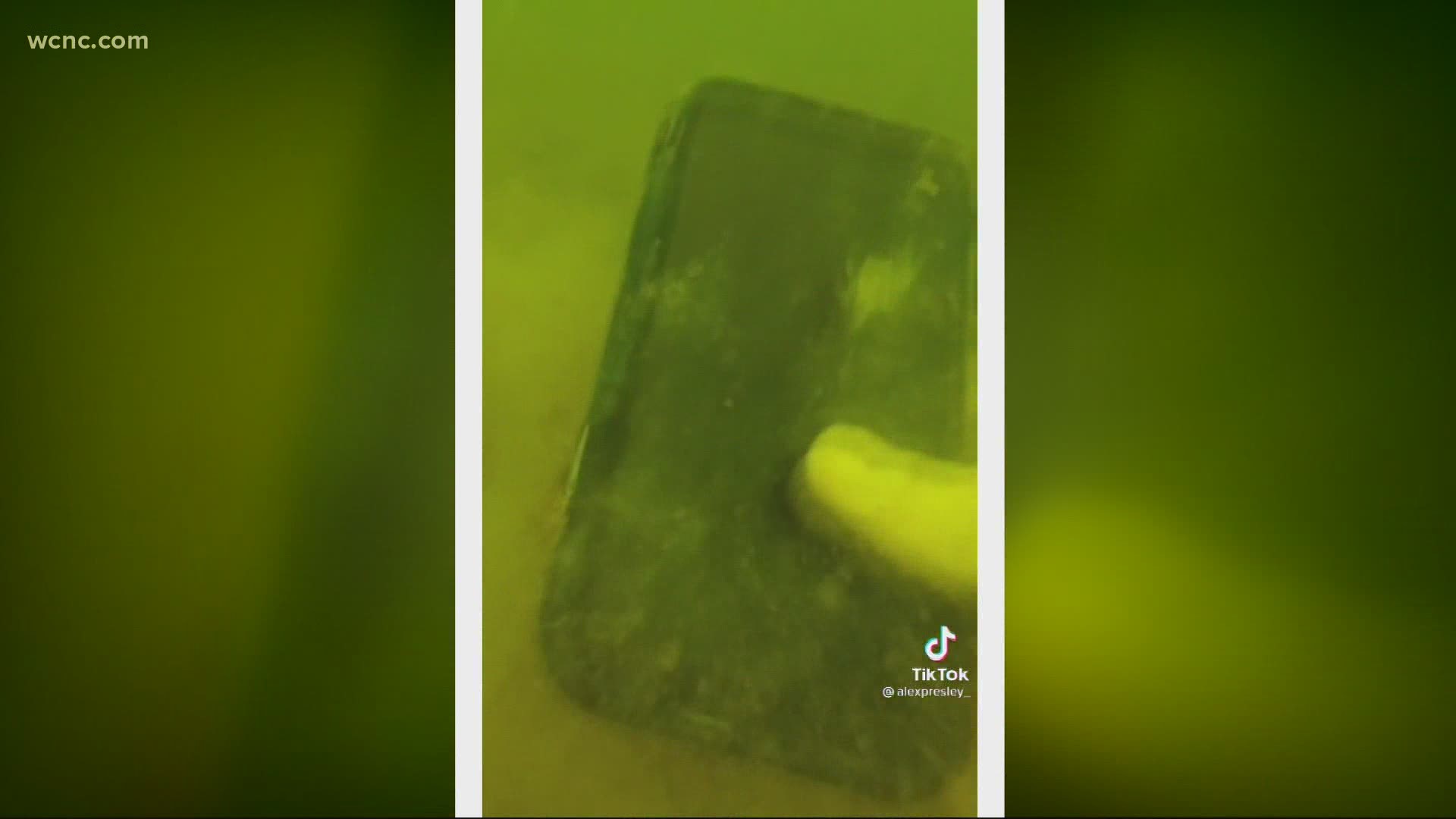 CHARLOTTE, N.C. — Alex Presley, 25, from Cornelius was scuba diving in Lake Norman when he found a cell phone that, after days in rice, still worked.

He then set off on a mission to find the owner.

Presley quickly shot into TikTok fame with videos of his family competing in hilariously unique games, dubbed the "Quarantine Olympics."

But he posted a different kind of video last week.

"So I’m scuba diving in Lake Norman," he said in the video, which was seen more than 1.5 million times. "I found this, a brand new iPhone 11 sitting in the mud...the phone was locked but the background looked like a photo of him with his two daughters so TikTok do your thing, blow up this video let’s find who owns it!"

And in true viral video fashion, they did.

“I went to bed, I woke up less than 10 hours they already figured out what it was," Presley said.

Turns out Dan Nocella lived right up the road. He and his daughters met Presley to get the phone back.

“All these months later, there's my phone," Nocella laughed, saying he lost the phone to the lake in July.

"A day on the lake with friends on a boat and jumped in the water. I didn't even realize I had the phone in my pocket," Nocella recalled.

Presley said he was shocked the phone turned on after only a few days in rice.

But alas, technology once again proved its strength, in more ways than one.

“TikTok did their thing," Presley said. "We can all get some good karma going into 2021, it was a rough year.”

Nocella said the simple act of kindness blew him away.

“Just the fact of him doing that," he said, "and then following through on it, and you know, wanting to give something back to somebody, that was awesome."

"And you know, now my wife gets a new phone," he laughed.

Dan said he's also excited to get back the family photos he thought he’d lost. That is, once he figures out how to unlock it.

“Well, I can't get past this screen because I don't remember the passcode,” Musella admitted with a laugh.

“I've had to change it like two or three times since then! I'm probably just going to take it to the AT&T store, have them help me restore it,” he said.

A near-perfect end to a wild story, that turned "Uncle Dan" into a TikTok fan.