After WWL-TV's Caresse Jackman's live interview with Treme resident Darlene Searls, people stepped up to get her help. 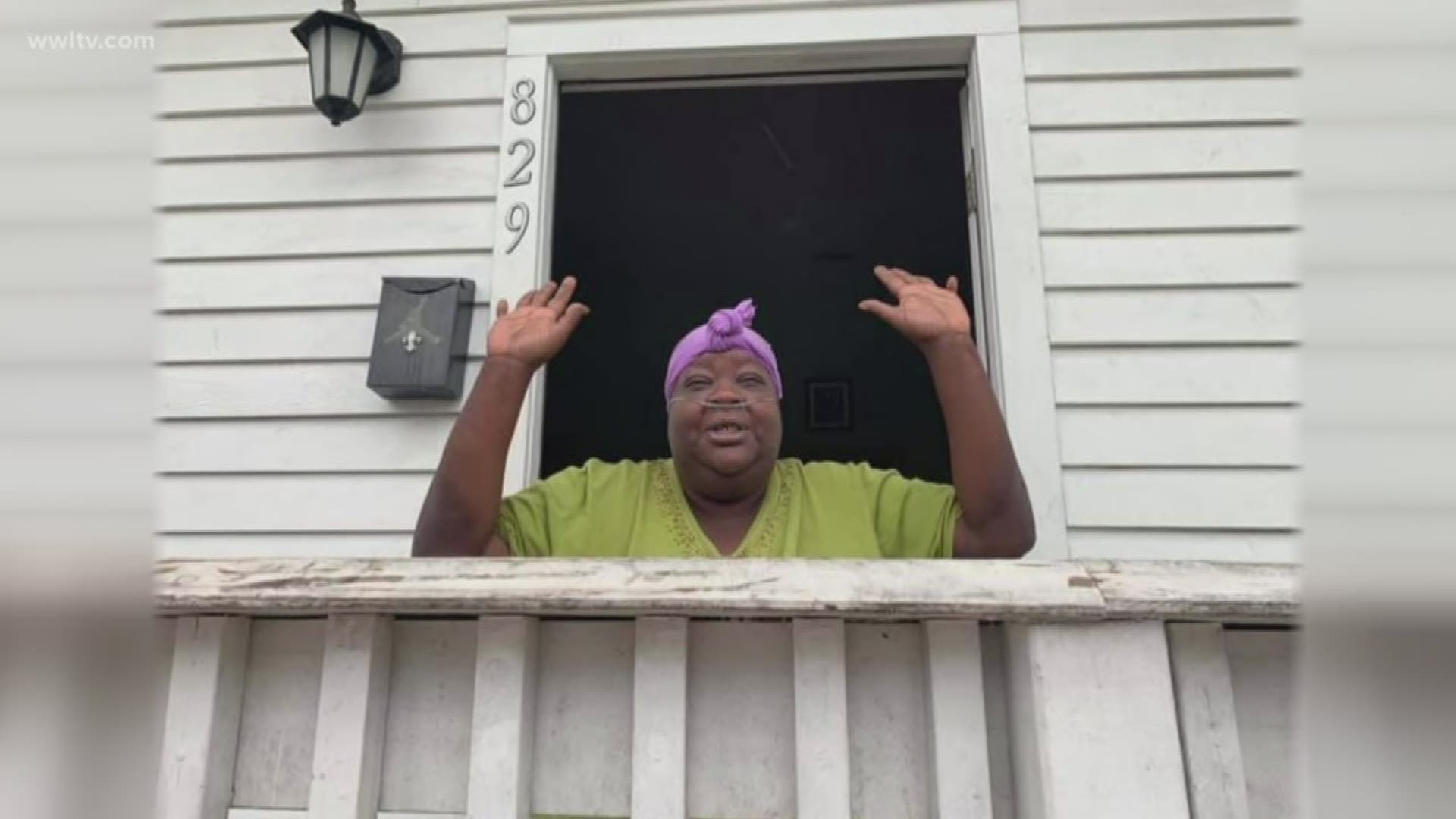 WWL's Caresse Jackman came across a woman living in Treme off N. Rocheblave Street that was without power and relies on an electric oxygen machine.

Darlene Searls pleaded for help because she and the surrounding area, including Dumaine Street, had been without power for nearly two hours.

"They have to hurry up and turn it back on for me, please, because it's getting warm and hot, and my respiratory is really bad," she explained.

Searls added she wasn't able to leave the city because of her medical state and her car getting flooded out in a Wednesday torrential rain storm before Barry formed. While a relative in the area did come to check on her, Searls had a request for Entergy: "Please come turn our lights back on," she asked.

Shortly after the live interview aired on WWL-TV, the community stepped up to help her. A cousin watching our coverage recognized Searls and brought over extra oxygen tanks that don't require electricity. We also got in a call from a Good Samaritan who wanted to offer help.

"I'm so thankful that y'all stopped, to help me, to talk to me, to find out what was going on," Searls added. "And y'all got some help rolling around up in here."

Searls also got her power back.

Barry made landfall as a weak Category 1 hurricane around 1 p.m. Saturday, before quickly deteriorating back to a tropical storm. The slow-moving storm brought strong storm surges that pushed waters over levees in some places. It also dumped heavy rains across the Gulf - including in Alabama - though not in as large amounts as initially predicted.

The system is expected to continue pushing up through Louisiana and into the Mississippi River Valley in the coming days.