Jenny Kostlan has gone above and beyond to make her patient feel loved. 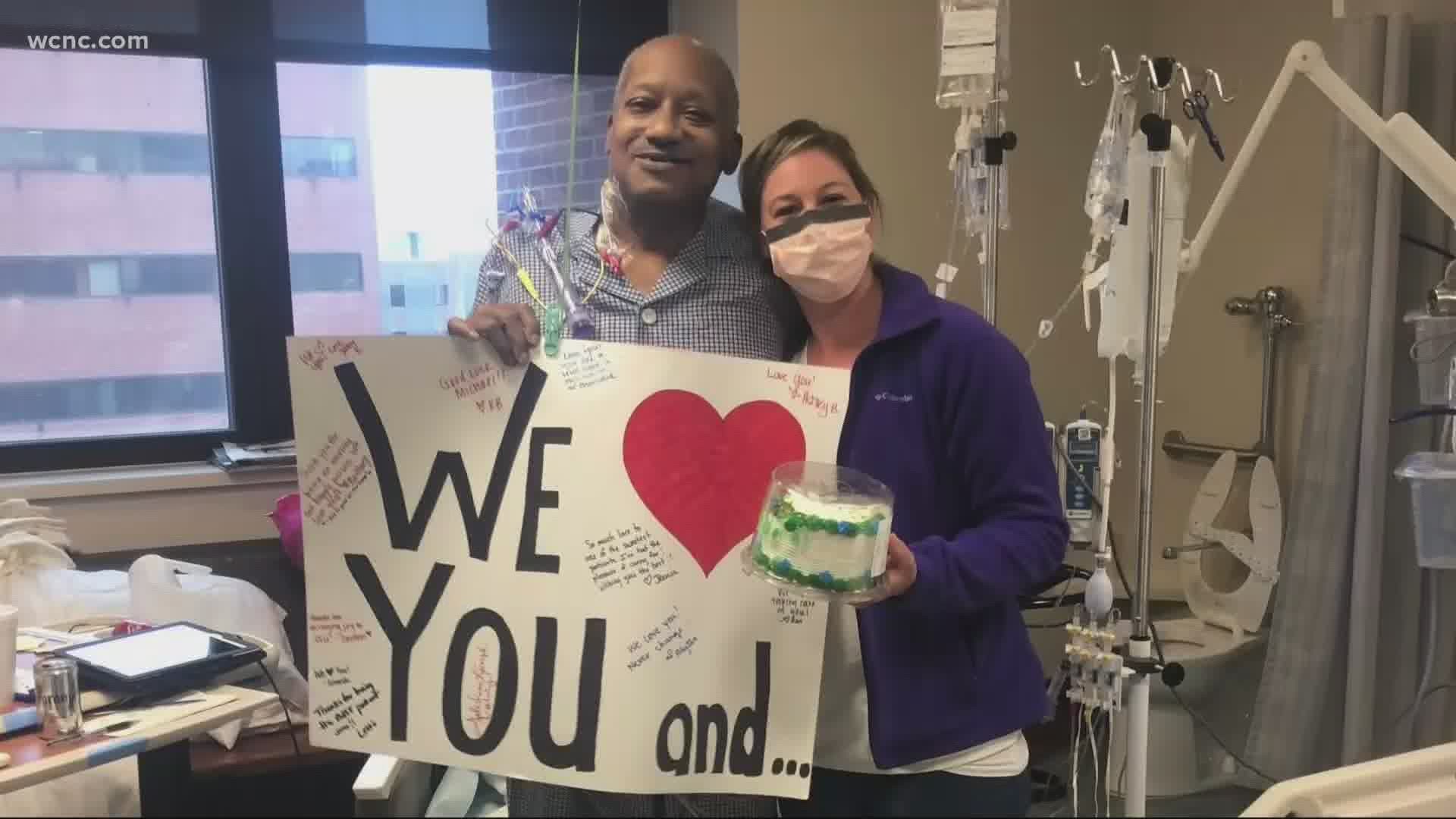 CHARLOTTE, N.C. — Against the backdrop of a global pandemic and protests against police brutality in our country, now more than ever, many people are looking for signs of love and compassion.

A special bond formed between a Novant nurse and her patient is the perfect reminder a little love can go a long way.

“I love you and there’s absolutely nothing you can do about it” has always been Michael Sloan’s motto. It’s what he told his nurse, Jenny Kostlan when he woke up at Novant in critical condition after a heart attack.

“There’s love everywhere, you just have to reach out and ask for it," he said. "Some people won't ask for it. I’m not afraid of it."

Because of coronavirus, he hasn't had many visitors. He’s been in the critical care unit for more than a month. But Kostlan stepped up.

"You're drawn in by his infectious personality and his will to keep going, and you want to do everything you can to help him get out,” she said.

She celebrates medical milestones with cake, plays his favorite music, brings him his favorite meals so he’ll eat and when he was desperate to look outside, she moved his room.

One night, with an entire group of nurses holding up signs, they said goodnight from outside.

“I thought it was so touching, it brought me to tears because I hadn't seen outside, nothing, going on 30 days,” Sloan said.

He looks forward to waving goodbye each day.

It's the human side of health care and it’s what really helps the sick heal.

“You just find what you have on common ground and build and establish that friendship and let it grow,” says Kostlan.

It's a lesson in love and compassion.

“There’s nothing wrong with having a little love and we can use it right now," Sloan said. "Just look at what’s going on in the streets, just go out there and tell them lets have some love."

A necessary message as the community and nation navigates uncertain times.

Music industry calls for Black Out Tuesday amid unrest