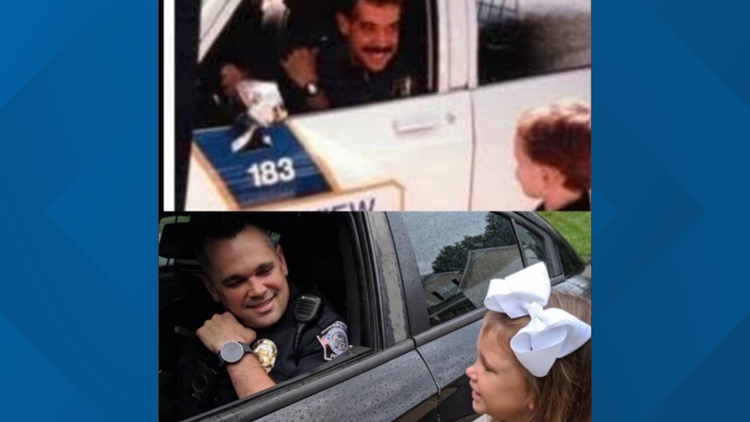 Photo by: Huntersville Police
Top: Officer Ronald Bonono as a young boy looks at his father in a cruiser nearly 30 years ago; Bottom: Bonono's daughter gazes at him in his cruiser

HUNTERSVILLE, N.C. — A Huntersville police officer recreated his first day of his school picture with his daughter.

The original photo showed Huntersville Police Officer Ronald Bononno as a young boy looking at his father sitting in a police cruiser nearly 30 years ago.

In the new picture, Bononno's daughter gazes at him in a police car.

The department posted both photos on social media.

"For some of you in Huntersville, school has already begun (yes parents, we know). One of our SROs sent his daughter off to school yesterday and recreated a photo of he and his father on his first day almost 30 years ago!" the post read.

Bononno's father was an officer with Fairview Police in New Jersey. Bononno has been with Huntersville Police for five years.