"I miss a lot of birthdays, holidays. But I think me missing the events has brought me and my son relationship, made us closer." 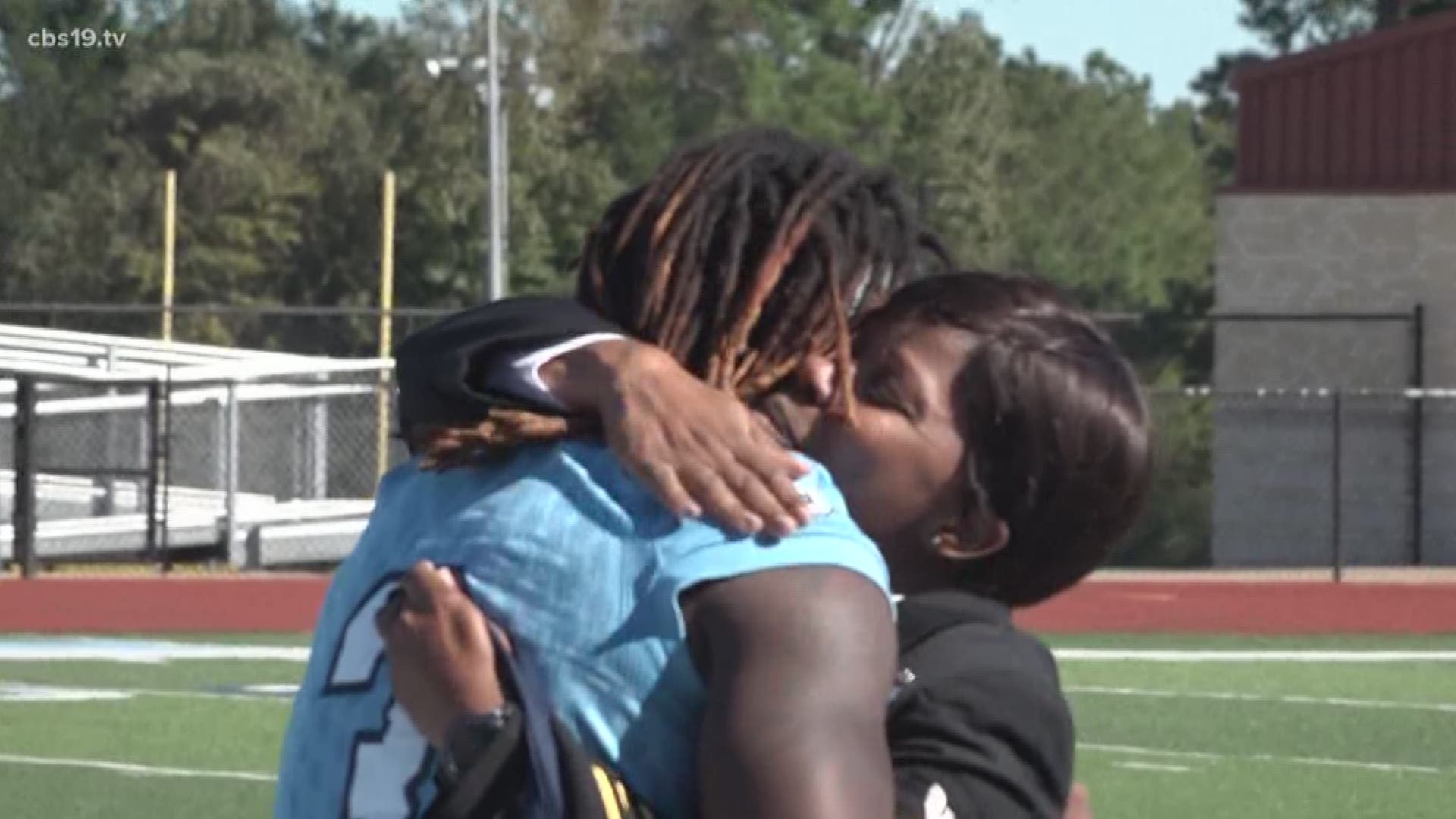 NEW LONDON, Texas — The call to serve in our armed forces is never easy for those who answer. It means holding yourself to a higher standard expected from other Americans. It means being willing to put your life on the line to defend the country and Americans spread out around the world. Perhaps the most difficult hardship is sacrificing precious time with family back home to carry out their sworn duties hundreds, if not thousands, of miles away.

Chief Petty Officer Tammie Medford Jones has been in the Navy for 20 years.

"[I joined the Navy] to be a part of something bigger than myself," Jones said. "I joined at a young age. It's been an amazing tour. I really wouldn't want to change it."

She's been deployed eight times, including in the U.S. Navy's Fifth Fleet stationed in the Middle East, during those two decades. This meant long periods away from her children who were born with that reality.

"I miss a lot of birthdays, holidays. But I think me missing the events has brought me and my son relationship, made us closer," Jones explained. "We have a bond that is unbelievable and that's emotional."

Like each child with a parent serving the armed forces, they wait impatiently for the moment of pure joy when CPO Jones returns home to take care of her most important calling.

In her latest deployment, Jones was stationed in Virginia. While Virginia may not seem as far away as the Middle East, being away from family is no easier no matter where she may be stationed.

This deployment was especially hard as it comes during her son's senior year.

Tyrell Moore is a running back for the West Rusk Raiders and one of the team's outspoken leaders. He's helped to carry the Raiders to a 6-1 start with more than 300 yards and three touchdowns.

"I'm very proud of him. He never let any of his failures or disappointments stop him," Jones said. "He's very focused and driven on his goals. I'm his number one fan, and he knows that."

While she is deployed, Jones says Tyrell stays with his grandmother, who has been instrumental in his upbringing.

"I wouldn't be where I am today without their support," Jones said, holding back tears. "I'm just thankful to have my mom still here to help me with my son."

Friday marked the annual West Rusk homecoming celebration and game. Each year, the school hosts a pep rally to get the community hyped for the game. This year, however, there was something more to celebrate.

"I've never been able to attend any of his football games or school events," Jones told CBS19 Thursday. "So I took a leave so I can surprise him tomorrow for his homecoming game."

During the pep rally, three seniors, including Tyrell, lined up in front of the fans with their backs turned to the field. As Tyrell and his two teammates addressed the fans, voices urged him to turn around towards the approaching West Rusk mascot that had been sneaking up behind them.

Then, the woman behind the mask, Chief Petty Officer Tammie Medford Jones, removed her mask. A shocked and excited Tyrell jumped back. Then, mother and son embraced in that moment of pure joy that each will cherish for years to come.

Soon, Jones will have to return to duty to finish out her deployment while Tyrell works toward college with plans to go into civil engineering.

"I always tell him 'can't' is not in our vocabulary. We don't quit. We always push ourselves," Jones said. "He's kept with that. He never says what he can't do. He's always the first to go for his dream, his goal."