Woman running blindfolded in Charlotte marathon in honor of her sister

Laura King Edwards has run races in 21 different states, with a goal of running in all 50 states someday. 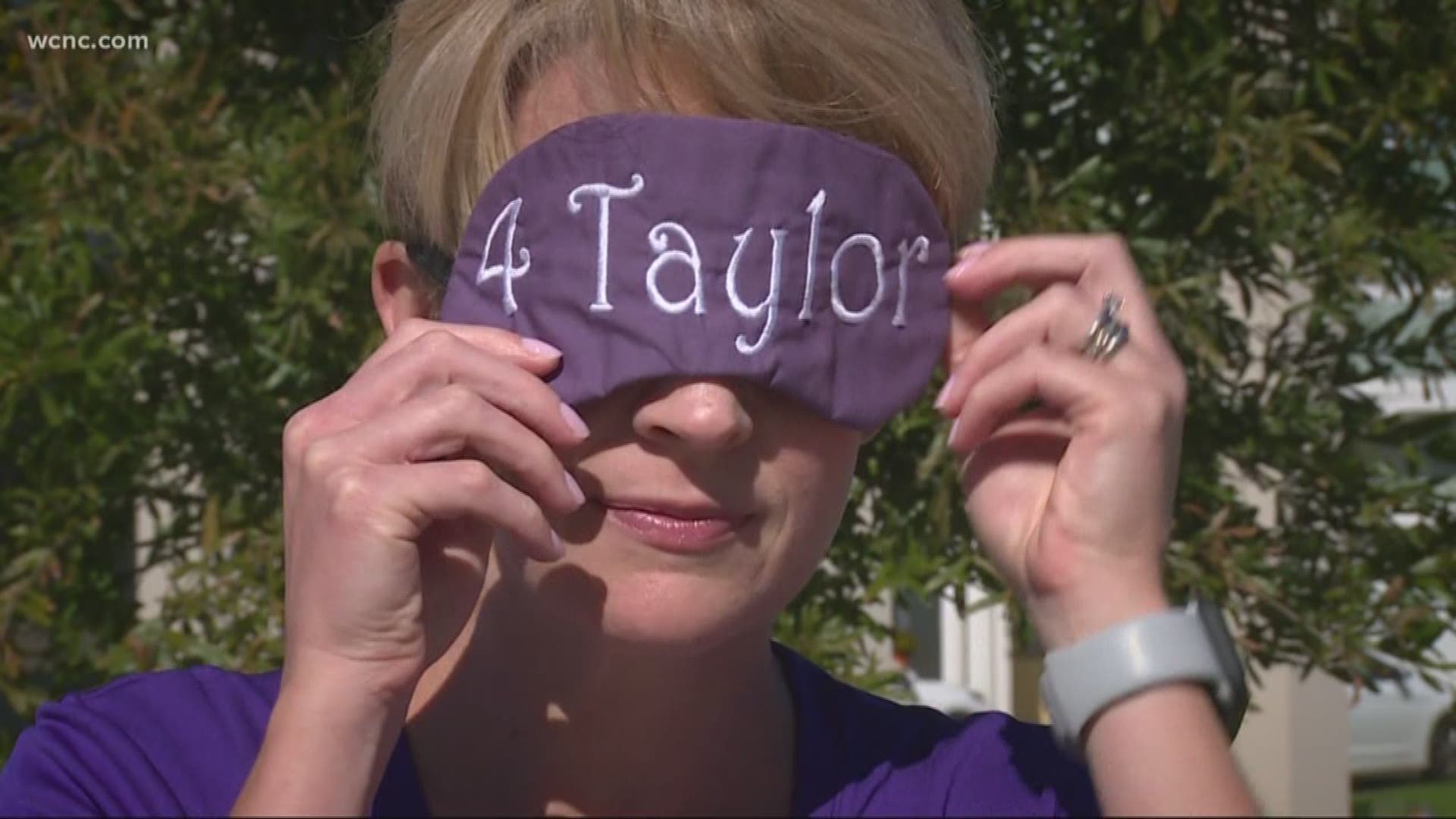 CHARLOTTE, N.C. — On Saturday morning, thousands will bundle up and brave the cool temps to run the 14th annual Charlotte Marathon.

Among those running is Laura King Edwards. She's not new to the marathon, but she is a brand new mom to a baby boy.

Not only is Laura running 13.1 miles just five weeks after giving birth, but she also's running blindfolded to honor the memory of her sister, Taylor King, who died five weeks ago. Taylor battled a rare genetic condition called Batten disease.

“It was devastating to hear that my sister had this brain disease with no known treatment or cure,” Laura said as she remembered her sister’s diagnosis back in 2006.

Taylor was seven-years-old at the time with no signs of having a degenerative disease that would take her life 12 years later.

Only four out 100,000 are diagnosed with the rare, brain disease. A common symptom suffered is blindness, which is something Taylor experienced.

“She thrived in spite of her disease and accomplished a lot of things,” said Laura.

After Taylor lost her sight, she found a dose of spunk, running two 5K races with the help of a guide.

“Watching her cross that finish line, blind and suffering from this terrible disease but with her head held high, I knew immediately that I was always going to run in her honor," said Laura.

Laura has run races in 21 different states, with a goal of running in all 50 states someday. She also co-founded Taylor’s Tale, a non-profit that's raised more than a million dollars and funded groundbreaking research for rare diseases all over the world.

For Saturday's half-marathon in uptown Charlotte, more than 100 people will line the streets in “Taylor’s Tale” shirts, cheering Laura on as she runs the half-marathon while blind-folded.

She's done it before -- five years ago. But she trained five months for that race. This time around, Laura’s running five weeks after having a baby.

“I'm going to rely on Taylor to give me some courage,” she said. “While I'm not in peak fitness, I know I can do this."

Taylor is resting in peace, but Laura won't rest until she reaches the finish line and helps find a cure for the rare disease.