Lindsey Williams gave up her career as an attorney to open Davidson Wine Co. in 2018. Along the way she's encountered many obstacles but is living her dream. 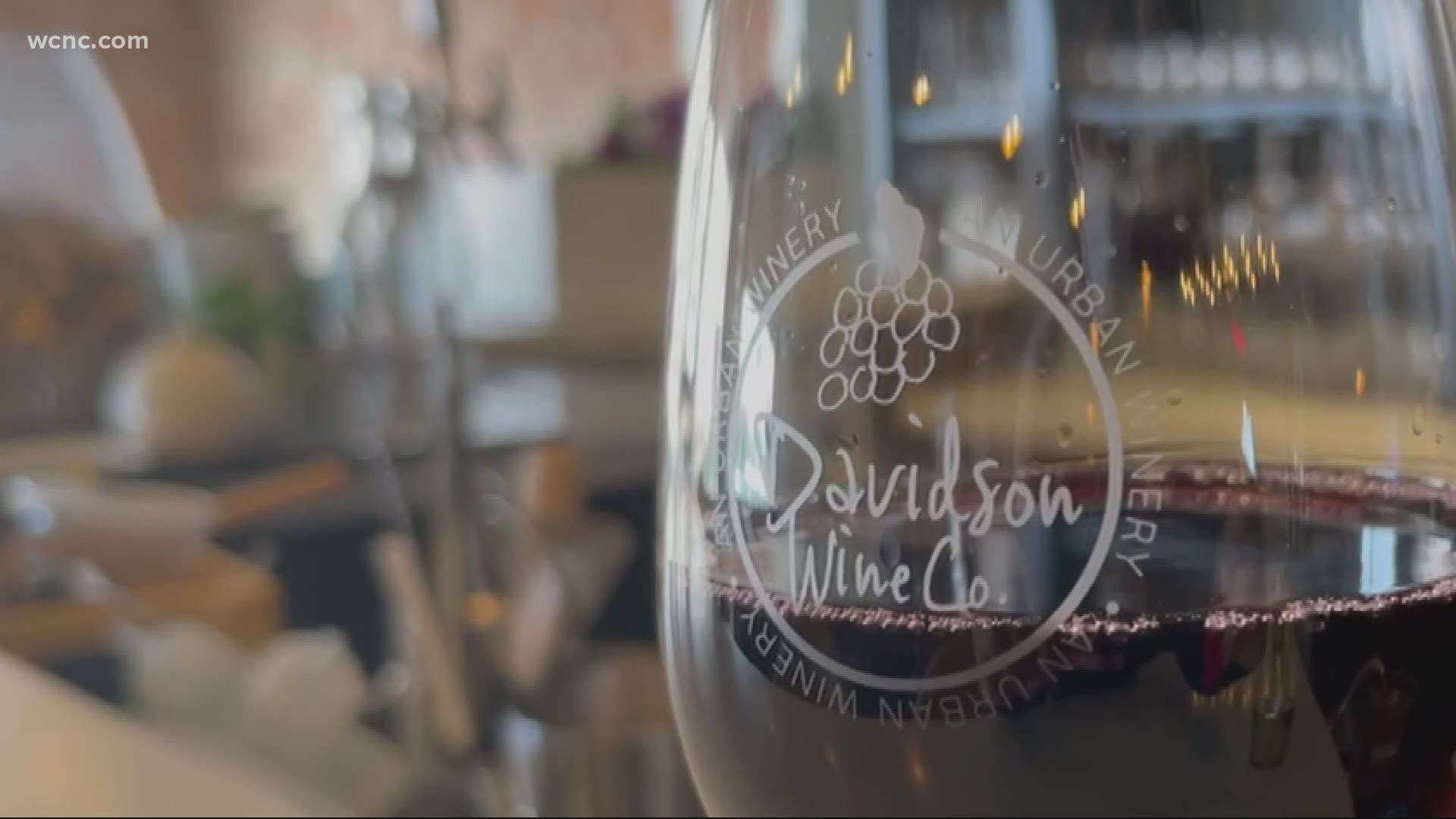 DAVIDSON, N.C. — It's been nearly three years since Lindsey Williams gave up her corporate 9-to-5 to open the only urban winery in Davidson, bringing diversity to the sleepy little suburb just north of Charlotte.

Not only does Williams' shop offer some of the best wins from around the world, Davidson Wine Co. brings a diverse look to the downtown block.

When Williams decided to leave her job as an attorney, she had one thing in mind. Popping a cork, putting a glass of wine in her hand and starting her own business.

"It's something I've always enjoyed with friends and family," Williams said. "I've enjoyed traveling to other wineries."

The Ohio native opened Davidson Wine Co. in March of 2018. It's the first urban winery nestled in the heart of Davidson, and it occupies a space that used to be an organ making shop.

"As an urban winery, we make our own wines but we don't grow our own grapes," she said. "We source our grapes globally and we make our wines here in the Lake Norman area."

Williams imports grapes from California, Italy, France and Argentina. Her goal is to make wine approachable for everyone, but it's not what sets her apart.

Less than 1% of wineries are owned by Black women. It's an exclusive club Williams is proud to be a part of, and is hopeful it will soon expand.

"I didn't see myself as a pioneer until I heard that statistic," Williams said.

Transforming the business was far from easy, especially when others told Williams she couldn't make it happens after a decade in the corporate world. After months of training, tests and traveling to different wineries, Williams knew failure wasn't an option.

"Bringing this concept here, me being the owner and then having other people frequent this place, has really kind of changes the view of this block of Davidson," Williams said. "People are always surprised that I'm the owner and I think that's because it's so few of us out here."

That's why she's encouraging other women of color to take a leap of faith like she did. Building Black-owned businesses that aren't just traditional, but also new and innovative.

"To start something like this, having to learn to make wine, having to learn the business and renovating a historic space, it was a lot to do," Williams said. "But I do think by me doing it, it has shown a lot of people that they can do something similar."