Honoring the Greensboro Four: The sit-in that sparked a movement

Following their act of peaceful protest, hundreds of other protesters joined in the weeks and months to come. 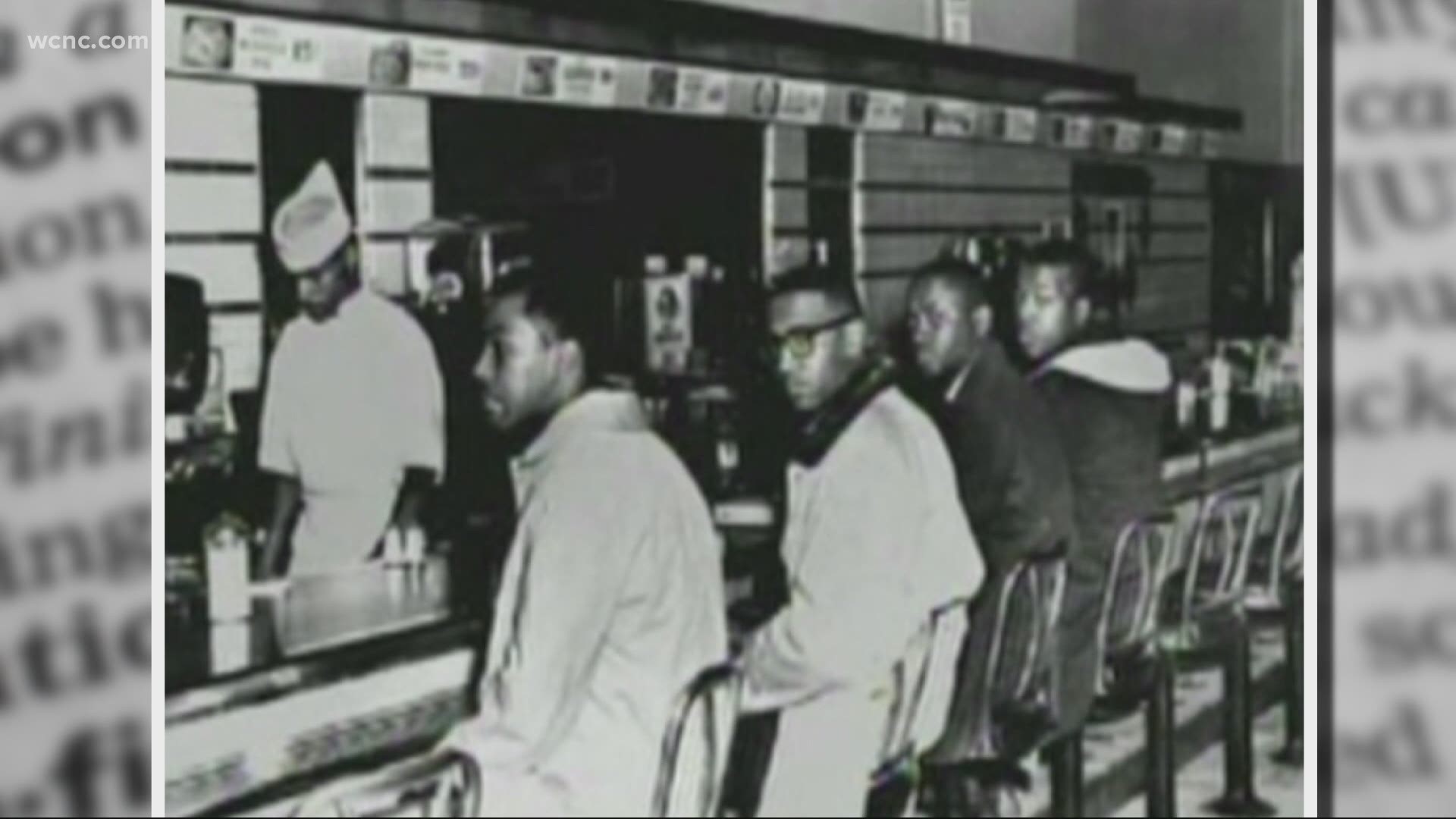 GREENSBORO, N.C. — In February 1960, four Black students from North Carolina Agricultural and Technical State University staged a sit-in at a "whites only" lunch counter at Woolworth's in downtown Greensboro.

The four students were denied service but stayed at the counter until the store closed. The students -- Jibreel Khazan (formerly Ezell Blair Jr.), David Richmond, Franklin McCain and Joseph McNeil -- have come to be known as the "Greensboro Four."

Following their act of peaceful protest, hundreds of other protesters joined in the weeks and months to come. In July 1960, Woolworth's was desegregated.

Their actions forced the company and other establishments to change their policies and served as a catalyst for a massive sit-in movement across the South.

RELATED: The Friendship 9: A look at Rock Hill's sit-in movement

RELATED: A special salute to Black soldiers who spent their lives serving our country