Hundreds of businesses lined the streets of downtown Rock Hill by the 1950s. Sadly, a government program led the district's removal in the '70s. 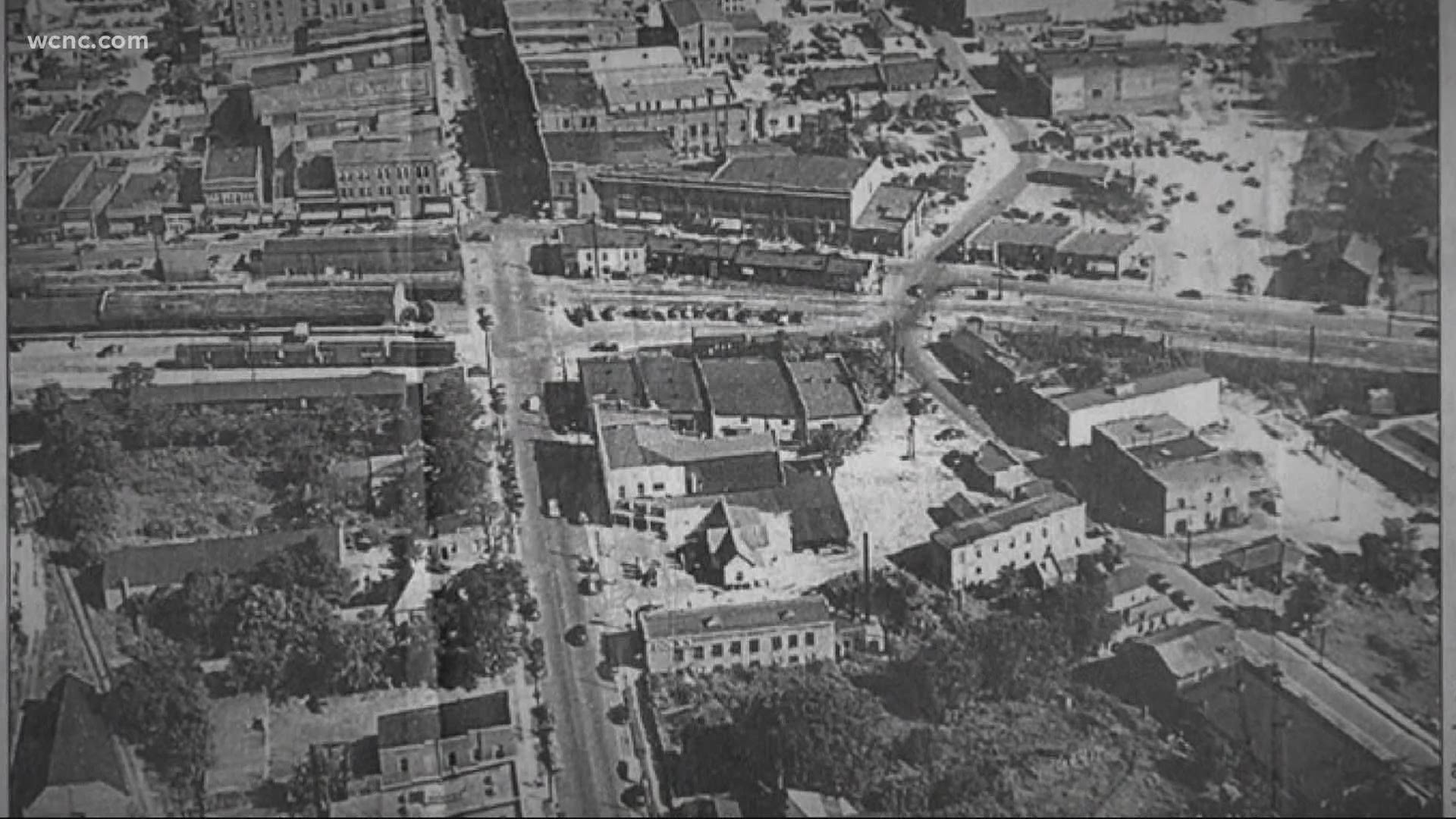 ROCK HILL, S.C. — Throughout February, WCNC Charlotte is celebrating Black History Month by highlighting historical people and places in Charlotte and the Carolinas.

A monument in downtown Rock Hill now sits where the city's historic African-American business district was once located. It pays tribute to the district that served the city's Black community until it was demolished in the early 1970s.

The district was established in 1908 and by the early 1950s, hundreds of business owners had storefronts offering services for anything you could think of.

In the 1960s and 70s, the federal government gave businesses money to relocate. Storefronts were then torn down in an effort to beautify urban areas. Every single one of Rock Hill's black businesses was affected — and unable to thrive after relocation, they closed their doors forever.

RELATED: How urban renewal led to the end of black-owned businesses in Rock Hill

The monument has become an educational resource and highlights the contributions of the district, which was so important to Rock Hill's history.

"This is representative of what we had back in those days," Oborokumo said. "These are the businesses that thrived and that was a part of our makeup and our culture."

Click here to learn more about other historic Black figures and places in the Carolinas. You can also find more information in the WCNC Charlotte news app.