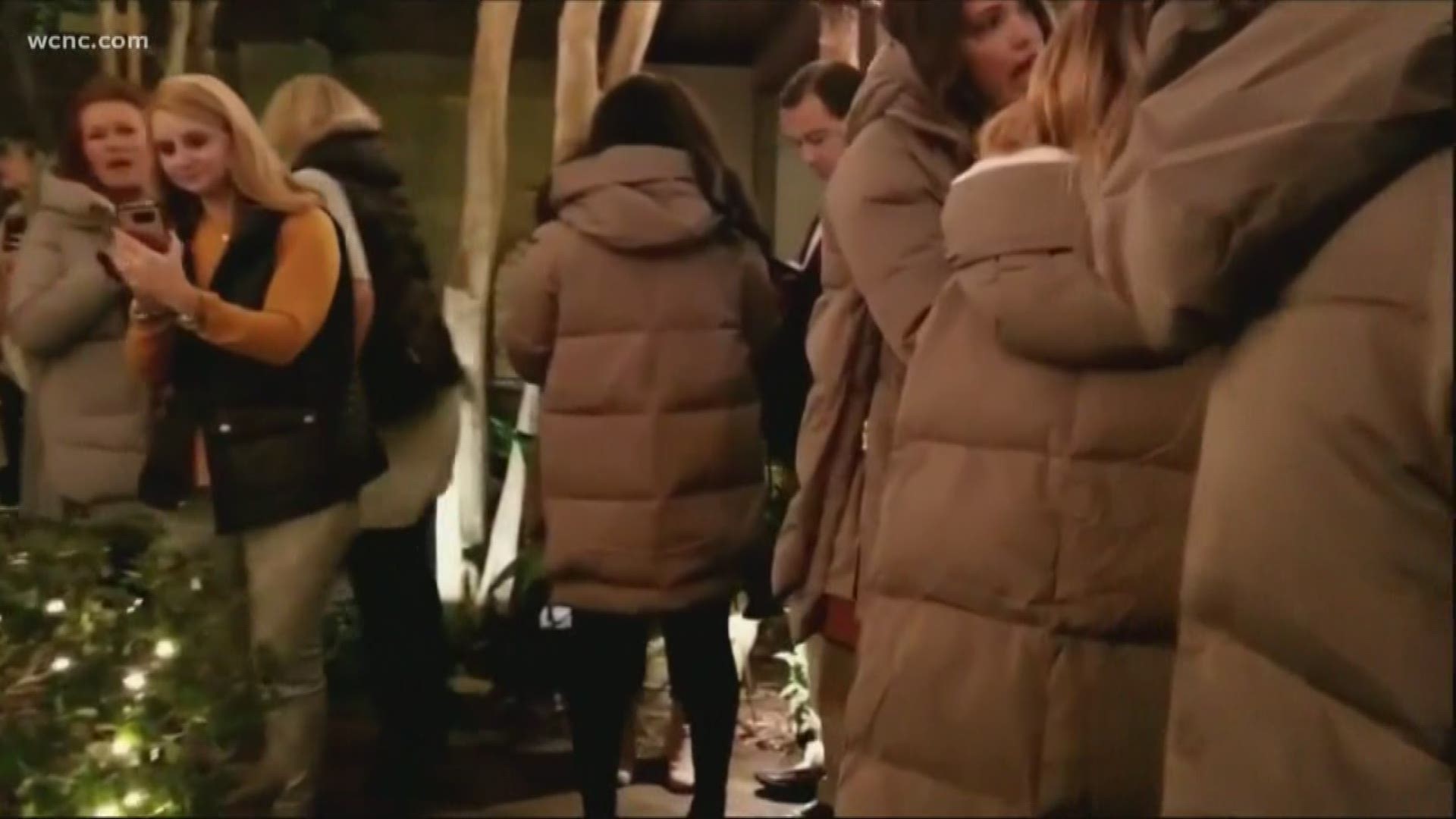 You may remember, in 2018 an Orolay down jacket sold by Amazon inspired a frenzy, turning into the must-have coat of the season for women across the county.

That craze then hit Charlotte when Charlotte-based party planner Katrina Hutchins featured the coat on her Instagram page. Hutchins said she received hundreds of responses and even shout outs from strangers.

“I was picking my son up from preschool yesterday and someone rolled down the window and was like, is that the coat,” Hutchins said in a 2018 interview.

Hutchins says the post received so much buzz, she turned the social media frenzy into a charity coat drive, hosting a happy hour where she asked fans of the coat to wear theirs and donate one to charity. Hutchins says the drive collected more than 400 coats.

“I had people dropping coats off on my porch, I’ve had people shipping them from out of state,” she said. Hutchins says the coats all went to Charlotte’s Crisis Assistance Ministry.

And this Wednesday, Hutchins is back at it again, hosting the second annual coat charity happy hour.

“I kind of asked around this year, were people interested in doing it again and it was a resounding, yes,” says Hutchins. “We realized it could be something big and awesome and fun and something that we could do annually.”

This year Hutchins says the event will not only be better, but unique.

“Carolina Living Realty and Grandfather Homes offered an amazing new house that they are building in Myers Park at Townes Road. The house is so big that I didn’t want people only in the first floor, we want to show this beautiful home so the second floor will be all the pop-up shops. I think we have 15 vendors, all local to Charlotte, all local artisans,” says Hutchins.

Some of the pop-ups include Girl Tribe Co., Dry Bar, House of Nomad, and Hilliard Studio Method. Hutchins says the vendors will also be donating a part of the proceeds from Wednesday’s event to Crisis Assistance Ministry.

And again, everyone is invited to wear the coat that started it all, which is now back in stock on Amazon.

These outfits could get you kicked off a flight