McAdenville is transforming into Christmas Town USA. The town's 250 Evergreen trees and 160 homes are lighting up for the holiday season. 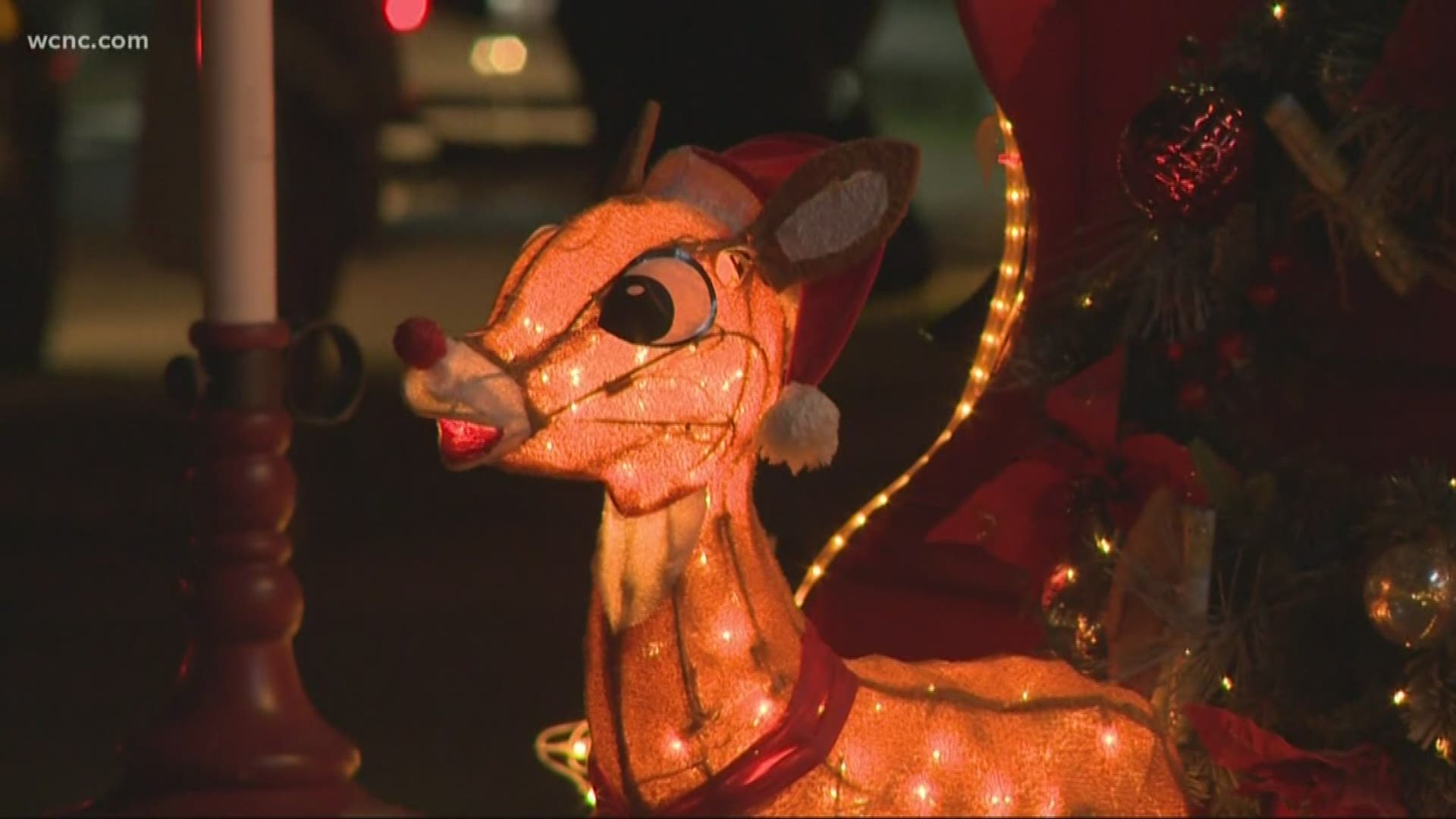 MCADENVILLE, N.C. — For the 64th year, McAdenville has transformed into Christmas Town USA.

This year, organizers say there are 160 homes participating, each uniquely decorated by the homeowner in Christmas lights and decorations.

They say visitors will also find a large Nativity scene in the front yard of the McAdenville Baptist Church, and over 250 Evergreens covered with more than one-half million red, white and green lights.

Officials say the tradition began back in 1965. In 2018, the town estimated roughly 600,000 people visited during the Christmas holiday.

Visiting is free and officials say you can drive through the town or walk through as many times as you’d like.

It's highly suggested that those who live in McAdenville decorate, but not required.

Many start decorating for Christmas on November 1 -- as soon as the Halloween decorations are put away.

"It brings the community closer together becomes everyone comes out of their houses," another resident said.

Officials say the lights will glow nightly until December 26th. The hours are:

Due to the large number of visitors, town officials say Church and Academy streets will be closed to all vehicles. They say there will also only be three entrances to see the lights, which will include N. C. Highway # 7 from the Gastonia area, I-85 AND U.S. Highway 29-74.

For the second year in a row, McAdenville is up for the “Best Public Holiday Lights Display” sponsored by USA Today. You can vote through noon on December 2.

The winner will be announced on December 13.