Here's how you can make a Charlotte family's Christmas brighter this year.

The Salvation Army says applications for Christmas assistance are up nearly 40% from those with children age 0 to 12 years old and also among seniors. 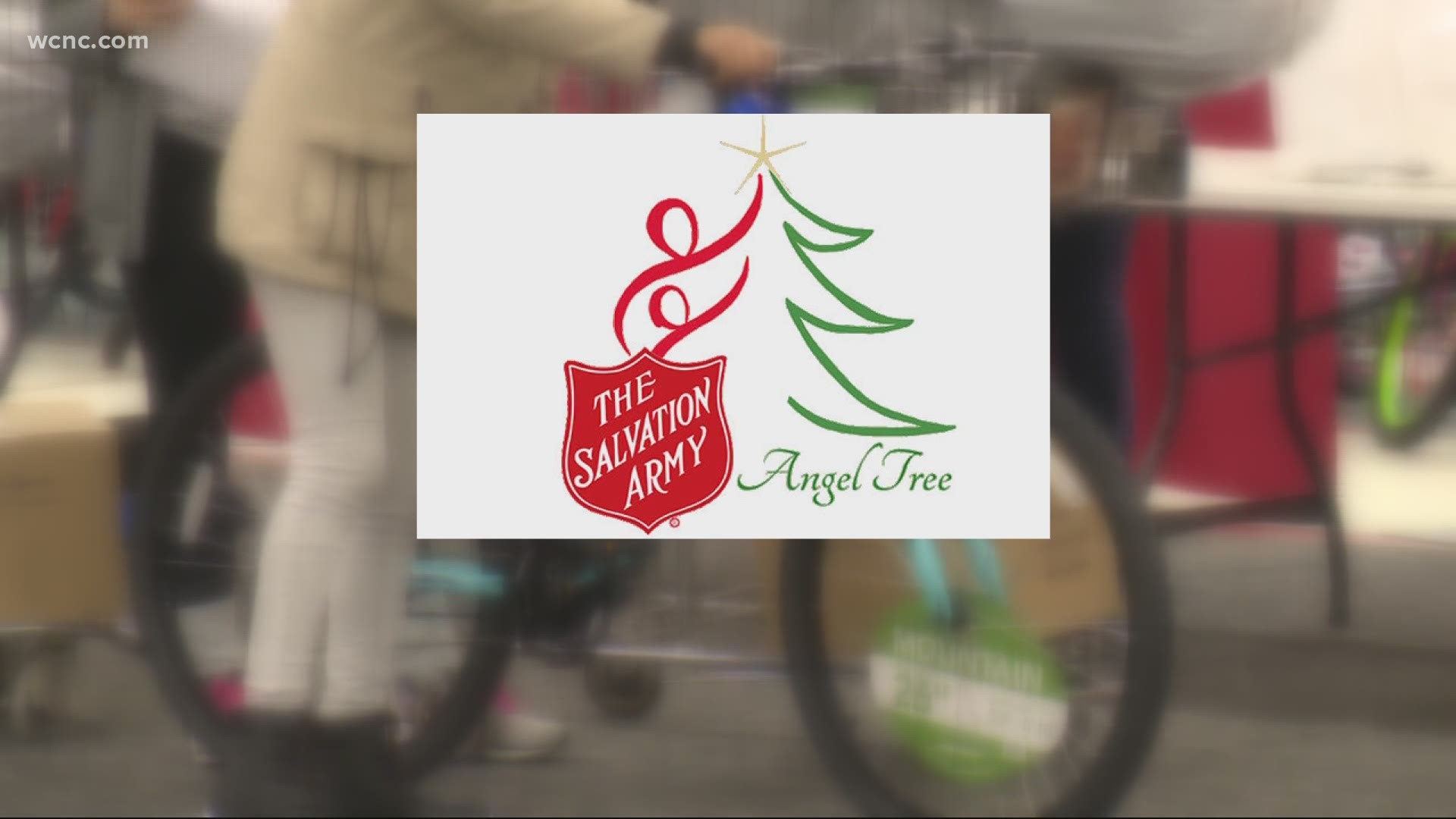 CHARLOTTE, N.C. — With Christmas now under 50 days away, the Salvation Army of Greater Charlotte kicked-off their annual Christmas Giving programs on Monday.

Those programs include their Magical Toy Drive, Angel Tree, and Red Kettle Campaign. The Magical Toy Drive — held again this year in partnership with WCNC Charlotte — and the Angel Tree program help provide Christmas gifts to families and children who may otherwise go without.

The Red Kettle Campaign collects funds which are critical for providing year-round services to those in need, from families experiencing homelessness to at-risk youth in our community, the Salvation Army said.

“Normally, we have close to 60 sites across the community, but because of how entrances to stores are, some stores just didn’t feel comfortable with people being that close, and with COVID being so prevalent, they’ve asked us not to be there this year,” said Major Wilma Mason, Area Commander for the Salvation Army of Greater Charlotte.

But thanks to a couple of community partnerships, including Charlotte-based Belk stores, Mason said the Red Kettle campaign will go on —  just at fewer retail locations.

“The need in our community is greater than ever,” Mason said, adding the Salvation Army of Greater Charlotte served more than 9,000 across the community last year.

This year, Mason said applications for Christmas assistance are up nearly 40% from those with children age 0 to 12 years old and also among the senior population.

“And we’re already running ahead of that and we’re still processing applications,” Mason said.

She said the Salvation Army’s Angel Tree program is also facing a hard start this year with fewer volunteers.

“Because people are working from home now, they’re not in their offices, where they typically would adopt angels,” she said.

So this year, the Salvation Army said they’re relying on new ways for people to donate, including a contactless payment system and online donations.

They say donors can also shop their Walmart-Angel Tree registry, or purchase toys for the Magical Toy Drive and drop them off at your local Belk store.

You can also make a contribution online to the Virtual Red Kettle at www.SalvationArmyCharlotte.org/kettle.

In addition to donations, Mason said they are also in critical need of volunteers.

“Not only for the Red Kettle, but there’s been a shortage of volunteers stepping forward and saying I want to adopt angels,” Mason said. “And then on the other hand, having people come to our warehouse and process those angels and get them ready for distribution for the families to come and pick-up, we’re really short on volunteers, so volunteers are a critical need at this point.”

To learn more about how to get involved in any of these campaigns, visit SalvationArmyCharlotte.org/Christmas.