Charlotte's Thanksgiving Day parade is the fourth largest parade in America and the biggest in the Southeast. 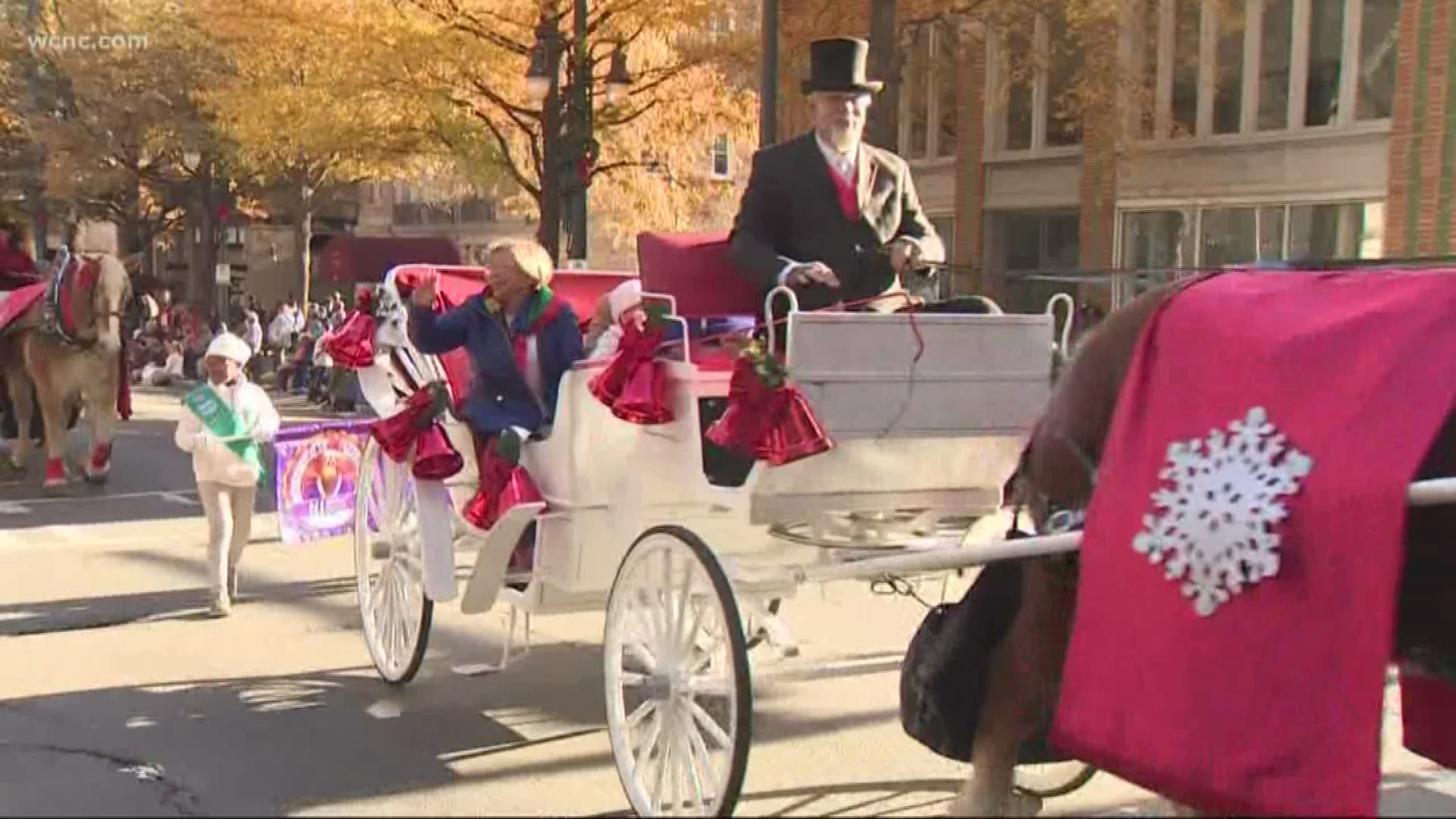 The parade, which is the fourth largest in the country and biggest in the Southeast, ran south along Tryon Street from 10th Street to Morehead. Parade officials expected around 40,000 people to line the street for the Charlotte tradition.

"it's a lot of fun, it's just tradition at this point," said Christina Brown. "It's always good to see the local bands and kids and organizations come out and just be a part of the city."

Many families return year after year to see the dozens of floats and performers, including several different marching bands. For many, it's the perfect way to start the holiday.

"It's awesome. I'm having fun with my family and my precious little dog, and it's nice to get together with everyone out here," said Zy'mier Ward.

RELATED: Western Carolina University’s 'Pride of the Mountains' to perform at the Macy's Thanksgiving Day Parade

RELATED: Here's what grocery stores in the Charlotte area will be open on Thanksgiving