Authorities warn others after series of cars, homes damaged by paintballs

Police say it's been going on since late February. They say living room and kitchen windows, parked cars, even a moving tractor-trailer have been hit. 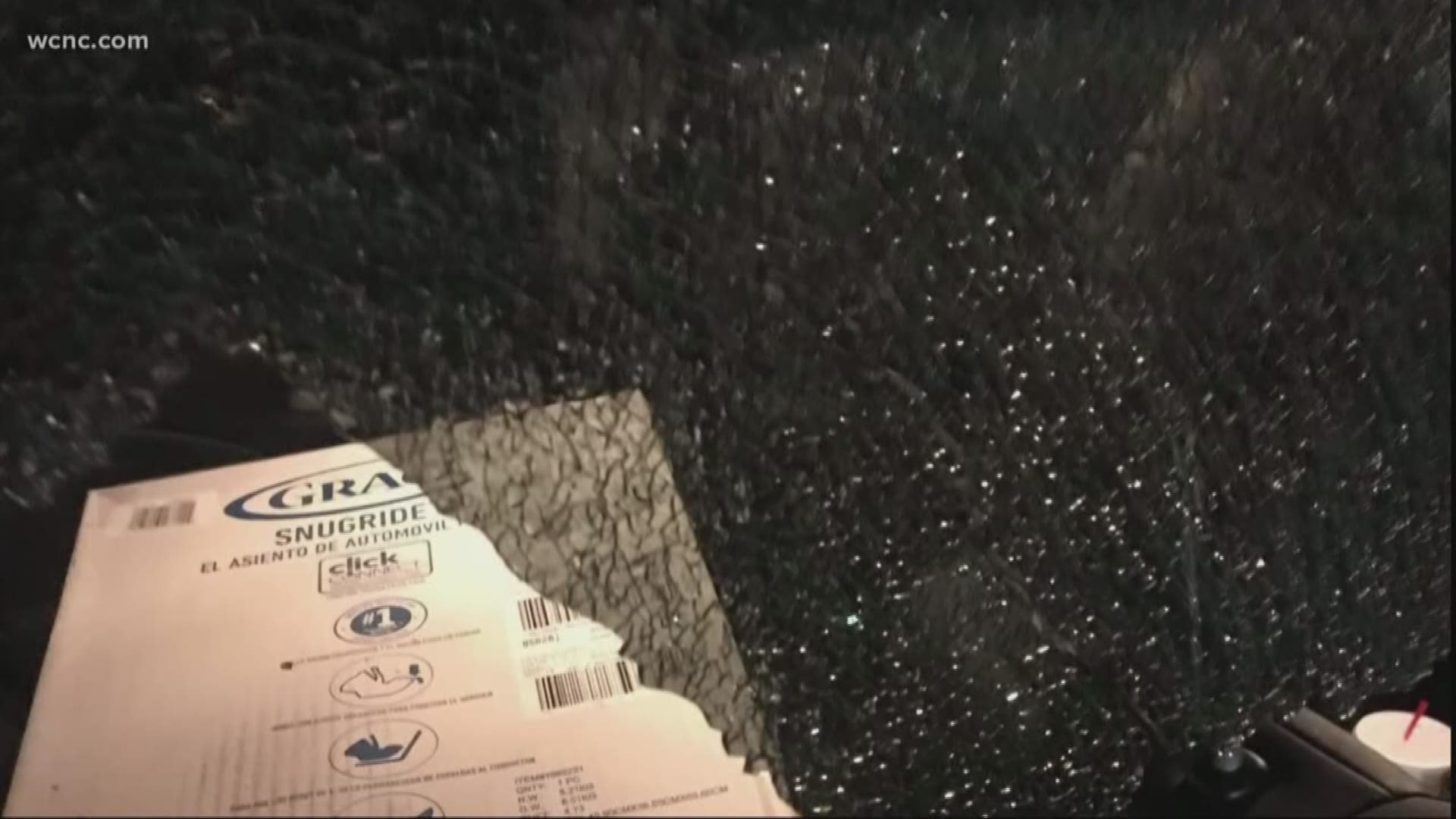 LANCASTER COUNTY, South Carolina — Police say homes and cars in a Lancaster County neighborhood were targeted at least eight times. We spoke to several victims on one block that were hit.

One said a window in their car was busted.

It's not a game, and it's certainly not funny for residents. Lancaster County Sheriff's deputies are searching for the person they say is using paintball guns, slingshots, and ball bearings to break out home and car windows.

Police believe as many as eight incidents in Lancaster's Tradesville neighborhood are connected.

Johnny Whitaker was on his way to an 8 a.m. doctor's appointment last week.

"Got in the car and we heard something crumble," Whitaker said. "We got out the car and looked back and the whole back window was gone with a hole about that big in the middle of it."

Police say it's been going on since late February. They say living room and kitchen windows, parked cars, and even a moving tractor-trailer have been hit.

In several cases, police have found steel balls near the damaged property. Luckily no one's been hurt.

At this point, police haven't identified a suspect.

Victims say they will sleep much easier once someone is in custody. Anyone with information is asked to call the Lancaster County Sheriff's Department.