Still waiting for your yard waste pickup? This is what the City of Charlotte says.

Residents had to put their yard debris out by Apr. 27, and weeks later, most are still waiting for service. 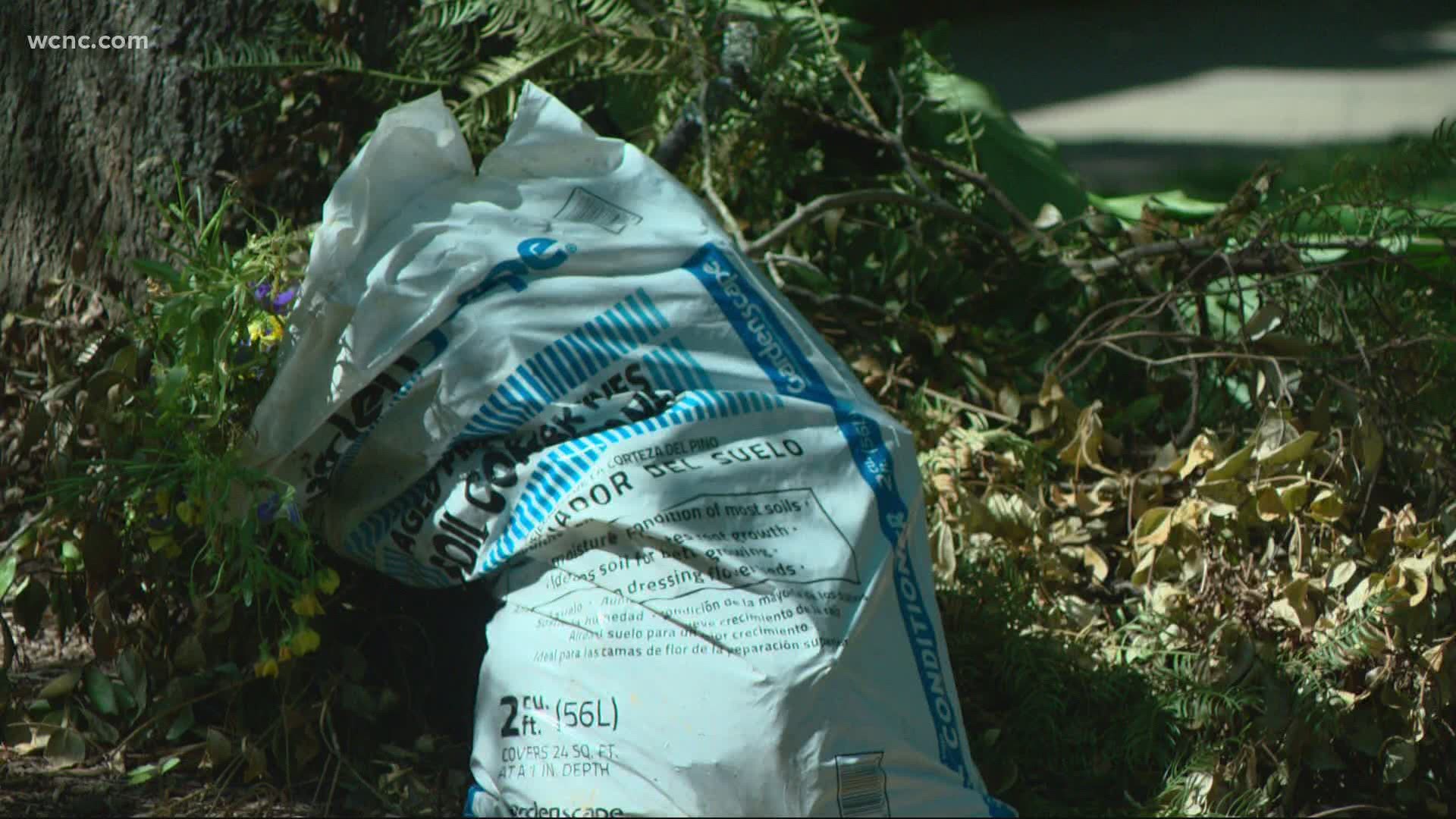 CHARLOTTE, N.C. — As a landscaper, Devarzia Partlow has seen it regularly for weeks: piles of leaves, branches and other yard debris on curbs all over Charlotte.

"It's a little frustrating. It doesn't make your house appeasing," Partlow said. "I heard the city's been behind on people so they're trying to look for more people to get the curbs cleaned up."

The city has, indeed, been trying to catch up with yard waste collection. Solid Waste Services says the sheer volume of waste and weather, in some cases, has slowed it down.

The city suspended waste collection in late March to figure out how crews could safely work during the pandemic. Later, it announced a one-time collection to pick up storm debris and spring maintenance clippings. Folks just had to put their waste out by April 27.

South Charlotte resident Ric Allen says, over the weeks, his neighborhood's waste had become more than a visual nuisance.

"The cardboard boxes (holding his neighbor's debris) have almost turned into plastic bags. They are slowly deteriorating, and the branches — they're starting to rot," said Allen.

"The way we've been getting rain the past three weeks, it's causing flooding problems."

Minutes after chatting with Allen, crews showed up on his street, to his surprise and delight.

The city says it'll likely be the same for others still waiting for service.

Since many neighborhoods contain several different routes, the city says it's hard to give people specific days when crews might show up.

So far, crews have visited nearly 40% of homes in the service area — 88,229 homes. It says it's adding workers from other departments to help with the collection, along with contractors, and crews are working Saturdays to get through the workload.

The city says residents should leave yard waste at the curb until it is collected.

"Our commitment is to serve, and we are working hard to ensure everyone’s safety," said Brandi Williams, Community Affairs Manager with Solid Waste Services.

Thank you to Diane S., who reached out with this story idea on Nextdoor. To submit a story to Vanessa, visit her profile a send her a message.

RELATED: Plumber warn against flushing wet wipes in the absence of toilet paper during shortage

RELATED: Upgrade the look of your home the easy way

RELATED: How to avoid plumbing problems in your home