This Mother's Day weekend, a women-led team continued work on a new Habitat for Humanity House for a Charlotte mom. 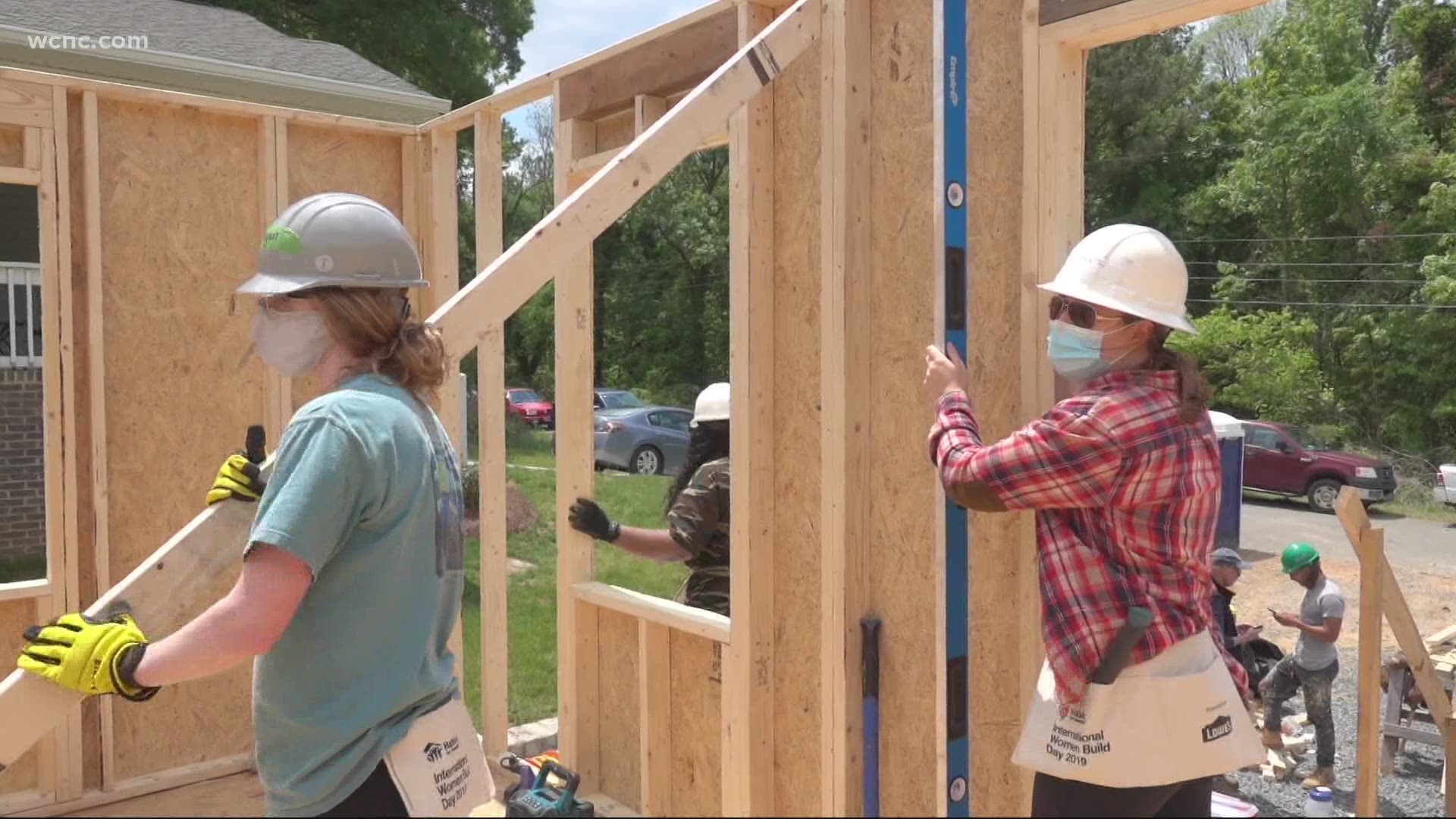 CHARLOTTE, N.C. — Strong women help other strong women, and this Mother’s Day weekend every nail, piece of wood and speck of dust helped prove that message for a Charlotte mother.

“We are building on my home,” Taneesha Gleaton exclaimed with a twinkle in her eye and a smile spreading across her face. “I feel amazing, like I feel so grateful, I feel so blessed to be going through this opportunity.”

Gleaton and volunteers with “Women Build” rolled up their sleeves on Saturday to continue work on a Habitat for Humanity House.

Gleaton and the volunteers spent the day hammering the walls in place on her new home. For months, Gleaton has watched the site go from a patch of trees to a patch of dusty earth and, more recently, the beginnings of a house with a foundation and walls.

“It’s a long journey,” Gleaton said. “You get to see everything step by step so we are really excited.”

“Women Build” is celebrating its 30th year of building affordable housing. According to Habitat for Humanity, the mission began as a conversation among three women working in the Habitat Charlotte region and has now grown into an international movement.

Gleaton’s story with Habitat didn’t begin with this home: her mother was a Habitat for Humanity recipient when Gleaton was four years old.

Gleaton said that was one of the most influential experiences in her mother’s life, and she wanted to have the same, not only for herself but also for her children.

“We wanted them to have a yard to play in that was most important for us, you know and have memories in a home that we can stay in,” Gleaton said. “When you have apartments… it’s not forever. But this is permanent. We can build memories here.”

For more information on the work, Women Build is doing in the community to commemorate its 30 year anniversary, click here.

RELATED: Teens could soon be protected from COVID-19