Federal job numbers show the COVID-19 pandemic forced women to choose between work and family. Female employment levels now dropped to what they were in the 1980s. 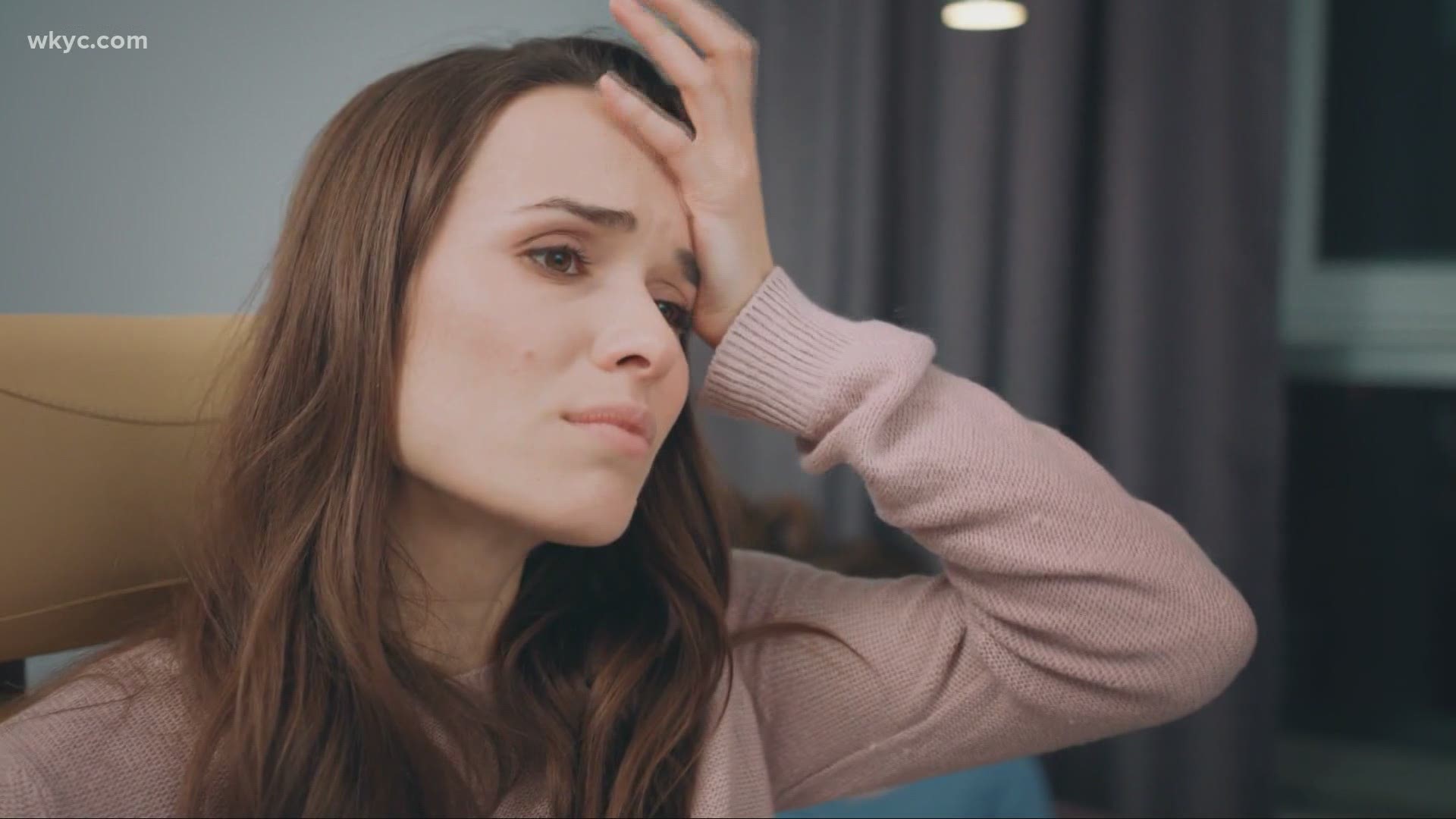 CLEVELAND — The COVID-19 pandemic isn't just a healthcare crisis. It's also a women's crisis. Before the pandemic hit, for the first time ever, there were more women in the workforce than men. Now, statistics show we are back to late 1980s levels. This is happening to our own families, our friends and neighbors -- and the impact will last generations.

“It was one of those opportunities that just came once-in-a-lifetime for me,” says Mykka Gabriel.

Last year, she landed her dream job working as a therapist on a college campus. But in March, that dream was dashed.

“I had that opportunity, but I have a one-story apartment [and] four children -- the youngest being 2 at the time. My husband's a teacher so he was out at work and so there's no way I can maintain someone's confidentiality with a two-year-old running around, fighting happening in the background. There's no way,” says Gabriel.

And then there’s Bianisha Smoot.

“I really I did not want to resign," she says. "That was like the last option that I wanted to do."

She was left without childcare and only one option: Quit her job.

These two are among the nearly 3 million American women who left the workforce directly because of the pandemic. The problem is far from over because the latest government job numbers show women's participation in the workforce dropped in January while men's stayed flat.

“It's what they've called a pivotal point where if we don't change the trajectory we are at risk for losing the gains that have been made in gender equality over the past, I would say, three decades,” says Case Western Reserve Professor Diana Bilimoria.

RELATED: Unemployment fraud in Ohio: 3 things you need to do if somebody has stolen your information

She describes this impact of the last 12 months as one that will last for generations.

The United Nations estimates the economic setbacks will push 47 million women worldwide into extreme poverty. And according to Accenture, the gender gap in the workplace pre-COVID was 2120: 100 years from now.

With more women out of the workforce -- even temporarily -- widens the pay gap between men and women. One study from the Institute For Women's Policy Research found women who took even just one year off from the workforce made 39% less than a woman who didn't.

Luckily, for Gabriel, her job is waiting for her when this pandemic is over ... but she is a rarity.

“I was disappointed, but at the same time my first ministry is my children. And so I understand that whatever is going to be out there for me it's going to happen you know so just because it's not my timing.”