Charlotte resident Travonna Casey spent 15 years building a career in finance, but she had to pause it during the pandemic to take care of her two children. 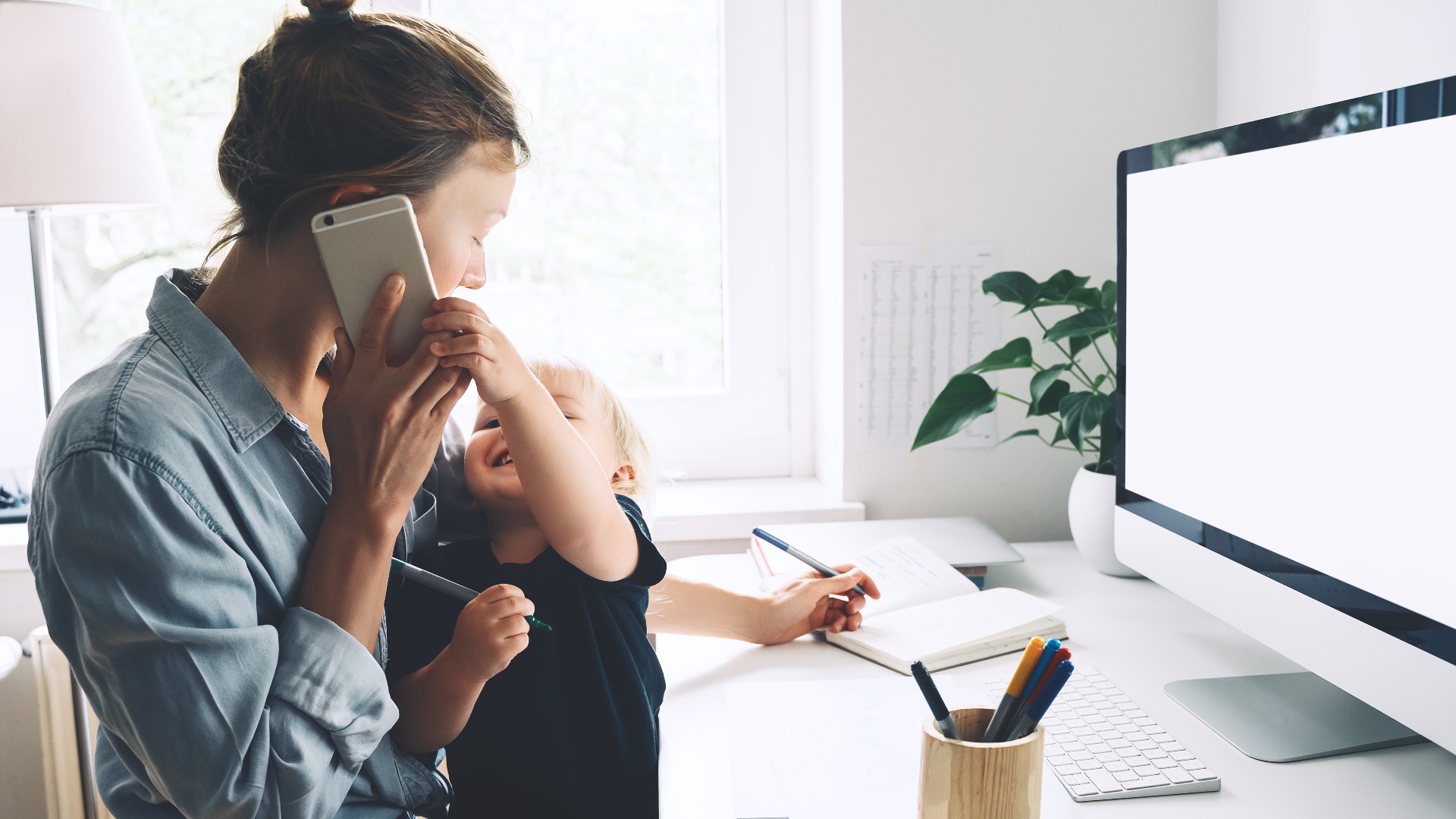 CHARLOTTE, N.C. — Labor Day celebrates American workers, but researchers say the pandemic has forced many mothers to choose between their careers or their families.

UNC Charlotte professor Margaret Quinlan said women are not only leaving the workforce to care for families, but also struggling with their mental health.

Quinlan said women wouldn’t have to choose between their careers and their children if they had more support.

“People need to hear that women have been set up to fail, that the system is not set up for us to be successful,” Quinlan said. “If women were valued, if mothers were valued, this [system] would have already been in place.”

Quinlan is a communication studies professor who recently co-authored a book called “You’re Doing It Wrong!” Her research looked at the pressure mothers are under, made worse by the pandemic.

“Mothers are definitely struggling right now,” Quinlan said. “People are at their breaking points. It’s going to have tremendous long-term impacts, and I am worried about people's mental health their physical health.”

Charlotte resident Travonna Casey spent 15 years building a career in finance, but she had to pause it during the pandemic to take care of her two children.

“Even thinking about [the] return to work fills me with so much anxiety and dread because it’s like, you know, how are you going to get everything done?” she asked.

Casey regularly worked 50-hour weeks, and when her company transitioned to working from home, she would stay up past midnight finishing work after her children had gone to bed.

“When you're a mother, it's like you're giving, giving, giving all the time,” Casey said. “But, you know, my career was something for me that was separate from my husband and my children.”

She said one possible solution to her workload would be a job-sharing program. Job sharing allows two or more employees to share the duties of a full-time job. It means working less and making less, but it would give mothers like Casey the flexibility they’re searching for.

“I know many qualified, capable, competent women who would jump at the opportunity to have a little more time for life, family, and themselves in exchange for a salary adjustment at work,” Casey said.

“We need the support because we’re drowning,” Quinlan said.