'A lot of bang for your buck': Why homeowners are moving to Monroe, NC

Buyers have options given all the work at home caused by the pandemic. Looking for that cheaper option with more open space? Think Monroe, NC. 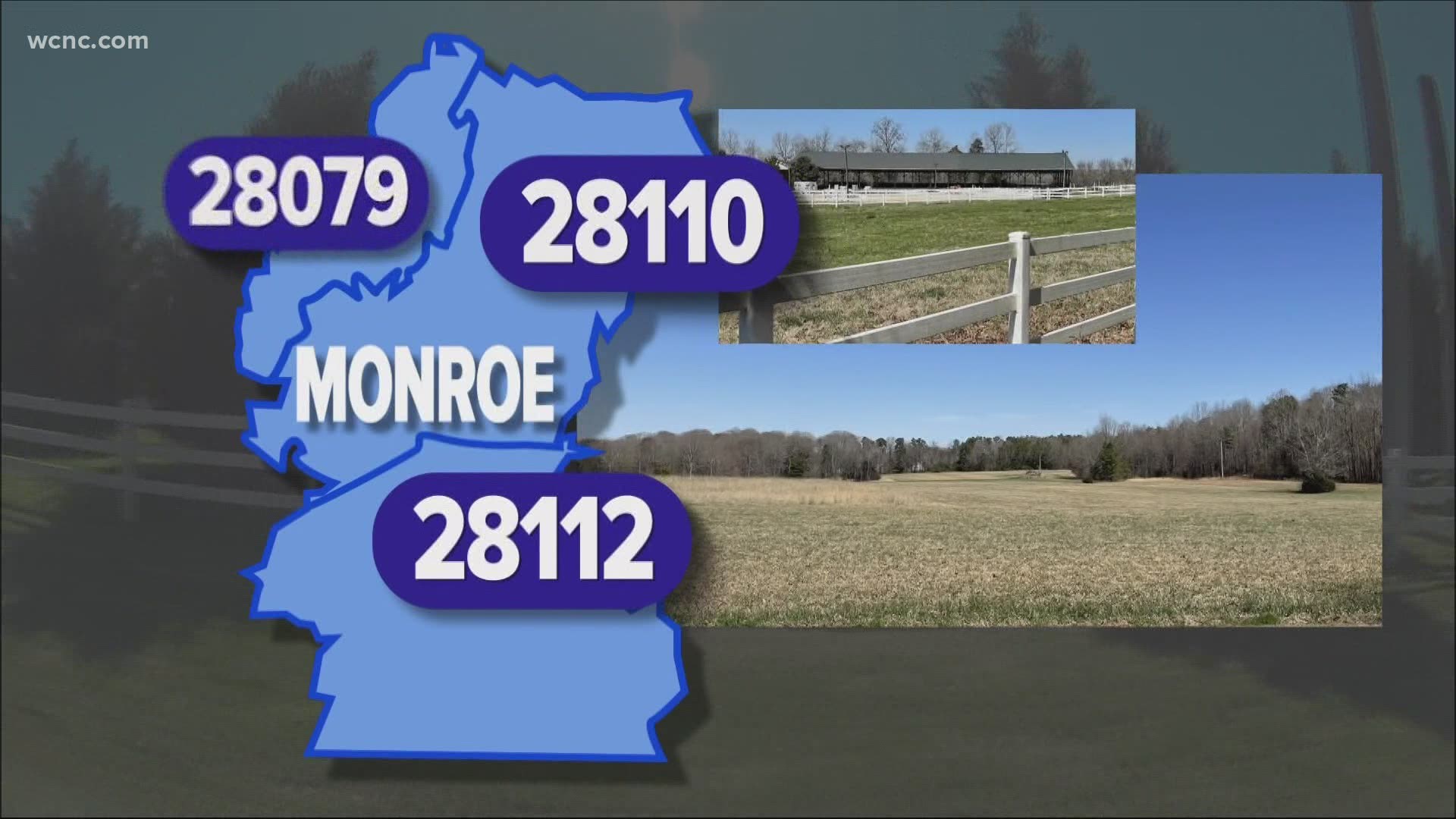 MONROE, N.C. — With so many people working from home, and man likely to stay at home if they can, living close to the city and paying more might not be a priority.

With interest rates rising, where might you find a good deal on a home? How about Monroe, North Carolina? Monroe is in Union County, a little less than 30 miles outside Uptown.

WCNC Charlotte is taking a quick look at the difference between living in Monroe versus Charlotte.

If you choose to live further out, yes, you typically get more for your money in the big picture. But there are tradeoffs. Or at least, there used to be.

“They (buyers) are getting away from the high traffic to the low traffic” David Hoffman, owner of the David Hoffman Group and Union County real estate expert, said.

"First and foremost, you get a lot of bang for your buck and you can get a lot of land," Hoffman said. "That's a rare balance in the Charlotte region."

In Monroe zip codes, you'll find cheaper oversized lots, a more laidback rural look, less traffic, and in downtown Monroe, a historic feel. It's a lot like the Matthews and Pineville areas.

For example, here are two recent listings. While no two are exactly alike, this is a pretty fair comparison. A Charlotte listing is for a three bedroom, two-and-a-half bath, 1,554 square foot home is right at $500,000. A similar sized home in Monroe? Just $299,900.

Another Charlotte listing just closed by the David Hoffman Group, a four-bedroom three bath with almost 2,500 square feet sold for $525,000. In Union county, a slightly smaller home located in Indian Trail, listed for only $275,000.

As for taxes? Union County is still cheaper. Mecklenburg County’s rate is .83 vs Union’s at .66. Remember these comparisons are generalities and won’t apply to everyone at every property in either place.

RELATED: Up in 60 | Things to do in Monroe, North Carolina

Buyers in the Monroe area, depending on location, have access to the Monroe Expressway, which connects to Interstate 485. In lighter traffic, it’s possible to be in the south Charlotte area within 30 minutes.