These are the most uniquely searched grilling recipes by state 🍖 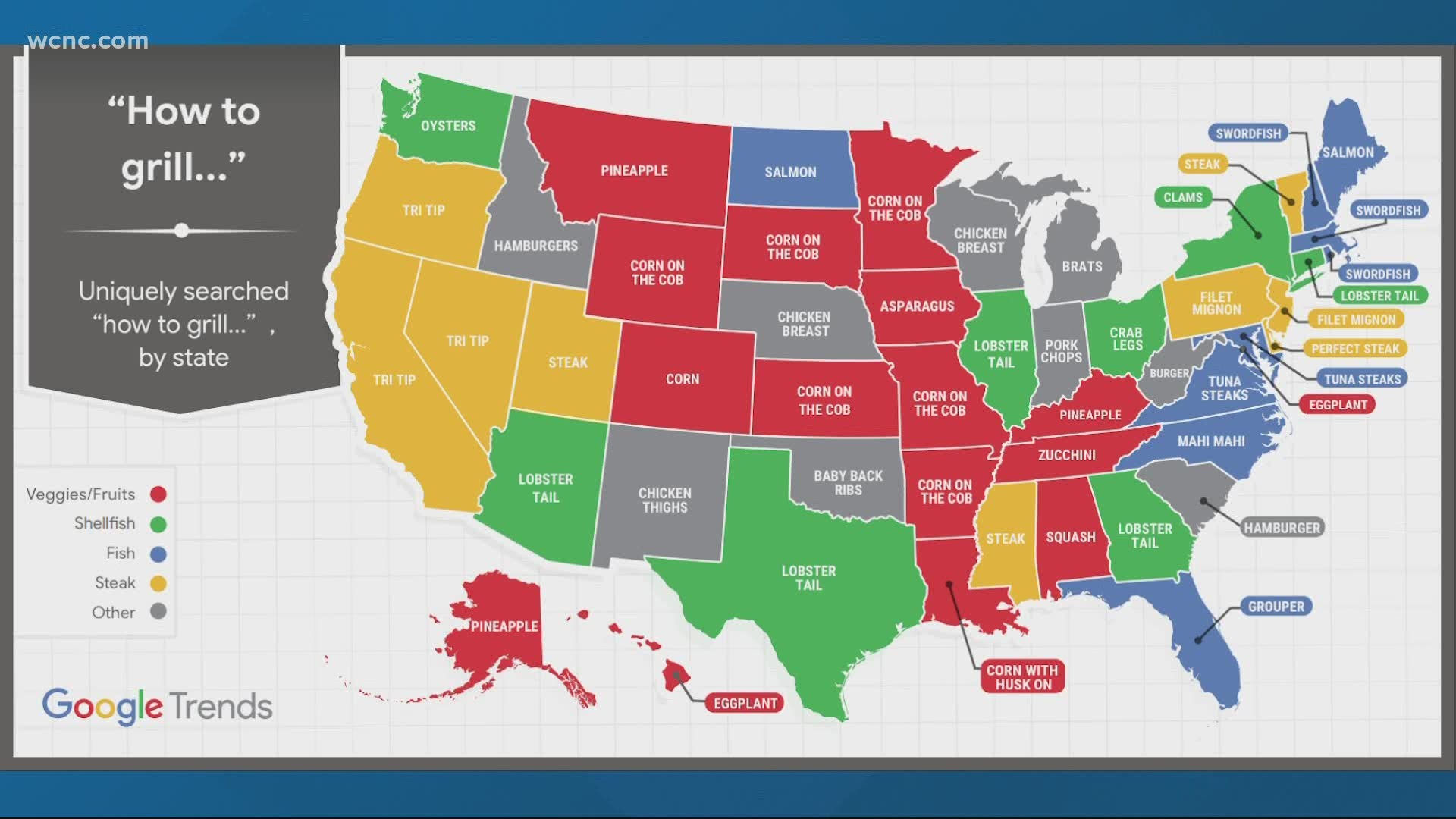 CHARLOTTE, N.C. — Google search data shows the most unique meals being grilled in each state for the Fourth of July weekend.

From steak in the west, to seafood in the east, the data from Google Trends show the most unique searches by state. Or in other words, the data is normalized to remove shared interests across the country and intended to show recipes disproportionately searched in that state, a Google spokesperson confirmed.

Some states, like South Carolina, Idaho and West Virginia, are allegedly looking to perfect their hamburgers.

Credit: Google Trends
A map from Google Trends show the most unique searches for grilling recipes by state for the Fourth of July weekend.

Arkansas Corn on the cob 🌽

Kansas Corn on the cob 🌽

Louisiana Corn with husk on 🌽

Minnesota Corn on the cob 🌽

Missouri Corn on the cob 🌽

South Dakota Corn on the cob 🌽

Wyoming Corn on the cob 🌽

Editor's Note: We'd like to acknowledge and thank our stand-in emojis, including: Cucumber for squash, lettuce for asparagus, blowfish for grouper, shark for swordfish, hot dog for brats, chicken leg for chicken thigh, and sea shell for oysters and clams. We've learned that these items are beloved when it comes to the grills in your state, but that love was not equally applied to Unicode.