Mother fighting ALS gets victory, but it's bittersweet 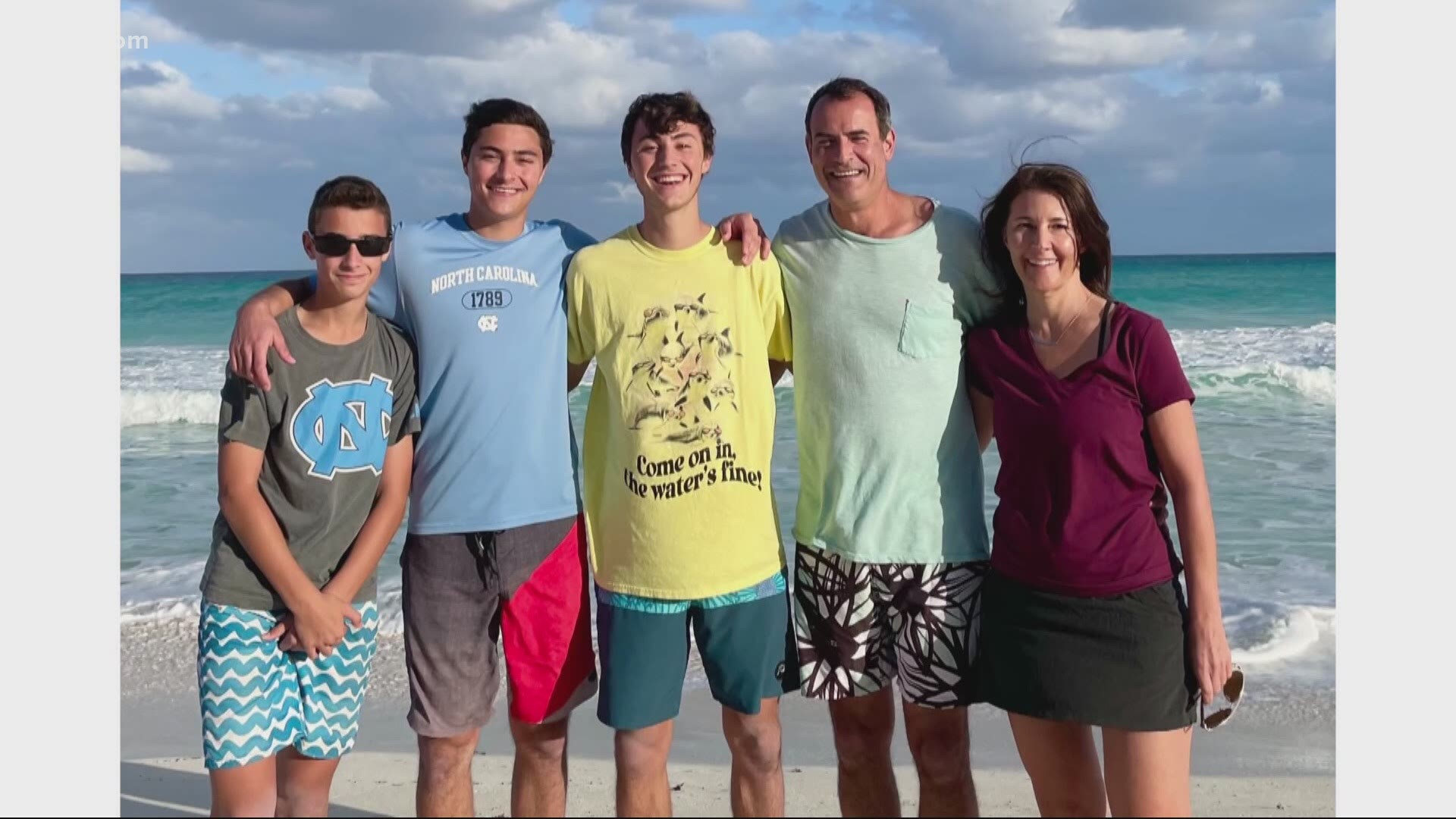 CHARLOTTE, N.C. — Last month we told you about Lisa Stockman-Mauriello, a woman battling a rare form of ALS, which is very aggressive and progresses at a very rapid rate.

A drug that may slow the progression of the rare form of ALS is in clinical trials and in the past, Mauriello and other patients in the same situation, were unable to gain access to it from the drug maker, Biogen.

However, this week Biogen reversed its earlier position that patients outside the clinical trials couldn’t have access to a drug called Tofersen because it wouldn’t be fair to people in the study.  And while that’s good news for so many families going forward, there is bad news for the woman and family that pushed for this change.

The Mauriello family is made up of fighters, together with wife and mom Lisa, they are fighting ALS, fighting for change so drugs in clinical trials can be given under compassionate use, and fighting to just live longer.

When Bob Mauriello and WCNC’s Bill McGinty did this interview, Lisa was resting, unfortunately her condition has now deteriorated rapidly since WCNC talked to them a month ago.

“Team Lisa” was then gearing up to take on drug maker Biogen, asking, begging, for the drug company to allow a new drug called Tofersen immediately, which might extend Lisa’s life long enough to see her sons graduate from high school, college, and the 8th grade this summer.

RELATED: A mother's fight to live longer: Why did the drug company say no?

“If she is still alive at that time, her condition will have deteriorated so much, that it’s not much of a quality of life” said Bob Mauriello.

This week Biogen announced it would allow Tofersen for compassionate use, but it won’t happen until July, moving up the fall date.

The drug maker told WCNC in a statement:

“We do not believe it is fair to ask participants in this study to continue to receive placebo while other SOD1-ALS patients are offered access to Tofersen, but we do believe that access could be provided as soon as the placebo-controlled study has ended. However, until the safety and efficacy have been established, we will prioritize early access for a subset of the most rapidly progressing patients with this rare, severe disease.”

“It’s kind of ironic that one of the people that has been instrumental in getting them to make this change, is not going to benefit from it” said Bob Mauriello who struggled through the emotional zoom interview.

It’s a bittersweet victory for the Mauriello family, who will ease the suffering and grief of future families with ALS, as they now deal with the current realities of ALS in the present.

Lisa Stockman-Mauriello made a post to her CaringBridge page saying “Today I realized I am going to die, of course I know ALS is a fatal disease, but I had pinned my hopes on getting Tofersen.  We had heard patients in the trials had little or no progression, and it seemed like it would give me a reprieve, that hope was dashed with Biogen’s announcement.”