'My best friend was a hero too': Friend says it hurts to feel like Reed Parlier was forgotten after UNC Charlotte shooting

Now a year later, Reed’s best friend is speaking out for the first time. He says it was hurtful to feel like his friend was forgotten by the country. 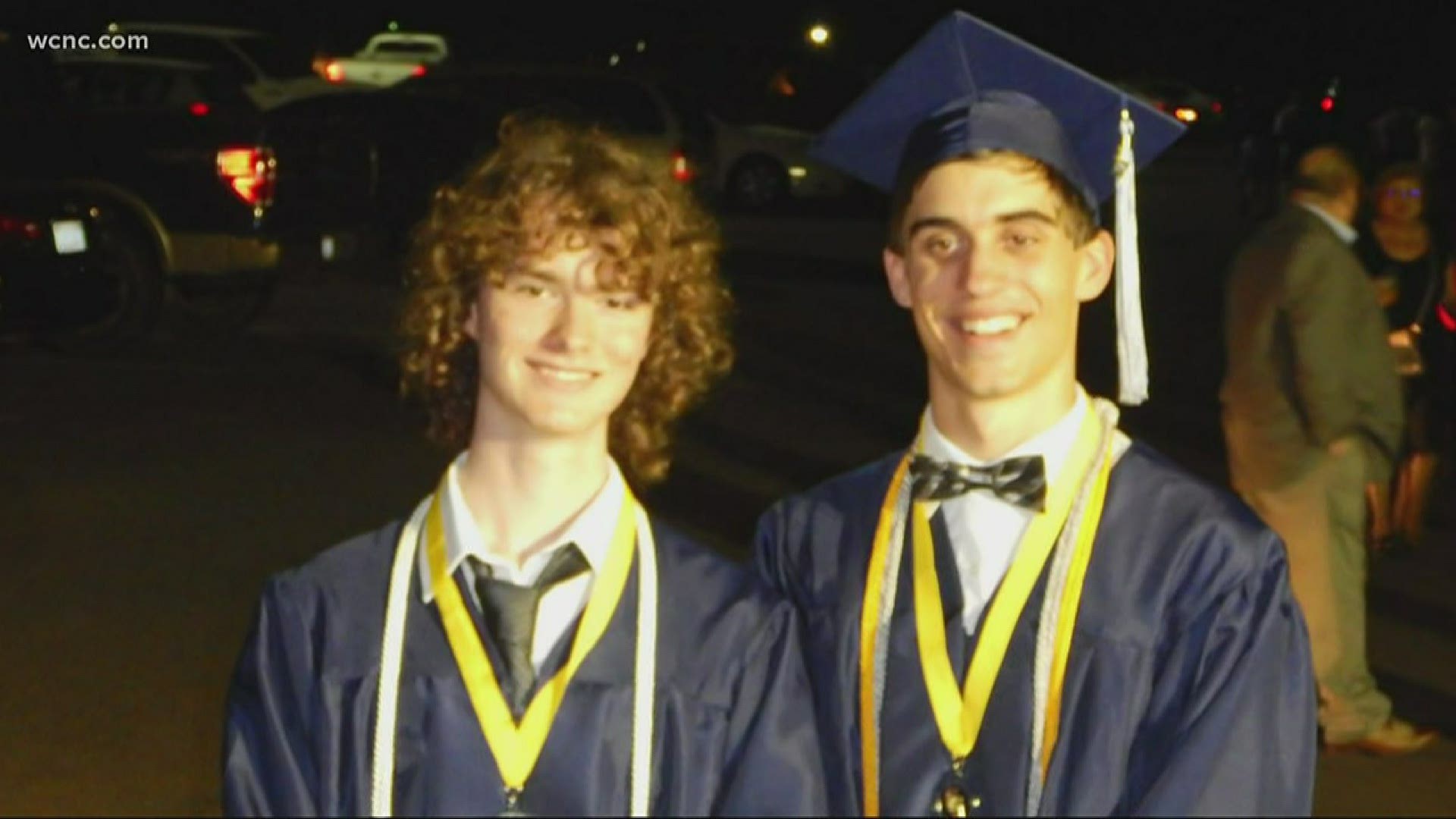 CHARLOTTE, N.C. — One year after the UNC Charlotte shooting, one man is describing the heartbreaking loss of his best friend.

Reed Parlier was one of two students who was shot and killed by the gunman. The other student, Riley Howell, became known as a hero for tackling the shooter before he died.

Now a year later, Reed’s best friend is speaking out for the first time.  He says it was hurtful to feel like his friend was forgotten by the country.   He tells WCNC Charlotte Reed was the glue that kept their group of friends together.

“My best friend was Reed Parlier,” said Josh Weirich. “We basically talked every day from 6th grade through the day he was killed.”

Weirich says the harmony between their group of friends was never the same after Reed died during the UNC Charlotte shooting on April 30th, 2019.

“He was the glue that stuck our friend group together,” said Weirich.

Weirich read the news about the active shooter at UNC Charlotte but was hoping for the best.  Then he got the call from Reed’s sister later that night.

“The phone actually said ‘Reed Parlier’ because it was their home phone so I thought it was him for a second, and then I picked up, and the first two words were ‘he’s dead’,” said Weirich. “I shook as of if it was like 30 degrees and I was like out in the cold and the snow.”

Reed Parlier and Riley Howell were both killed during the shooting.  Riley quickly captured national attention for his heroic efforts tackling the shooting, but Reed didn’t receive the same recognition.

“It hurt to see, to feel like my friend was forgotten,” said Weirich. “If you ask me, my best friend was a hero too because every bullet that went into him didn’t go into someone else.”

One year later, Weirich wants everyone to remember the friend who meant so much to him.   He says Reed was funny, generous, and loved to play video games with his friends.

“Sometimes he would buy a game for us, if we couldn’t buy a game,” said Weirich.

For Weirich, the time has not healed the wound.  He says he’s seen counselors to deal with the pain, but it does not go away.

“I could be doing absolutely anything and I will spontaneously think about it, and whatever I’m doing is just not fun anymore,” said Weirich.

The sense of loss will perhaps be most obvious in a couple of months, when Weirich says he’s planning to get married without his lifelong friend there.

However, on this tragic milestone, Weirich says their group of friends plans to reunite to play video games like Reed would have wanted them to do.

“For the first time since it happened really, for all of us to get together and just play,” said Weirich.