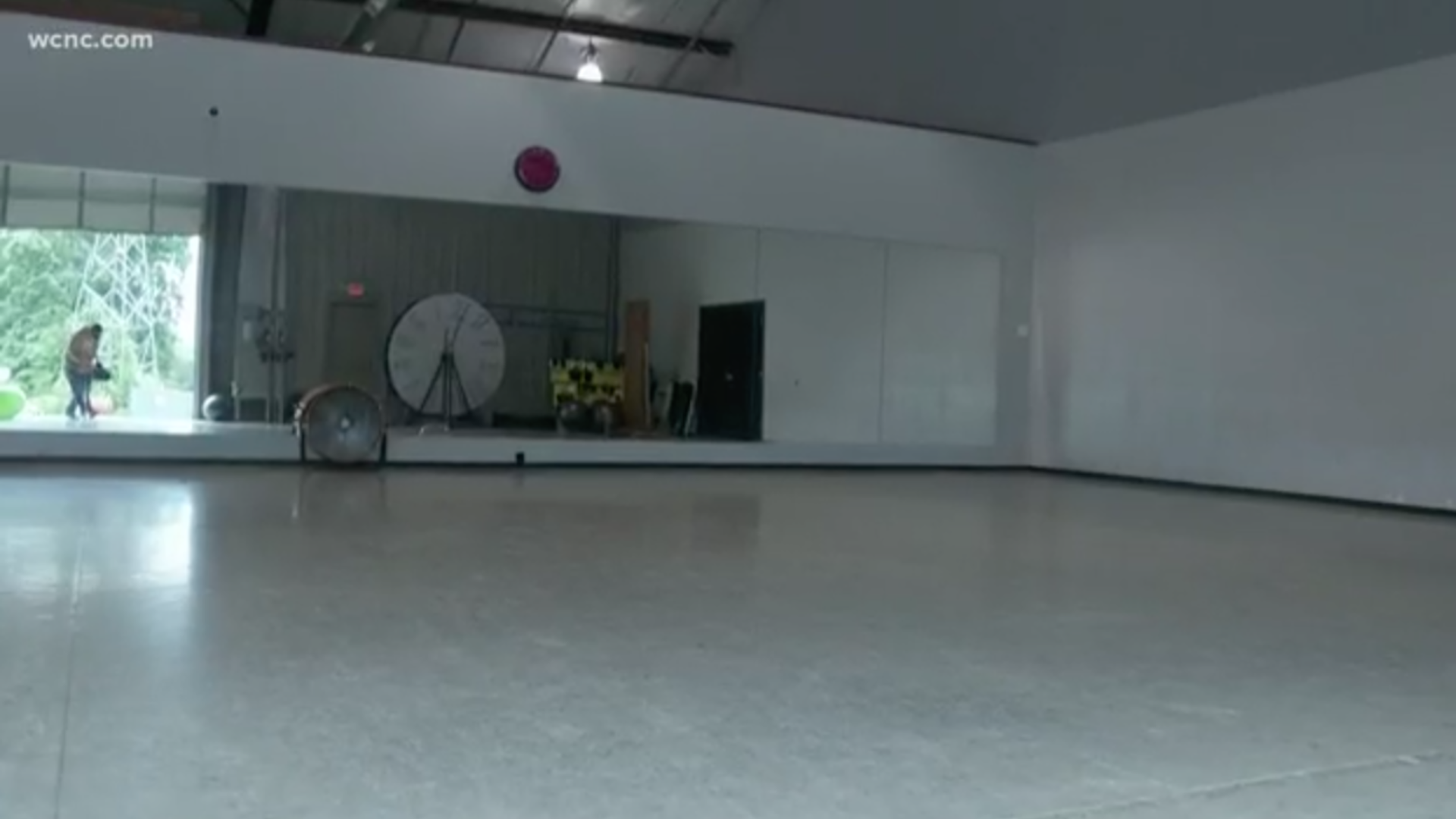 These types of businesses now have to wait to reopen under Phase 3, which is not expected to start until at least June 26.

RELATED: 'We're ready for everything to be back to normal' | Charlotte businesses start Phase 2 with a bang

As of Tuesday afternoon, more than 13,000 people had signed an online petition, pushing for North Carolina dance studios to have a soft reopening by June 1 with restrictions in place.

Shohn Petty, owner of Dance Productions #TheRemix in Harrisburg, said the studio has been busy investing in and implementing changes to be able to safely reopen.

The studio was ready to reopen under Phase 2, until Governor Cooper announced it wouldn’t be able to move forward.

"It was a real punch in the gut, I guess so to speak, that we were not allowed to open, 'cause we've prepared the space,” Petty said. “I mean, we have an open-air studio. I have large 15-foot by 10-foot tall bay doors in the back."

In addition, the studio will utilize large fans, rather than the HVAC system, for air circulation. Sanitation stations have been added to the studios. Only nine dancers will be allowed per class, and instructors will wear face coverings.

"That was my goal was just to get back into the space, follow all the CDC and state guidelines,” Petty said. “We were ready. Our parents were ready. Our dancers were ready for a safe return, and we just weren't allowed to do it."

In the meantime, Petty said dancers have been doing online training, relying on Zoom and the space they have at home to continue practicing.

He said it could take time to recondition students to prepare for competition season.

Dance Productions #TheRemix is a national championship-winning studio, Petty said. With other states moving forward with the reopening, their competitors are already training.

Petty said he is hoping the state reconsiders the restrictions so dancers can safely get back in the studio and get back to doing what they love.

"We're prepared to safely return to dance,” he added.