The state has already spent $10 million picking up trash along our highways. 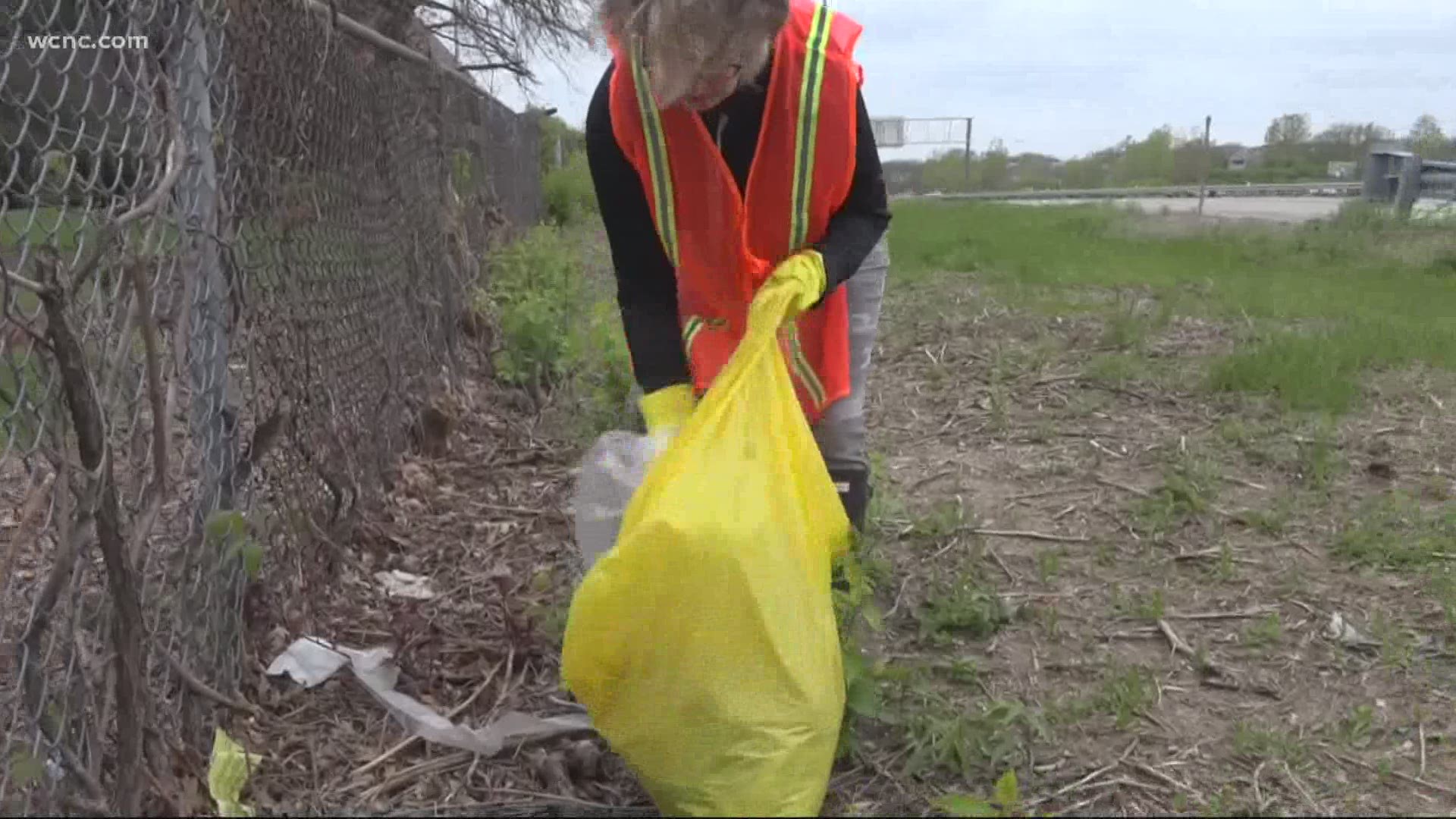 CHARLOTTE, N.C. — Have you noticed the amount of litter alongside North Carolina highways being reduced? It's because of the hard work being done by the North Carolina Department of Transportation.

Most litter pickups were put on hold last year due to the COVID-19 pandemic, but since the spring, things are getting back on track.

Throughout the pandemic, the trash was piling up. Side roads, highways, you name it, all of them looked terrible. For nearly a year, it just stacked up like dirty laundry along our highways. Bigger, more populated counties saw the worst of it.

“This year alone, NCDOT contractors, crews, and volunteers have picked up 8 million pounds of litter” said Richard Kay, a Communications Officer with the North Carolina Department of Transportation.

It was everywhere, and a lot of it being picked up is discarded personal protective equipment (PPE) because of the pandemic.

RELATED: New NCDOT app aims to shame litterers into keeping their trash to themselves

“Picking up litter is purely reactive; it doesn’t tackle the root problem of littering. NCDOT has already spent almost $10 million picking up trash," Kay said. "That money could have gone to roads for potholes, bridges, lots of other places."

South Carolina is a tad more lenient with a $200 fine if it’s less than 15 pounds of trash.

State officials say not securing your commercial load, or the load on your junk trailer, or the yard debris, can cost you big. In addition to fines, community service and litter pick-up can exceed 40 hours.

RELATED: There's a hole causing major traffic backups on a Rock Hill bridge. Here's when you can expect it to be repaired.

NCDOT is getting ready to have its fall litter sweep across the state. It’ll take place in September, and it’s an opportunity to help volunteer and pick up litter in your community. Click this blue link to learn more about the program and how you can sign up.