“This is the place where our babies learn and grow,” Savage said. “That has to be protected.” 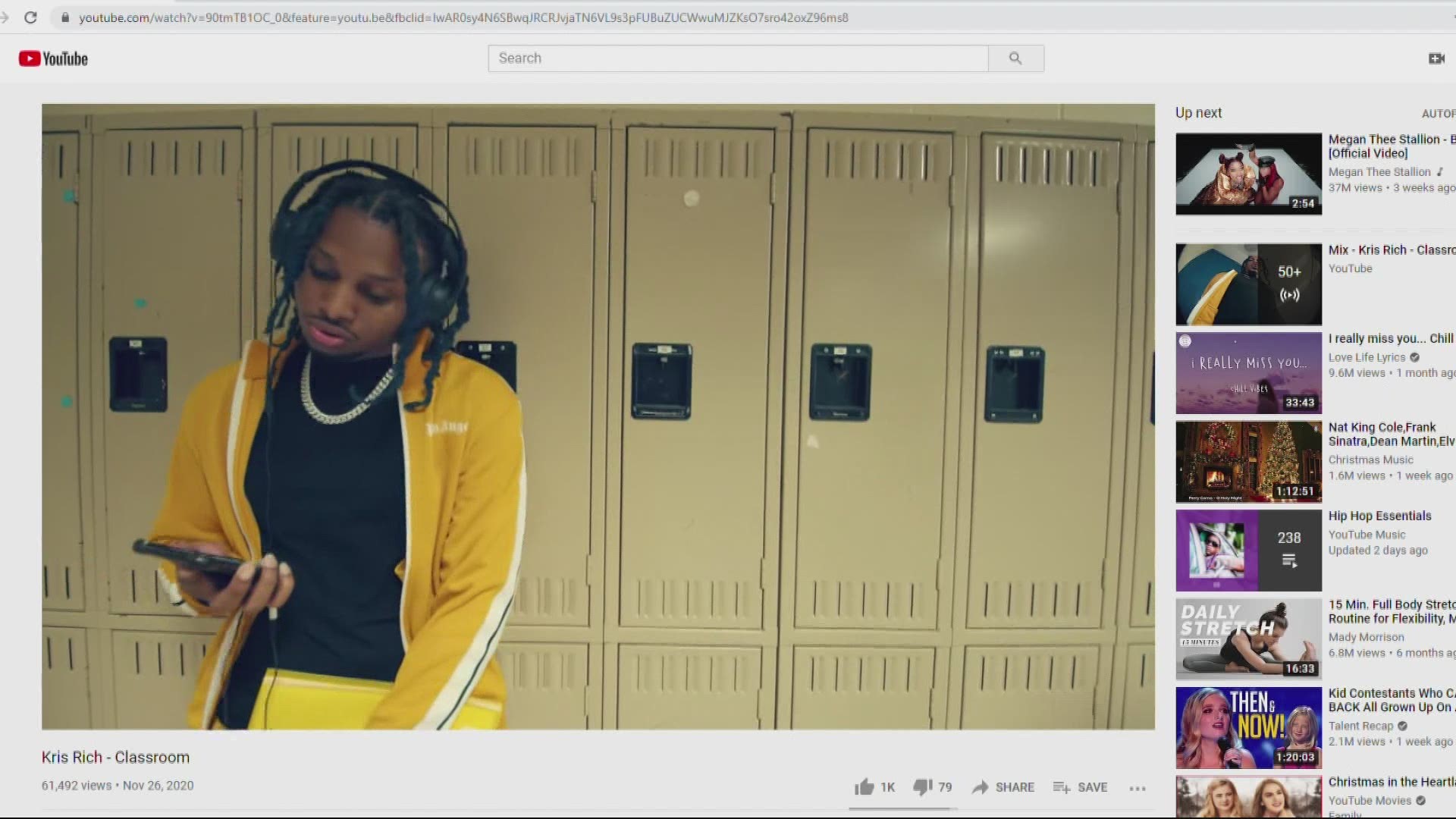 Parents tell WCNC Charlotte the “Bang” music video by Blacc Zacc, which features DaBaby, was shot on the school’s football field earlier this school year. The video “Classroom” by Kris Rich was filmed inside the school building.

Berkley Savage, a parent with two students at Mountain Island Charter School, said the first video featuring DaBaby was slightly concerning, but she let it go as a one-time deal.

However, when she saw the video with Rich, it didn’t sit well.

"We are absolutely disgusted that that would be allowed on our campus,” Savage said.

Throughout the video, Savage said there are several violations and depictions that are inappropriate for a school setting.

The video shows a gun on the campus, although the YouTube video says, “items in video are not real everything is props.” It also depicts graphic sex actions in the school bathrooms.

"No matter how they want to spin it, this was a huge failure of leadership,” said Savage. “There's no excuse for letting these people in our school unsupervised and participate in the conduct that they did."

Executive Director of Mountain Island Charter School Justin Matthews told WCNC Charlotte over the phone that he is just as infuriated as parents about the situation.

Matthews said the school has allowed various groups and events to use the school facilities in the past, and the school was led to believe it would be used in a college project.

Since the school believed this was for educational purposes, Matthews said the school did not receive compensation in return.

Matthews told WCNC Charlotte that the objectionable content that was included in the video was shot in secret.

"Why would you give a college kid free reign access to our school, unsupervised?” Savage said.

The Mountain Island Charter School Leadership Team sent this response to parent’s regarding the situation:

“We are shocked and appalled to learn that one of the area community members has taken advantage of our school’s hospitality by releasing inappropriate, unapproved content. Mountain Island Charter School does not approve of, condone nor do we support content of this nature. The school is rapidly coordinating a response with our legal team in hopes that we can prevent this from happening in the future while at the same time still allowing our community use of our wonderful campus. It would sadden us deeply if the negative actions of one person ruins the opportunity for others who bring positive events and programs for our area to MICS. We apologize profusely to our school community impacted by this bad act by a person outside of our organization. Furthermore, we are disappointed in the distraction that it is causing and we will use this experience to strengthen our internal policies and procedures as a result and be better for it. As many of you are aware, our school for many years has opened its campus after school hours and on the weekends to the larger community. We have successfully hosted hundreds of community events ranging from youth sport organizations, community education sessions, religious services, dance competitions, beauty pageants, as well as film and fine arts recordings from UNCC students and faculty, and even an occasional commercial for a local business. This individual represented themselves as a college students working on a project. MICS did not receive any monetary compensation for the use of our facilities. Additionally, the contents of the video were not shared with the school before release. We want to reiterate our disappointment and let staff and parents know that this egregious abuse of our facilities is not acceptable. The School Leadership and Board are immediately working on investigating this situation and developing policies and procedures to prevent this type of scenario from happening again.

The Board of Directors for the school also issued a statement saying in part, “We like so many of you, share the concern and outrage to see a video that was released with unacceptable content without consent. The school was misled by this individual, and our attempt to help this individual for no payment in return has cost us dearly.”

Savage said a petition has been started to suspend Matthews while an investigation into the events surrounding the music videos occurs.

“This is the place where our babies learn and grow,” Savage said. “That has to be protected.”