The photographer came back to take more photos of "Mama Pickles" with her babies. 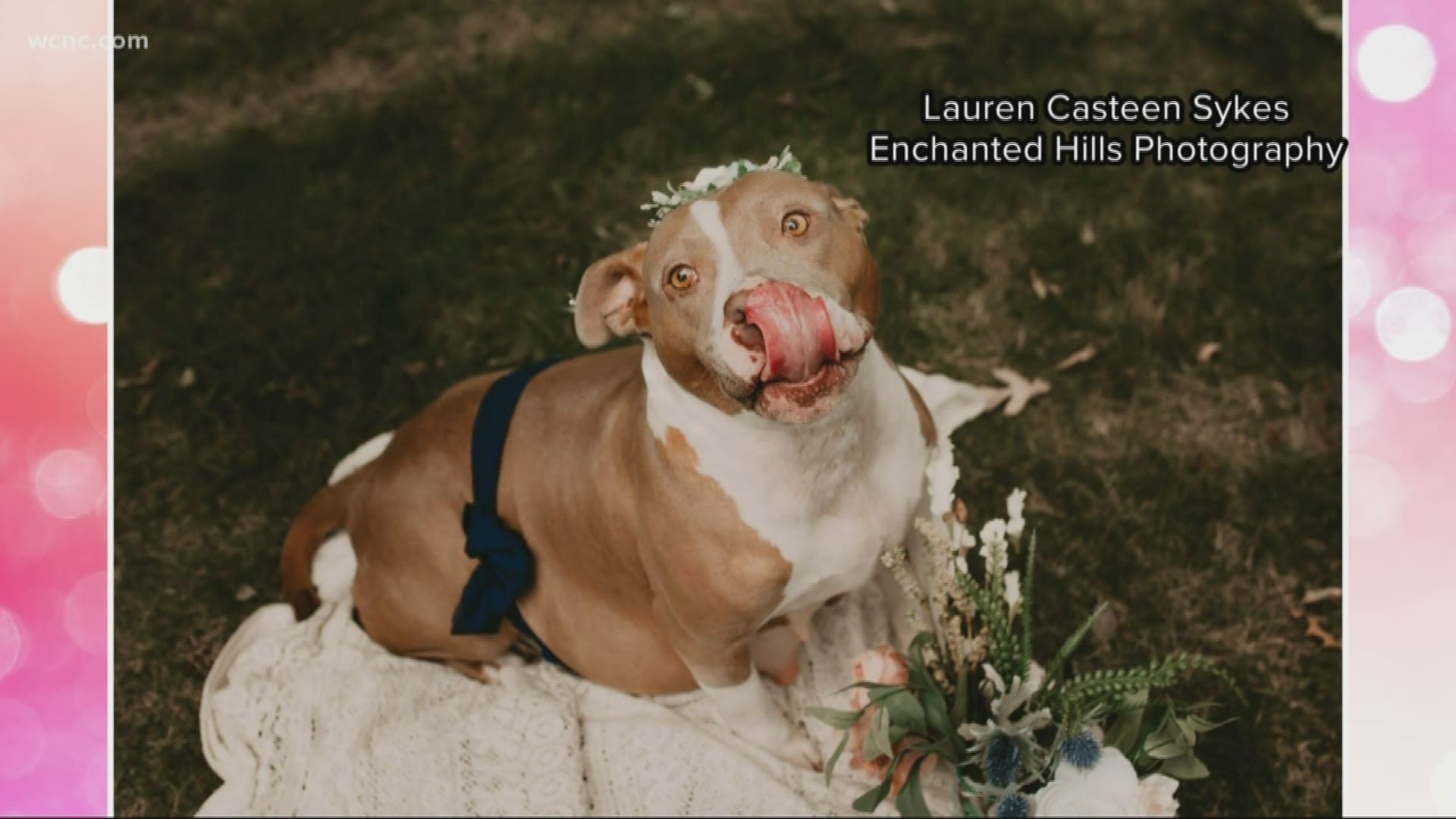 She was found as a stray, brought to a rural shelter, and later saved by Pits and Giggles Rescue. That's where Lauren Casteen Sykes of Enchanted Hills Photography came in.

Skyes met with Pickles for an official maternity photoshoot, and Pickles soaked it up.

Photos of the pregnant Pickles basking in the sunlight, decorated with flowers have made quite the splash online. Then just a few short days later, Pickles went into labor.

Pits and Giggles Rescue said most of their mama dogs want space and privacy while in labor, but not Pickles. She wanted to be close to people, making herself comfortable.

"She spent the night with her head or body in our laps, needing affection and comfort as she struggled through labor pains," Amanda Forsythe, president and founder of Pits & Giggles Rescue said in a message.

Skyes came back and made sure to document Pickles with her litter.

This will be Pickles' last litter, as the rescue says many of the dogs they see have been bred repeatedly and have a "luggage rack of other medical issues."

Pickles will be ready for adoption once her babies have been weaned and she's physically recovered. More information on adopting Mama Pickles can be found on the rescue's website.

Pits and Giggles Rescue and Enchanted Hills Photography are planning to continue to document Pickles and her babies, with follow up pictures and videos of the girls as they grow.

"We're thrilled at the reception this wiggly little pitty mama is receiving," Forsythe said. "She deserves every minute of it!"