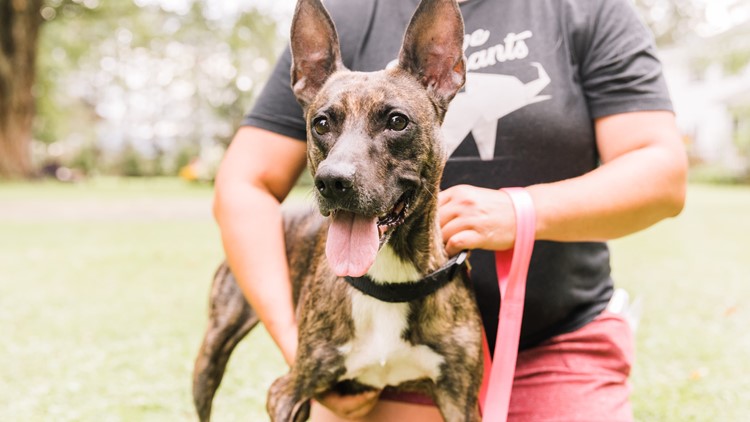 OLEAN, N.Y. — An abandoned Southern Tier pup has had a 'ruff' go of it lately, but a boarding facility in Olean is hoping to change all that.

Heather Holtz, owner/operator of Barkz, says Bella, a young Mountain Cur/Terrier mix, was dropped off for boarding at her facility on July 24. Holtz says Bella's owner shared a story claiming she rescued the dog from teenagers that were beating and burning her.

When the owner failed to pick up Bella on the appointed date, repeated efforts to reach her were unsuccessful. A local dog control officer managed to track down the owner only to find she had moved. Holtz and others are now making it their mission to find the dog a new home.

Bella has a birth defect affecting one of her front legs and has no hair on the back half of her body that a vet says will grow back. Since she's been at Barkz, Holtz says Bella is getting along with all of the other dogs and enjoys running and playing with her toys.She adds the dog does not let her disability slow her down.

"This story is hearbreaking and we just want to see this dog have a great life with a loving owner that won't abandon her, said Holtz. "Abandoning pets at a facility like ours seems to be a theme for people that don't want to pay for a surrender fee for an animal they don't want and it needs to be stopped."

If you have a place in your home and heart for Bella, reach out to Empire Animal Rescue in Salamanca, the organization handling any and all adoption requests.