Bradshaw was one of the 40 people onboard United Airlines Flight 93 when it crashed into an open field in Pennsylvania. 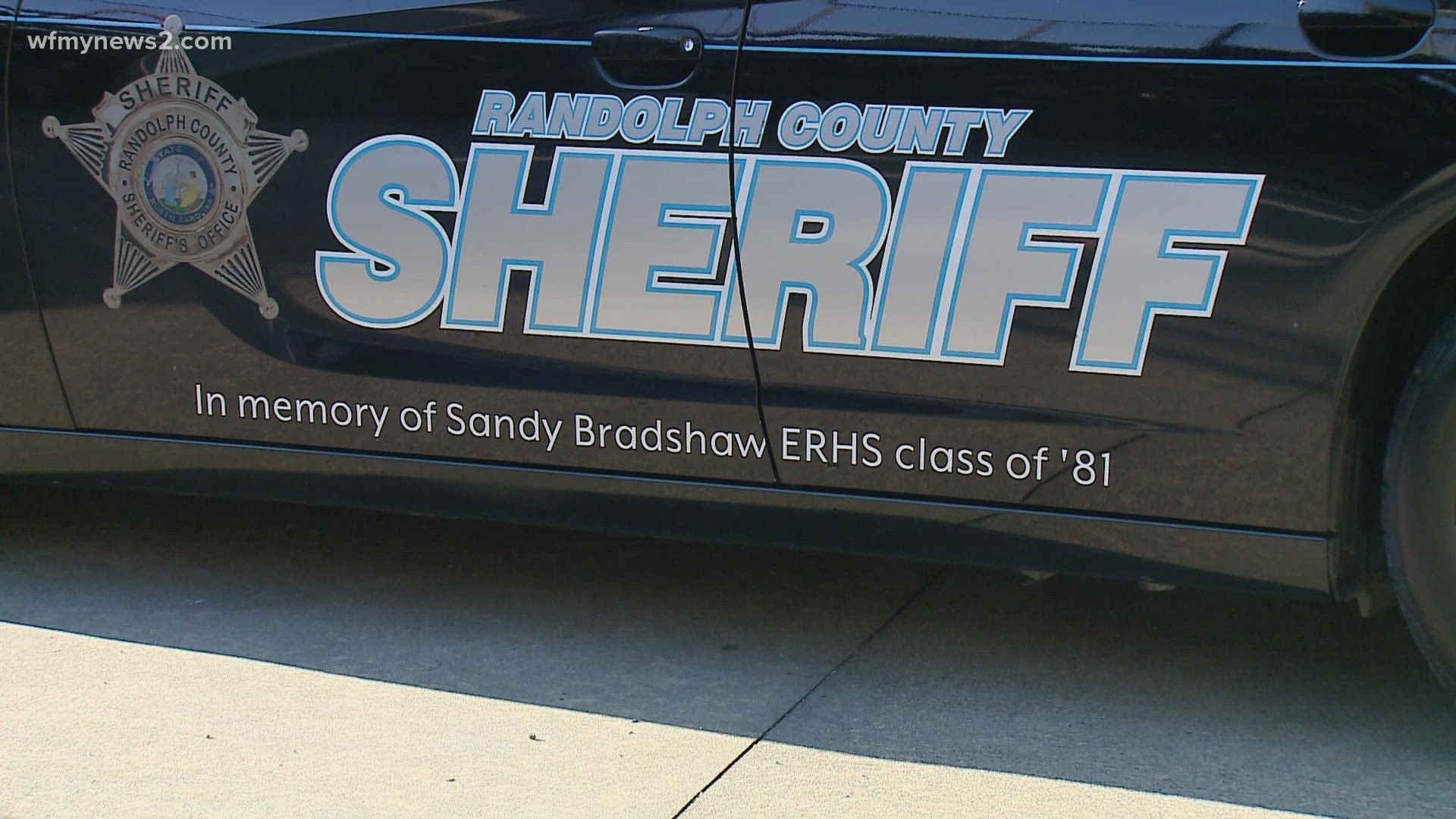 A fourth crashed in Pennsylvania.

United 93 passengers took back control of that plane, ensuring it never reached the attackers' target.

One of the women on board was 38-year-old Sandy Waugh Bradshaw - a flight attendant from the Greensboro area.

The Triad has honored her life and her sacrifice for years.

This week, the Randolph County Sheriff's Office put her name on its cruisers to memorialize the people who died on September 11, 2001.

"I think honoring Sandy and all of those who died and the one who served and sacrificed so much on 9/11 - it's very important that we remember that and to remind the newer generation - the ones that were being born during that year and the ones who have been born since then - let them know what happened and how it did affect everyone," Aundrea Azelton, Chief Deputy with the Randolph County Sheriff's Office, said.

The sheriff's office revealed the patrol cars Tuesday morning during a ceremony at Eastern Randolph High School, where Sandy graduated from in 1981.

Sandy's mother, Pat Waugh, was there.

"It's very special. I'm very pleased and honored that the county would do this," Waugh said.

The decals will be on the cruisers until the end of the year.

Sandy was on United Airlines Flight 93 when it crashed into an empty field in rural Shanksville, Pennsylvania at 10:03 a.m.

She was among the seven crew members and 33 passengers who heroically stopped the hijackers. The plane was believed to be headed for the U.S. Capitol.

Sandy called her husband during the attack. He recalls her saying she and others on the plane were boiling water to throw on the hijackers. As the call ended, she reported that everyone was running up to first class.

She left behind a young daughter and son. Alexandria is now 22. Nathan is almost 21. Although they have no memory of the day, they know their mother was a hero.

Sandy's mother said the day is hard for her, but she hopes people will continue to remember her daughter and the other lives lost.

"It’s always hard around 9/11," Waugh said. "Over the years, it had gotten some easier, but you know, I would say the hardest thing you ever have to face is losing your child."

Sandy's family is invited to the Flight 93 National Memorial in Pennsylvania every year, where her name is enshrined with the other passengers. The names are read aloud during a service of remembrance.

RELATED: Surviving 9/11 was 'just the first piece of the journey'

Check out this video of the Flight 93 National Memorial landscape! The memorial's Visitor Center is open daily from...