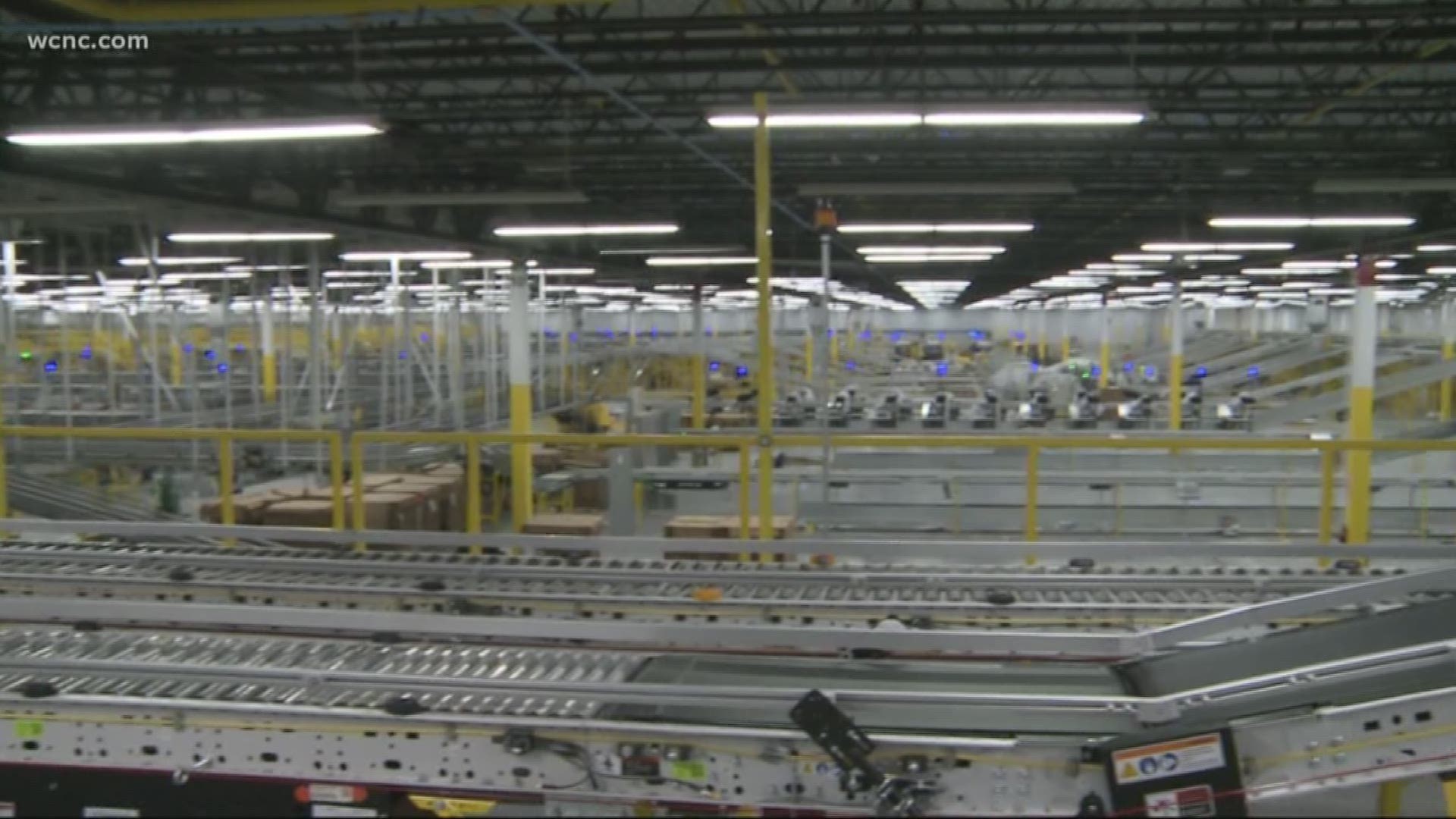 CHARLOTTE, N.C. — NBC Charlotte got an inside look at Amazon's newest fulfillment center in west Charlotte.

The logistics giant just opened a similar center in Kannapolis. The center near Charlotte Douglas International Airport is expected to launch service in just a few months.

Inside, it's still an active construction site. Workers are putting the finishing touches on ten miles of conveyance, and 100 miles of wiring and cable.

A little more than a year ago, the Charlotte City Council approved this project, and now it's nearly finished.

"The progress that they've made in that time is just astounding," said council member Larken Egleston.

Once it's open, the new Amazon center will employ 1,500 full-time employees. The facility marks the third fulfillment center in North Carolina, but it's the first one designed to pick, pack and ship smaller goods -- items under 25 pounds.

It's also the first facility to be robotics-powered.

"This building is the most up to date generation of these buildings," said an Amazon official.

Since the distribution center is for smaller products, it's easier to implement a robotics oriented system. Amazon said it's safer for their employees and increases efficiency.

At an Amazon opening in Kannapolis earlier this summer, the general manager said the company is working toward one-day delivery.

Amazon expects the new west Charlotte fulfillment center to be up and running later this year, just in time for the holiday shopping season.